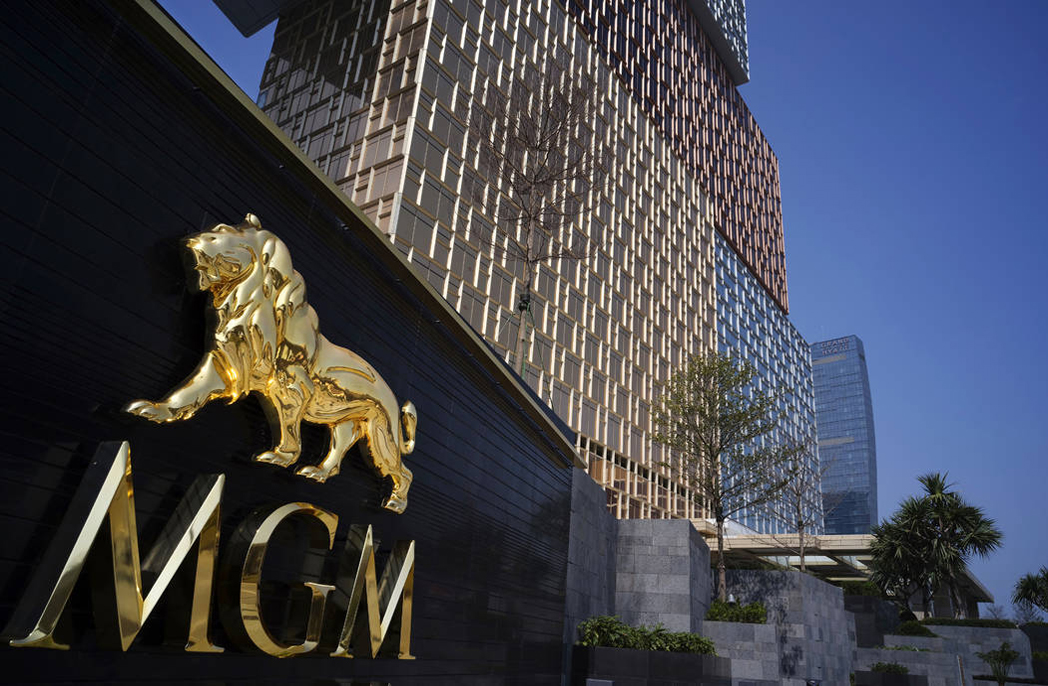 Hot off the back of his crowd-pleasing The Diner installation at Milan Design Week, architect David Rockwell and technology studio, the LAB at Rockwell Group, have recently completed the design of the public areas, restaurant and atrium of the new multi-use MGM Cotai development in Macau.

The design of MGM Cotai is inspired by local culture, and the hotel’s two towers, designed by Kohn Pedersen Fox (KPF), are cantilevered to create a single modern sculptural form, that mimics gold Chinese jewellery boxes.

Within the hotel’s public spaces and amenities, Rockwell Group has introduced intimacy and discovery to the hotel’s lobbies, retail corridors, a traditional Chinese restaurant, and The Spectacle, a football-field-sized, glass-topped atrium at the heart of the project that acts as an intersection for the various amenities.

Several related design concepts have been woven through MGM Cotai’s public spaces. A starting point for the design, says Rockwell Group, was to view MGM Cotai, and Cotai itself, as the axis between east and west. Once ruled by Portugal, Macau reflects a mix of vibrant cultures. Feng Shui principles have been introduced together with motifs to signify good luck, which has been blended with western design concepts.

The retail corridors are conceived as rivers converging at The Spectacle, the east-west axis of the property, which is like a central park. Wood, metal, stone, and glass are layered in sinuous, organic forms, and occasionally the jewellery box exterior of the building is referenced inside, with stacking boxes and layered floating landscapes.

The LAB at Rockwell Group designed the 25 high definition screens that integrate into The Spectacle space and “blur the lines between the physical architecture and digital activation”.

The architectural materials and themes of MGM are represented on the LED installation to create a “cloaked” state that camouflages the screens into the surrounding space with digital representations of the physical environment. The idea is that on entering the space, visitors might not even notice the LED walls surrounding them until materials slide and recede from the screens, and the entire room is transformed into a dynamic theatrical experience.

The design is influenced by the energetic and vibrant local markets and is about celebration, performance and craft. The space is divided by large, intricately carved wood millwork, while a glass chandelier made of thin, jewellery-like discs reflects light. Each food station, from dim sum to noodles, features an open kitchen encased with marble.

The restaurant also features a separate area, which is a moodier, more intimate space with concrete floors featuring inset tiles with Chinese calligraphy. 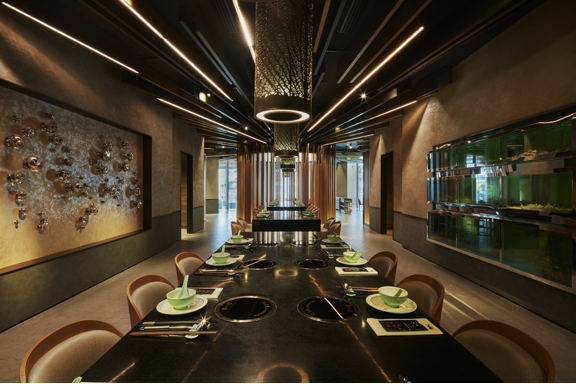 To unify the varying storefronts in the retail corridors, Rockwell Group created an angled datum point that draws visitors through the space. Porcelain tile floors contain curving marble insets that mimic the bands of LEDs in the ceiling. These bands open up in places to feature glass chandeliers. Soffits on either side of the corridors are filled with wood lattice to add warmth and complement the bronze and wood columns.