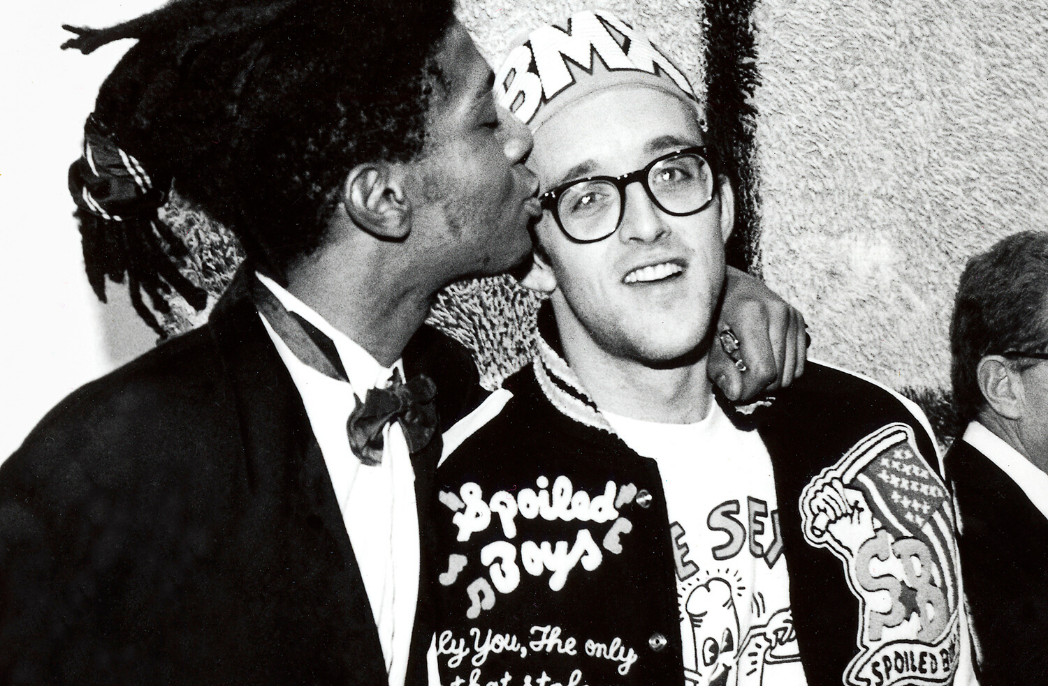 Crossing Lines, a joint exhibition of the work of groundbreaking US artists Jean-Michel Basquiat (1960 to 1988) and Keith Haring (1958 to 1990), has opened at the National Gallery of Victoria International.

The exhibition is loosely a dialogue between two artists who were friends and collaborators in the heady artistically fecund days of 1980s New York. Their work examined, reflected and was informed by such issues as racism, sexuality, AIDS and poverty, in the middle of a vibrant artistic milieu peopled by the likes of Andy Warhol, Grace Jones, Vivienne Westwood, Debbie Harry and Madonna.

The exhibition seems like a natural sequel to a previous blockbuster NGV collaboration – Andy Warhol and Ai Weiwei –which closed in April 2016 having seen just shy of 400,000 visitors stream through the gallery doors. As two of the most creative and important figures to follow in Warhol’s footsteps – his artistic offspring if you like – Haring and Basquiat were obvious subjects for this major exhibition.

This world premiere is the first time that Basquiat has been presented in a major Australian exhibition, and it’s also the largest collection of Haring’s work ever displayed here.

In a comprehensive and wide ranging display there are over 200 artworks, which include art created in public spaces, paintings, sculptures, objects, photographs and works on paper.

Tucked away in the middle of Crossing Lines there is also a photographic display of the works of photographer Maripol, to further contextualise the respective oeuvres of Basquiat and Haring.

An exhibition this impressive and extensive also includes myriad sketches, informative notebooks, diary entries and random creations, a rare few of which may induce the cynic to question their merits – wondering whether they were really intended to be taken as deeply serious contributions to the conversation or were merely scattered doodles later pounced upon by enthusiasts and completists. But the sheer number and quality of the major pieces more than mitigates any sense of the emperor’s new clothes. Particularly the almost unbearably poignant painting that Haring created as a tribute after his friend’s death, Pile of Crowns for Jean-Michel Basquiat.

And the video footage of a young Haring at work in the subways of New York, finding empty advertising spaces and creating iconic and prolific images in the time it takes a police officer to catch up with him and make an arrest is diverting and genuinely educational.

The NGV has seen some remarkably successful exhibitions over the last few years, with Van Gogh and the Seasons and MoMA at NGV also drawing huge crowds.

Crossing Lines runs from 1 December 2019 to 13 April 2020 and, judging by the interest it has already inspired, it will be no surprise if the NGV has another hit on its hands.

For further information on the exhibition and opening times click here.

Beyond the wall, the floor