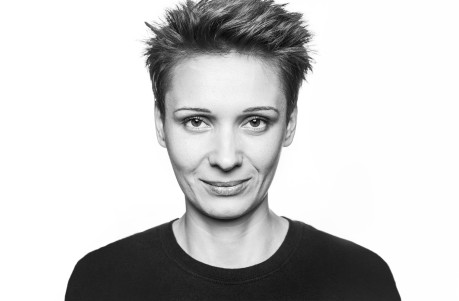 Mapping our interiors: Anka Boychev goes inside with Google

Most of us are familiar with Google Street View – the ability, in Google Maps, to zoom in to a ground level and see the street as you would if you were standing on it in real life. Google Virtual Tours takes this a step further and allows the visitor to view a store or showroom’s entire interior through Google Maps, in the same way they can view its outside on Street View.

Google Virtual Tours is not a new technology; it has been around since 2010. By 2013, 100,000 businesses worldwide had registered their companies with Virtual Tours, however as it so often does, Australia lagged behind and began adoption of the technology much later than our overseas counterparts.

Virtual Tours presents an advantage for retail showrooms, as well as offering another way for interior designers, architects, and makers to showcase their work to the world. While creating a tour of a private residence isn’t really possible due to privacy reasons, the display of public venues such as bars and restaurants, hotels, guest houses, and other public arenas is. A Virtual Tour of a project can add another dimension and display an interior in an way that is as close to actually being there as is possible. It also allows for a maker to display their showroom and products in a way that is lifelike and ideal to the 21st century shopper.

While Street View is captured predominantly via Google Street View cars, Virtual Tours is captured by Trusted Photographers – independent contractors who are not employed by Google but certified by the company to take a series of carefully measured photographs that can be stitched together and turned into a Virtual Tour.

Anka Boychev is a photographer at Viewmage and has been working on Virtual Tour photography for around two years.

Tell us about your background career – where did you begin with photography, and how did you end up working on Google Virtual Tours?

Photography became a part of my life in the early years of primary school, at first for fun. I would photograph friends during school, then later I studied at four art schools in Poland.

The first time I heard about the Google Street View Trusted project was three years ago. The job caught my attention because it could give me the opportunity to visit places I’ve never been before – I remember checking to see if I could visit and photograph one of the London’s galleries that I loved. I then volunteered at Google, went through the selection process, and became a Google Certified Photographer. I was so excited that I started to telling everyone I met. Only a few people back then knew that with Street View you can look inside business premises. Then once I came to Australia, I continued working on the project because I honestly believe that it’s a great service with a lot of benefits for businesses in a variety of industries.

How many photos do you have to take on average to make up the virtual tour of a store?

There is a difference between a photo and 360° panoramic photo which is made of 12 photos. Photo shoots will normally include the main customer-facing areas of a business. We work with the client to determine what areas of their businesses they would like to highlight, or even exclude from the shoot. The goal of the photographs is to show customers what they would expect to see if they visited the business on a normal day. For a small coffee shop, it can be between one and three panoramic photos, or for a retail showroom it can range from 9 to 15.

What kinds of places are most commonly utilising the virtual tour at the moment, and which kind of stores see the biggest advantage from taking up virtual tours?

At the beginning, retail. The retail industry is undergoing a dramatic shift: in-store foot traffic is down, online research is up, and smartphones are becoming increasingly important to the consumer’s in-store shopping journey. The future of shopping isn’t local versus online – it’s both, together, all at once. Retail stores display a selection of inventory and buying experience with Google Virtual Tours. These tours become part of Google’s official content in their business listing and appear next to their phone number and address in organic search results.

Secondly would be the hospitality industry. Google Virtual Tour is especially ideal for businesses that welcome people into their space, so it is particularly applicable to the accommodation and travel industry. The top five areas that can see the biggest advantages would be: retail; restaurants, pubs, coffee shops; venues, function facilities; hotels; gyms, salons and spas.

How common is this technology in Australia? Are you seeing a lot more people taking it up?

In Australia Google Virtual Tours is only just starting to pick up. In Europe, it is already the standard.

Do you think there is a future for purchasing products directly through virtual tour? What do you think is the in the future for this technology?

New research shows that digital now drives a surprising number of in-store sales as shoppers gather information and buy wherever it’s convenient for them. To make the most of this trend, ambitious brands are changing the relationship between their local stores and digital presence: how they share local inventory with shoppers; how they offer mobile experiences for showrooming customers and, especially, how they build their teams, budget their marketing and measure results in an omni-channel world. So, yes, absolutely there is future in it, and even now there are apps that can build layers on an existing Google Virtual Tour to allow for a direct purchase from the tour itself.

What has been your favourite store to photograph and why?

We love to work in places that are beautifully designed, bright, spacious, in which objects are not placed incidentally. Spaces that arose out of the love of their owners to share their passion and ideas with others.

It’s hard to explain but there are places where you go and you know that the owner gave this place a piece of him or herself.