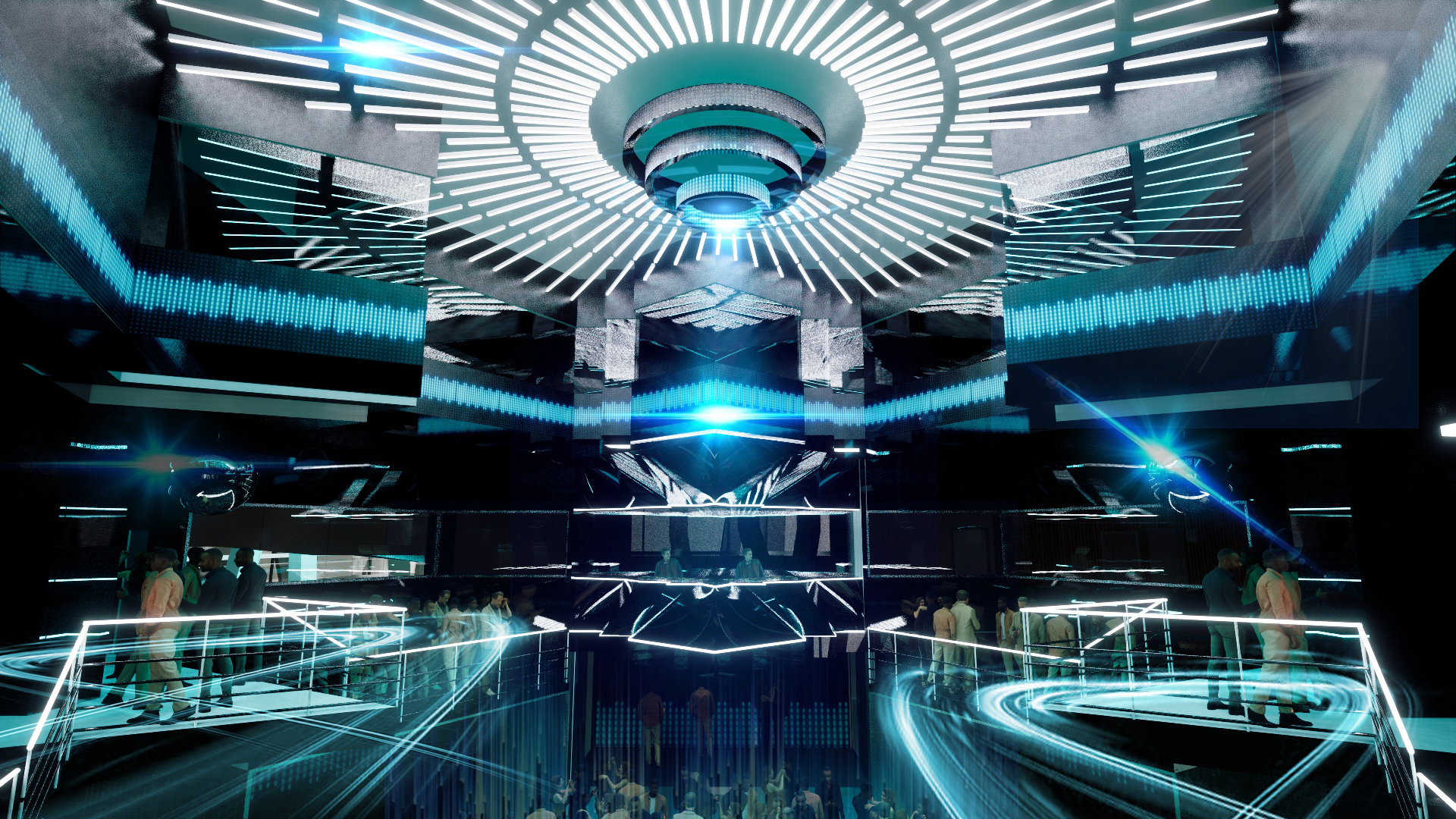 The exploration of queer self-identity through the analogy of the bedroom is at the centre of the Design Institute of Australia’s Interior Design Graduate of the Year winning project by Ben Burrows.

The Village is an inclusive multi-use vertical village for Brisbanites that “reconceptualises the existing narrative” of the city’s urban environment and allows for queer people to “connect and create a sense of community”.

The building is divided into spatial devices that speak to the traditional relationship of queer people within the built environment with names like the Closet, the Mirror and the Bedroom.

Burrows tells ADR that he abstracted these spaces with the idea of a queer person navigating through life.

“You have your coming out at one significant point generally,” he explains. “But every time you interact with a new user group or you start a new job, it’s this constant coming out or revealing of oneself.”

Drawing from this, Burrows designed pitch black lifts (The Closet) with “deafening acoustics” that open to mirrored lobbies (The Mirror), which simulate the intense experience of continually coming out as the user transitions through the building.

The nightclub, Terminus, is then a layered experience of the public realm with a descent over four floors that abstracts the ideas of ‘suburbia’, ‘the city’, the ‘interstitial’ and the ‘peripheral’.

Externally, Burrows added an extruded podium at the ground floor plane of the COX and Arup-designed skyscraper, One, One, One Eagle Street, where he envisions inserting his project.

This architectural intervention to an existing building was designed to “interrupt the streetscape” and further explore the concept of visibility.

“(The Viel) is about bringing what has traditionally been concealed out to the front,” he explains.

“So it was really taking cues from that common structure inside the building that’s hidden during the day. And then it comes out at night, much like a lot of the queer community, traditionally.”

The mature age student, who now works at Hassell, says he was also seeking to disrupt the current narrative of city design through The Village.

“I wanted to switch up the homogenous spatial dialect of our cities, which are inherently really heteronormative because we used to design for one kind of person, and now universal design and designing for inclusion is something that’s really important.”

Burrows’ other winning project, The Bale, explores a similar theme, but caters to juvenile offenders.

The adaptive reuse project, which is designed in a Heritage-listed building in the Fortitude Valley, is a multipurpose facility that assists in the transition of juvenile offenders back into society.

“I grew up in quite a low socioeconomic area. I went to public high school, and obviously I’m a member of the queer community myself,” says Burrows.

“So I always try to think of how we can design for all and yet create really memorable experiences, while challenging what we currently perceive through interior design.”

The Bale aims to create a point of difference from traditional juvenile detention facilities.

The middle of the floor plate across the three-storey structure has been removed, creating a large void, which Burrows explains “opposes traditional concepts of prisons” by removing central surveillance points.

“I wanted to pay homage to the existing building and really reference what is in the area,” says Burrows.

“It’s an old industrial area with a lot of brick and steel wool sheds. So I thought about how I could reuse existing materials and existing equipment, while creating spaces that positively contribute to the defined user group.”

Now in his second year at Hassell, Burrow says he’s looking forward to moving overseas and designing “from a different perspective” to his own.