Home • Interiors • “Be the originator of your own design” – Mim Fanning, on 20+ years in the industry 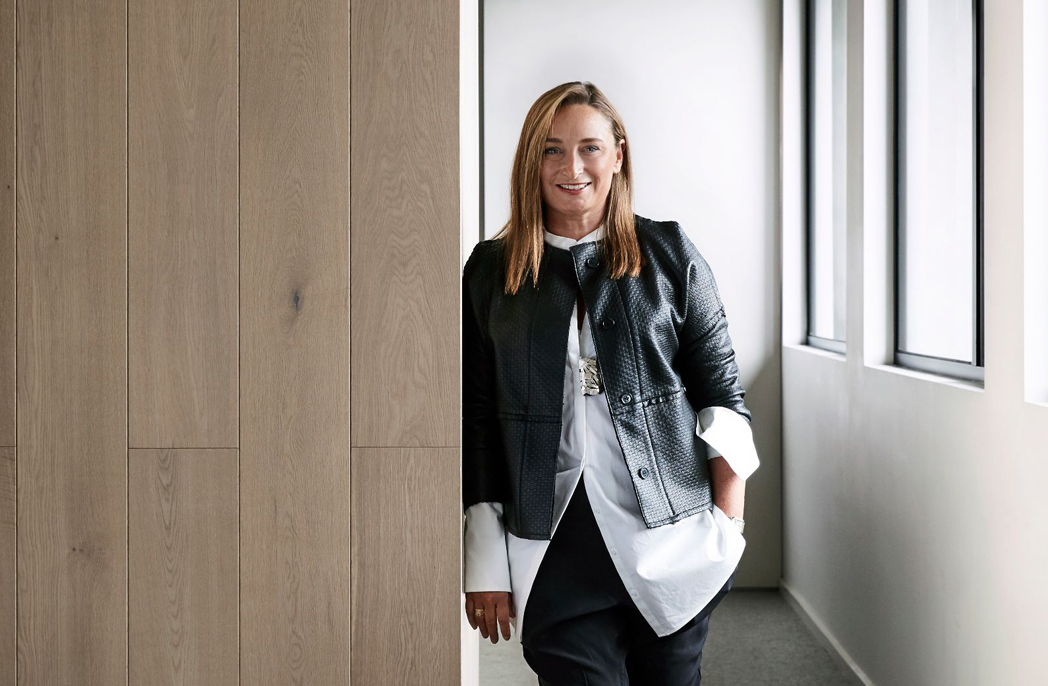 “Be the originator of your own design” – Mim Fanning, on 20+ years in the industry

The day you stop being inspired is the day you should stop designing, says Melbourne interior designer Mim Fanning.

The design veteran and head of Mim Design sat down with ADR recently to chat about the 20-year anniversary of her studio.

“If you’re a designer, you live it, you breathe it. It’s part of your life, and for me, you’re always searching for different outcomes and new ways of doing things,” she says.

“I never wanted to part of design firm that just goes off and does what it wants. Design is for the people. It’s to create something new, something that has reason, form, function and can stand out if you want it to or can sit in the background.”

Fanning got her start in 1988 at the architecture and design firm Buchan Group, where she progressed to associate director before founding her own studio in 2000.

“When I first started, I wanted to work for a larger architectural practice because, at the time, interior designers were just doing the finishes and weren’t going into the micro aspects of what those interiors meant,” she explains.

“That didn’t sit with me because I really wanted to understand the mechanics behind design and why you do design.

“I wanted to design with imagination and be inspired by what I was putting out there.”

From working as a consultant with a “baby in tow”, Fanning built Mim Design into a studio of 30, establishing a registered architectural team and making Luca Vezzosi its inaugural Director of Architecture earlier this year.

Vezzosi came to Mim Design following five years at John Wardle Architects, a Masters of Architecture at the University of South Australia and an early education in fine art at the Istituto Statale D’arte in the Northern Italian region of Liguria.

For Fanning, both the growth of Mim Design and the addition of Vezzosi are tied to her personal philosophy of “designing for reason.

“I don’t think the public truly understands what an interior designer does. Some TV shows don’t particularly help in this respect, and some of the courses that aren’t recognised don’t really help either,” she says.

“That’s why interior architecture and interior design are both of equal standing to us. It’s not just the application of a finish on a substrate. It’s the recreation of a space that’s really important.”

Vezzosi was crucial to Mim Design ensuring its design responses were “buildable” and their details “beautiful executed.

“I’ve got a true passion for stone and authentic materials, and Luca is infatuated with bricks and concrete. And we’re both obsessed with the craftsmanship, which brings individualised design outcomes to all our projects.”

The pairing also helps keep Fanning “fresh and authentic” after more than two decades in the industry.

“It’s hard to keep coming up with new ideas, but if you keep to your design pillars – quality, strength, structure, proportion – you can always meld and carve things.

“If you’re designing for a reason and not just designing something because that’s what you’ve seen elsewhere, all the cards fall into place and it all makes beautiful sense.

“Sometimes you walk into a space that’s been designed for all those reasons and you can’t put your finger on why you love it, but it just feels great. That’s how I like to work.”

Fanning is celebrating the two-decade anniversary of Mim Design with her first book, Works 2000-2001, which will hit stores this September.

“I’m calling it the September issue,” she says with a laugh.

“I love books full-stop. I’m a book collector. I love paper. I love that a book can be a piece of artwork, so it was something I’ve always wanted to do.”

Fanning curated each page of the book herself, working with a local publisher and graphic designer friends. The collection will feature some of the studio’s most iconic projects from the renovation of Christopher Skase’s Sheraton Mirage Port Douglas Resort to the $30 million Horizon mansion at Flinders.

“People often ask us what a Mim Design project looks like,” says Fanning.

“But each project has its own meaning and they’re all completely different in their detailing and their response because it embraces the person or the business it’s being designed for.

“It’s like tailoring your own suit really. You tailor your project so it actually talks and gives an emotion to the people that are going to be in that space.”

As for Australian design and the next generation of interior designers, Fanning’s advice is to stay humble, “show empathy” and always seek to be the “originator of what you’re doing.

“If you rely on things like Instagram for inspiration, you should really think about how you’re being inspired,” she says.

“Australians don’t try and be something they’re not. We’ve never been like that as a culture and that carries through in our design. We design for the emotion of the senses, for light and for airflow.

“So don’t design for a trend. Design for a reason and design something that has impact with what it does and can tell the story of what it’s meant to be.”

“Teamwork is more crucial than ever” during COVID-19, says Miriam Fanning