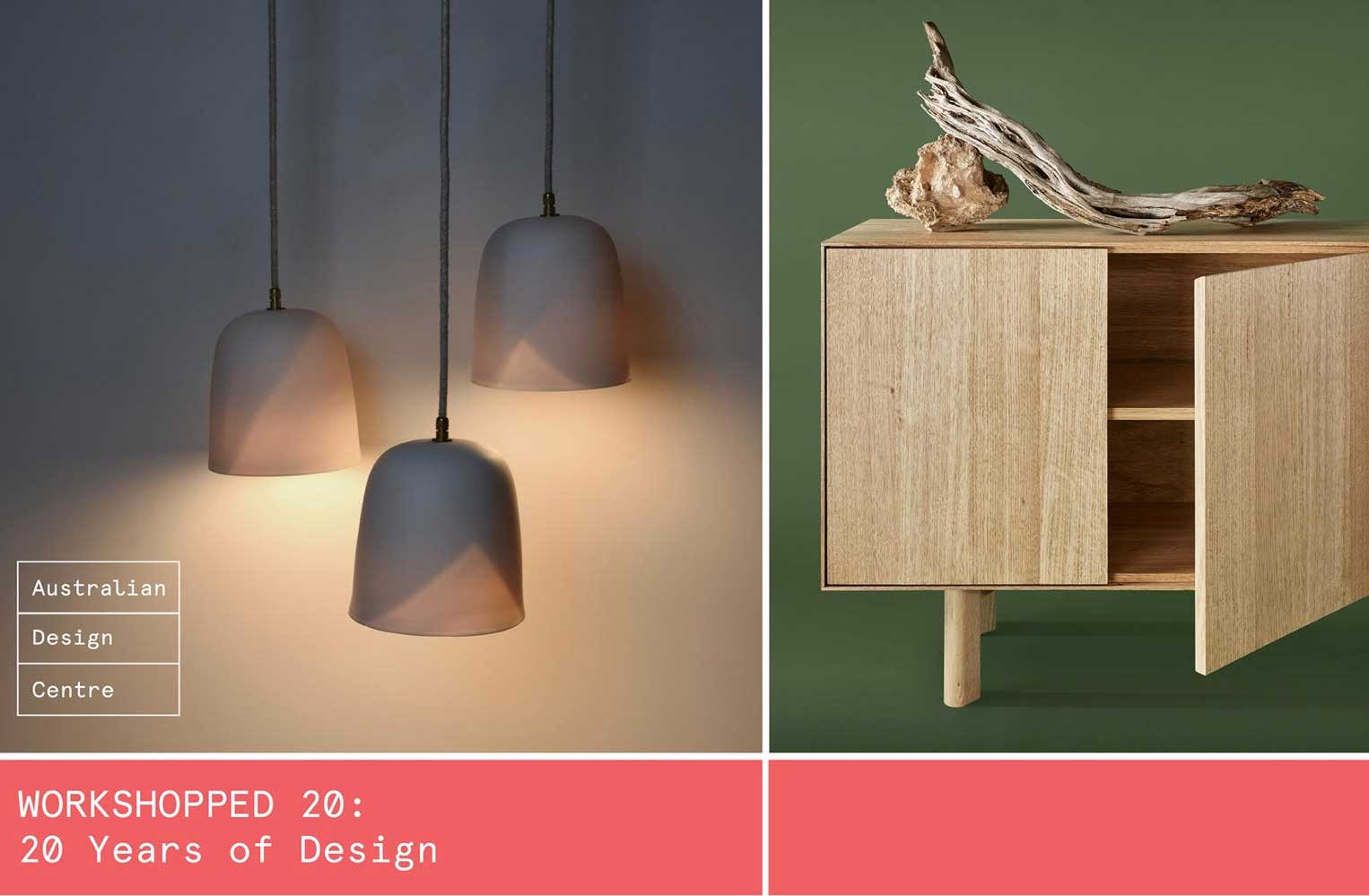 Australian Design Centre looks back at 20 years of homegrown design

The work of Adam Cornish, Alex Gilmour, Adam Goodrum, Charles Wilson and some other well known Australian designers who got their start at WORKSHOPPED are at the centre of its latest exhibition at the Australian Design Centre.

WORKSHOPPED20 looks back at 20 years of Australian design by emerging and established designers and celebrates the annual program, which was started by Leanne Gibson as part of Sydney Design Week.

Since then, the exhibition has been held in The Strand Arcade, Chifley Plaza, the Queen Victoria Building, Supa Centa Moore Park, Surry Hills Design Precinct and most recently, the Australian Design Centre.

“After two decades, WORKSHOPPED is still leading the way. A champion of the creativity and ingenuity of Australian furniture, lighting and object designers, producing products for global brands to critical acclaim,” says the WORKSHOPPED team.

“It has presented the work of more than 650 Australian designers in over 20 exhibitions and been viewed by over 750,000 people.”

WORKSHOPPED20 marks the anniversary with a selection of recent work by successful Australian designers who kick started their career in a WORKSHOPPED exhibition.

It also features work by more than 30 other Australian artists including creative duo John Wardle and Simon Lloyd, who have designed a system of vase like ceramic vessels to assist in the care of freshly cut flowers.

The year’s Emerging Design Award was given to Josh Riesel for Lucidum, which uses post manufacturing wood shavings organically bound together with Reishi mushroom mycelium to shape a table top light.

Indy Wilson won the Sustainability Award for Summit, a carefully formed occasional table that mimics the silhouette of a mountain.

WORKSHOPPED20 is at the Australian Design Centre in Darlinghurst until 30 September.