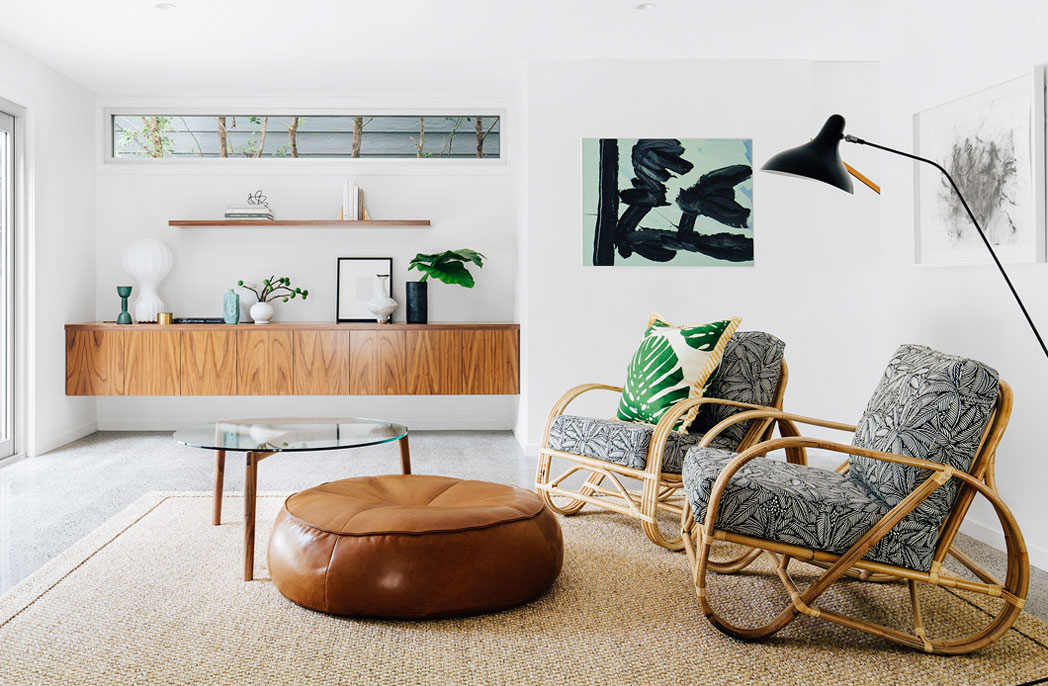 It’s time for another wrap-up of what garnered the most interest amongst the industry throughout 2016. Here, ADR looks at which interior projects had people mesmerised.

From the next generation of sustainability-focused apartments to beach houses and large-scale commercial projects – there was a range of themes and design languages that were popular, all expressing a unique Australian aesthetic.

A series of three green-roofed terraces in Sydney’s Newtown, designed by Steele Associates, were the first of their kind to be built in Australia. Featuring burnt timber façades and flowing green foliage on the street front, 88 Angel Street proved to be a popular read.

Founder of Steele Associates, Oliver Steele stresses that “we’re facing a crisis. I call it ‘ecofatigue’. Many architects and designers feel sustainability is a bit of a fad or a style. Almost constraining enough to rebel against.”

Bringing three practices together to execute the architecture, interior architecture and decoratin, Pacific Lighthouse features curved walls which brings an impressive volume to the space.

When talking about the location, which is right at the heart of Bondi, Jonathan Richards of SJB says, “It’s one of the only places in the world where backpackers and millionaires are walking the same pavement, enjoying the same lifestyle – a true city beach.” As such, the decision to create an aesthetic combining a relaxed lifestyle with glamorous overtones is perfectly suited to its locale.

This London-based project by HASSELL is spread across eight levels of an existing Georgian building in Westminster.

The brief called for a design that interpreted the brand’s culture and needs with sophistication, resulting in an interior that is comfortable and draws references to a private residence rather than just a workplace.

2. The Macmasters beach house by Arent&Pyke

A contemporary iteration on the eponymous Australian beach house – Macmasters by Arent&Pyke echoes beachside living, combined with a mix of the urbane.

“Throughout the design process, the client was set on a path of discovery and inspiration – via materiality in the custom and bespoke furniture elements, as well as the actual lighting, furniture, artwork, and styling items that were sourced for the house. The feeling is casual, grounded, yet thoroughly modern,” says Juliette Arent.

The most viewed interior project of 2016 was Harbour House by the studio of this year’s Gold Medal winner, Kerry Phelan of KPDO.

Redefining luxury, this private residence boasts views over Sydney Harbour, and has been a labour of love for the KPDO team. Three years in the making, the home for five includes generous entertaining spaces, a fluidity of form, individuality and incorporates a prized art collection.

The project was executed in collaboration with Architect Luigi Rosselli to create the three-level residence on a steeply-sloping site.