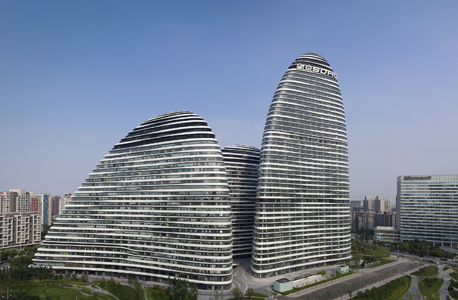 The London-based studio calculated the figures by comparing the median hourly pay rate of the firm’s staff salaries. When it comes to the difference in bonuses, that figure rises to 33.33 percent.

In a statement, the studio claims the pay gap is due to a greater number of men in senior positions at the company over the past 30 years.

“This pay gap exists because higher proportion of our longest-serving team members who grew the practice with Zaha Hadid over the past 30 years are male and have continued to lead the company since her passing in 2016. We therefore currently have a smaller proportion of women than men in higher paid senior positions.”

“23 women and 13 men joined the practice in the 12 months up to April 2017 and therefore did not receive a bonus in the period, contributing further to the bonus pay gap,” the statement reads.

The figures come following a change in UK law that from this year requires organisations with 250 or more employees to publish their gender pay gap data annually.

“Men and women in equivalent roles at ZHA are paid equally. We are committed to an inclusive working environment of equal opportunity that is gender aware and recognises the important contributions of every individual member of our team,” added chief executive Mouzhan Majidi.

“ZHA is a family and we continue to grow. Together, we celebrate our successes and work to overcome our challenges. We will always champion equal opportunities for all, irrespective of gender, race or background.”

Moving forward, ZHA said that it will “pledge to implement working systems tailored for all and to address the key issues of our industry that will enable more women in architecture to realise all their ambitions”.