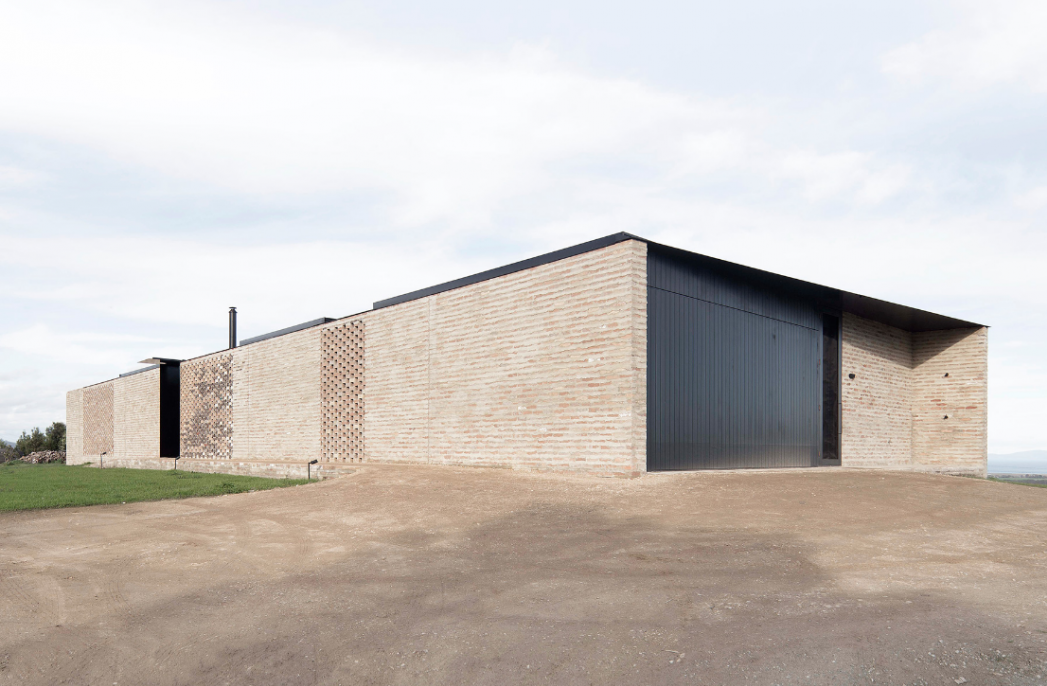 This year has been one of growth for our social channels, with Instagram hitting 10,000 followers, working hard to promote and celebrate local practices along the way. Thank you to all of our followers for your support, and if you aren’t following us yet, you can find us at @ausdesignreview. You can also find MEZZANINE at @mezzanine_mag.

Now, as part of our celebration of the best projects of the year, we take a look at ADR’s top 10 Instagram photos for 2016:

10. Carlton Cloister by MRTN Architects
With a corridor that links the main house and the two-storey addition, the single-fronted terrace house by MRTN Architects makes the most of space while aligning with both the indoors and outdoors absolutely seamlessly.

A post shared by australiandesignreview.com (@ausdesignreview) on Nov 11, 2016 at 3:05am PST

9. Acute House by OOF! Architecture
OOF! Architecture’s transformation of a ‘renovator’s nightmare’ – an extremely decrepit cottage – into a contemporary family home takes a very limited, triangular site and uses it to its absolute potential while maintaining as much of the original premise as possible.

The Acute House was originally a decrepit cottage which had become impossible to inhabit but was loved by the neighbourhood as well as its owners. As such, @fooilingkhoo tried to retain its weathered character by reusing as much original fabric as possible.⠀ .⠀ Photo by @nicgranleese #ausdesignreview #architecture #australianarchitecture #australiandesign #design #timber #interior #design #interiordesign #home #archilover

A post shared by australiandesignreview.com (@ausdesignreview) on Dec 15, 2016 at 1:06am PST

8. Carlton Cloister by MRTN Architects
The simple palette and clever connection with its surrounds has earnt this project hundreds of Instagram hearts and two of 2016’s top 10 spots. (The cat seems quite happy about the maximised outdoor views, too).

A post shared by australiandesignreview.com (@ausdesignreview) on Nov 16, 2016 at 8:02pm PST

7. Wangjing Soho by Zaha Hadid Architects
Following her death, AR145 featured a retrospective on the life and career of ‘starchitect’ Zaha Hadid – including a look at her work on skyscrapers, which often completely disregarded the genre’s orthodox design. AR also explored her undeniably strong influence within the museum sector and on performing arts buildings. One of Hadid’s most recognisable works, Wangjing Soho, is an office and retail complex in Beijing, conceptually conceived as ‘Chinese fans that circle and embrace each other in an intricate dance’.

“I am sure that as a woman, I can do a very good skyscraper,” said the late Zaha Hadid. This week begins a retrospective series on Hadid which originally appeared in AR145 – this week we focus on her work on high-rises. Read more at australiandesignreview.com . Pictured is ZHA's Wangjing Soho in Beijing, China. 📸 Photo by @vsbhongkong

A post shared by australiandesignreview.com (@ausdesignreview) on Jul 20, 2016 at 7:03pm PDT

6. Balmain House by Fox Johnston
The eye-catching Balmain House features a sculpted second story which floats above the ground plane, containing the main bedroom, ensuite, library/gallery and study. The upstairs spaces were carefully shaped and designed in order to preserve views and sunlight accessibility, as well as to open the house to ventilation.

5. Woods Bagot Melbourne Office by Woods Bagot
Inspired by Ferran Adria’s cookbook, The Family Meal, Woods Bagot’s Melbourne office employs a sense of domesticity within the workplace – resulting in a range of formal and informal spaces formed around a large central space at the core of the floorplate. The timber-dominated project won the Workplace Over 1000sqm Award at IDEA 2016.

We are still on a high after Friday's reveal of the #IDEA2016 winners, it was such a fantastic night. Thank you and well done to all practices involved!⠀ .⠀ @woodsbagot were double-winners, going home with the #Workplace Over 1000sqm award for the Woods Bagot #Melbourne Office (pictured), and the Public Space award for International Towers #Sydney, Tower 2 Lobby 👏 .⠀ .⠀ Read the full list of winners through the link in our bio. Thank you to @workspacecf_ and @interstudiofurniture, our sponsors for these categories. Photo by @peterbbennetts #ausdesignreview #interiordesign #interior #design #award #architecture #australianarchitecture #australiandesign #timber

A post shared by australiandesignreview.com (@ausdesignreview) on Nov 21, 2016 at 1:01am PST

The Acute House by @fooilingkhoo is a clever and creative response to a site with severe limitations, and won the Residential – Alterations prize at the @architeam_cooperative Awards last week!⠀ .⠀ To see the full list of winners, click the link in our bio. Photo by @nicgranleese #ausdesignreview #architecture #australianarchitecture #australiandesign #architeam #design #interior #design #interiordesign #awards

A post shared by australiandesignreview.com (@ausdesignreview) on Nov 25, 2016 at 3:04am PST

3. Indigo Slam by Smart Design Studio
Since its reveal, Smart Design Studio has won quite a collection of awards for this whimsical home, including the Residential Single award at this year’s IDEA. The home features a façade of sculpted concrete, serene living spaces and monumental halls.

@smart.design.studio's THIRD award at #IDEA2016 was the Residential Single award, for Indigo Slam. The home features a façade of sculpted concrete, serene living spaces and monumental halls. Congrats to the team on such a fantastic year.⠀ .⠀ Read the full list of winners through the link in our bio. Thank you to @hallidaybaillie, our sponsor for this category. Photo by Sharrin Res #ausdesignreview #interiordesign #interior #design #award #architecture #australianarchitecture #australiandesign #concrete #chippendale #sydney #linkinbio #archlover

2. Fish Creek House by Edition Office
This project won the Residential – New category at the Architeam Awards in November. A striking home constructed out of pale bricks, it sits low to the landscape, hugging the ground of a ridgeline.

🏆 Well done to @editionoffice who took out the Residential – New category with its Fish Creek House at the @architeam_cooperative Awards last week.⠀ .⠀ To see the full list of winners, click the link in our bio. Photo by @benhosking1984 #ausdesignreview #architecture #australianarchitecture #australiandesign #architeam #design #timber #interior #design #interiordesign #awards

A post shared by australiandesignreview.com (@ausdesignreview) on Nov 24, 2016 at 7:05pm PST

1. Brick Addition by NOJI Architects
This Dublin extension, reposted from Kinwolf Renovations, was our most popular post of the year by far. The project connects the existing house to the garden and the original mews beyond, while pitched roofs maximise the home’s internal volume.

A post shared by australiandesignreview.com (@ausdesignreview) on Aug 14, 2016 at 3:02am PDT