Home • Architecture • Technology as the tool 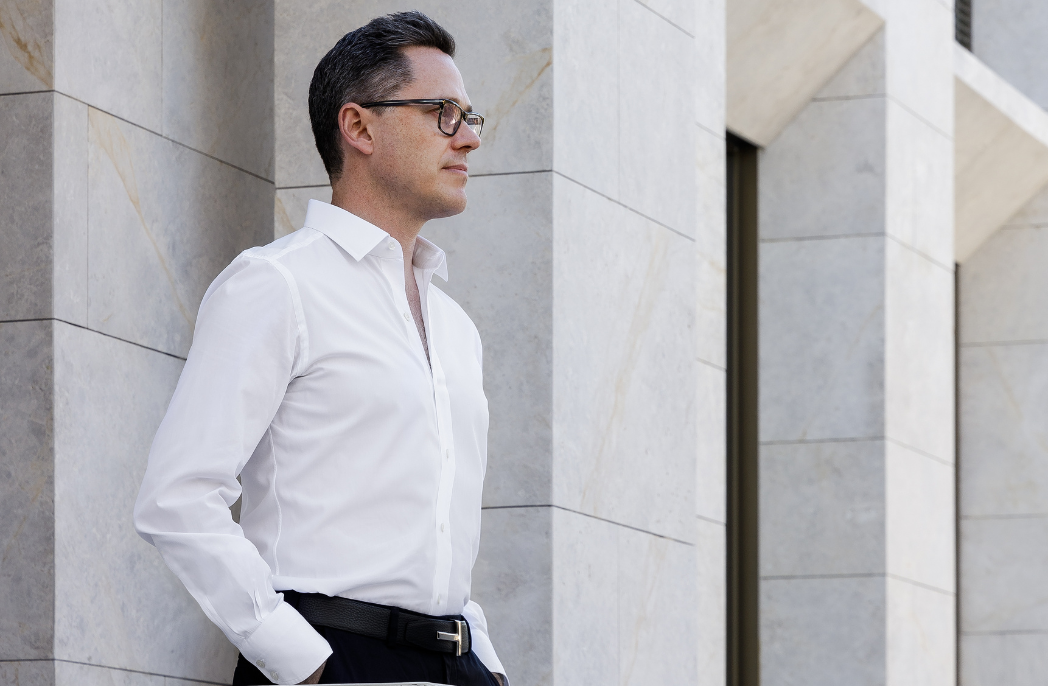 Technology as the tool

Paul Conrad’s architecture practice began just as the use of technology in the industry was beginning to take off. But he prefers to see it as the tool of great design, rather than the focus.

Founder of Conrad Architects, Paul Conrad was never the techy geek when starting out. Training at the University of South Australia in the early 90s, his focus, he says, was purely on architectural design and taking an old school approach. “I was probably the last generation to use a drawing board,” he says. “There was one CAD system at our university and it was on one of those big mainframe computers. I think we may have done half an hour a week for one semester. In a five-year course we hardly touched it at all.”

After graduating, however, and working at such large-scale practices as Hassell and Woods Bagot, his interest grew once he had started his own practice in 2008. “It evolved organically over time,” he recalls. “[It was the result of] being in a position to make decisions about how we adopt and use technology in the business.”

The timing was fortuitous. “At the time I started I could tell that a bit of a technological leap was starting to occur in that previously everyone used AutoCAD, which was just drawing in two dimensions. So the computer had replaced the drawing board, but the process was almost the same. You drew a floor plan and then independently you drew an elevation and a section.

“As I started the business the next generation of technology was beginning to be developed and I made the decision to adopt the software right from the beginning.”

Conrad says he was originally alerted to this evolution during his time at Hassell. The head of IT there was a real ‘tech head’ he says, and their conversations about Autodesk’s innovations spurred Conrad into investigating the possibilities further himself. “The next generation of technology was beginning to be developed and that was moving to drawing one single model in three dimensions,” he recalls.

“I took myself off to a training course for a few days and learned how to use the software.”

In the early days of starting his own business Conrad found he had some time on his hands. Smartly, he decided to use that time productively. “I didn’t actually have all that much work on at the time, so I was spending a lot of time drinking coffee. It gave me the time to learn [the software]. I saw it as an opportunity too. I only had enough income earning work to take up half my time, so I thought I’d spend the other half trying to do something beneficial.”

Fast forward 14 years and Conrad Architects now has a staff of 15. The practice uses Revit as its basic drawing tool to create single three-dimensional (3D) models of the buildings or interiors of projects. The drawings are then all taken from this. It also uses software like Matterport and other similar 3D point cloud survey technology, says Conrad. “This is about obtaining existing conditions and data – once again in three dimensions rather than the traditional two-dimensional survey plan we used to receive.”

Matterport is used heavily in the US, says Conrad, particularly in the real estate industry. “That’s what it was developed for, I think. When ​​someone sells a house, Matterport comes in and effectively creates a 3D walkthrough of the property. So anyone can just go online and walk through it.” It’s not yet used as widely in architecture, he says.

When recruiting, Conrad is looking for people who already have the right tech skills.

“We hire with that in mind. We’re lucky that the software we use is probably the predominant software used in the industry. It has taken over and I think they teach it at university. It’s not too challenging to find staff that can use it, but even five or six years ago it was quite hard. There’s been a very strong adoption of it over the last few years.”

By their pupils will be taught

As in so many industries, Conrad says that he has gone from leading the way in this space to now being overtaken by the digital natives joining his practice. “I think the young people are ahead of me now. The universities are at the forefront of VR (virtual reality) and that sort of technology. The younger people coming through now are very tech savvy.”

This has been particularly helpful over the last couple of years when COVID-19 affected many aspects of the business. “We started getting enquiries from overseas,” he explains. “Obviously we couldn’t travel, so the tech really made those jobs possible.​​ The fact that we could receive a 3D survey of the existing houses that we were doing renovations on or additions to. And that would all be coloured and textured. And we could then interrogate that model. We could walk through the spaces. We could visualise the existing conditions. I guess we could have done them without it, but it would’ve been much, much harder.”

“We still need to understand that there’s nothing as good as being there in person,” he adds. “But in the circumstances it provided a very good substitute for that.”

Conrad may be something of a tech evangelist, but he remains committed to the idea that the design comes first and the tools second. “We use technology purely as a tool to achieve the aims that we want to,” he says.

This means not leading with the technology, he says, pointing to firms like Frank Gehry and ARM (Ashton Raggatt McDougall) as examples of practices that use technology to generate their designs, and programs like Grasshopper that creates a design once certain parameters are input.

“We don’t really do that. At the end of the day our aim is to produce buildings. We don’t get the benefit of being able to prototype at all. Like car manufacturers, they may build a car 50 times before the final product. We don’t get that benefit. Our first prototype is the real thing. So we then rely on other tools to help visualise and test our designs.

“I think that virtual reality will continue to evolve and we are aiming to pursue that – once again just as a tool to help us design better. Communicating to clients is always a challenge in architecture, because clients aren’t educated in reading plans or understanding spaces as we are. And so we use different drawings and renders and so forth to communicate with clients. Virtual reality will help that process a lot.”