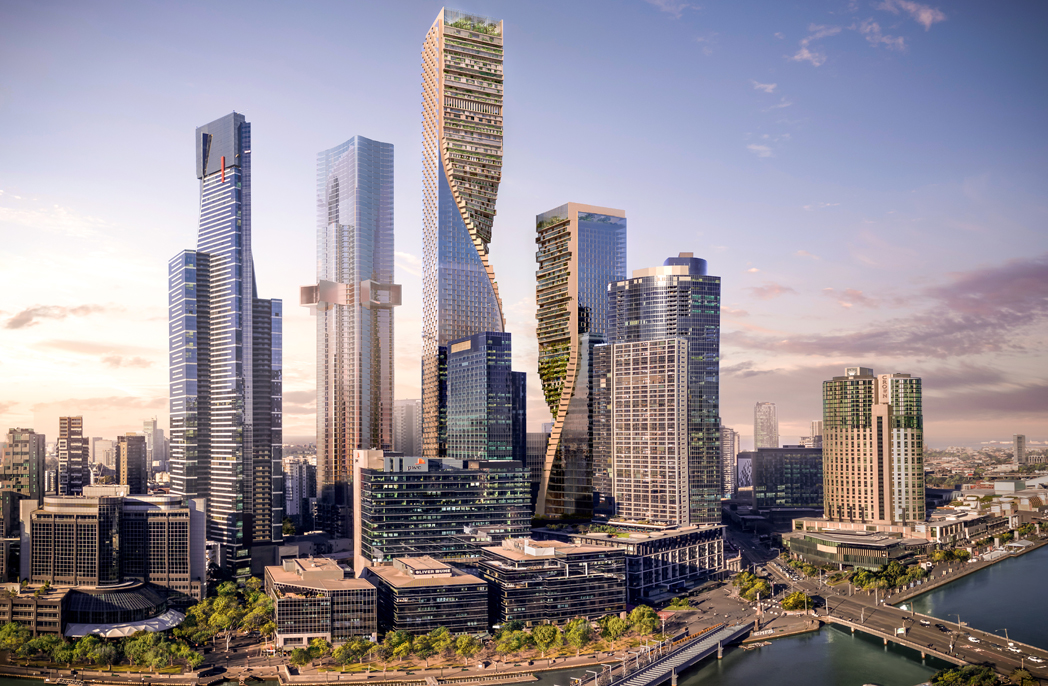 Branding, wayfinding and placemaking firm Studio Ongarato has been selected to work on Beulah International’s Southbank project in Melbourne.

The studio will work alongside Dutch architecture firm UNStudio and Melbourne-based Cox Architecture to deliver the visual identity for the project, which is composed of two twisting terraced forms.

Conceived as an extension of Melbourne’s Southbank Boulevard, the tower, which is called Green Spine, will be home to a vertical city of green spaces with a strong focus on culture in a nod to Melbourne’s diverse population.

Reaching 356.20m high, the residential tower will be crowned by the Future Botanic Garden, a publicly accessible garden in the sky.

Studio Ongarato competed internationally against two other design firms from Sydney and London to win the project. Beulah International executive director Adelene Teh says, “We were drawn by not just the sophistication of Studio Ongarato’s work, but the intelligence, depth of knowledge and experience they have in placemaking and branding.

“All their work is unique and individual, with Southbank by Beulah they have visualised and articulated everything we have imagined for the project and more.”

Studio Ongarato’s work on the project will include creating the placemaking strategy and designing the brand identity.

“Nestled between the CBD, the city’s thriving arts precinct and the Yarra River, the project’s location sits at the nexus of everything that makes Melbourne unique,” says Studio Ongarato co-founder and director Ronnen Goren.

“Its location and history have long been overlooked. The project offers a rare opportunity to activate a space that redefines Melbourne’s retail, hospitality, commercial and residential landscape, with immense public benefit to local and wider community.”