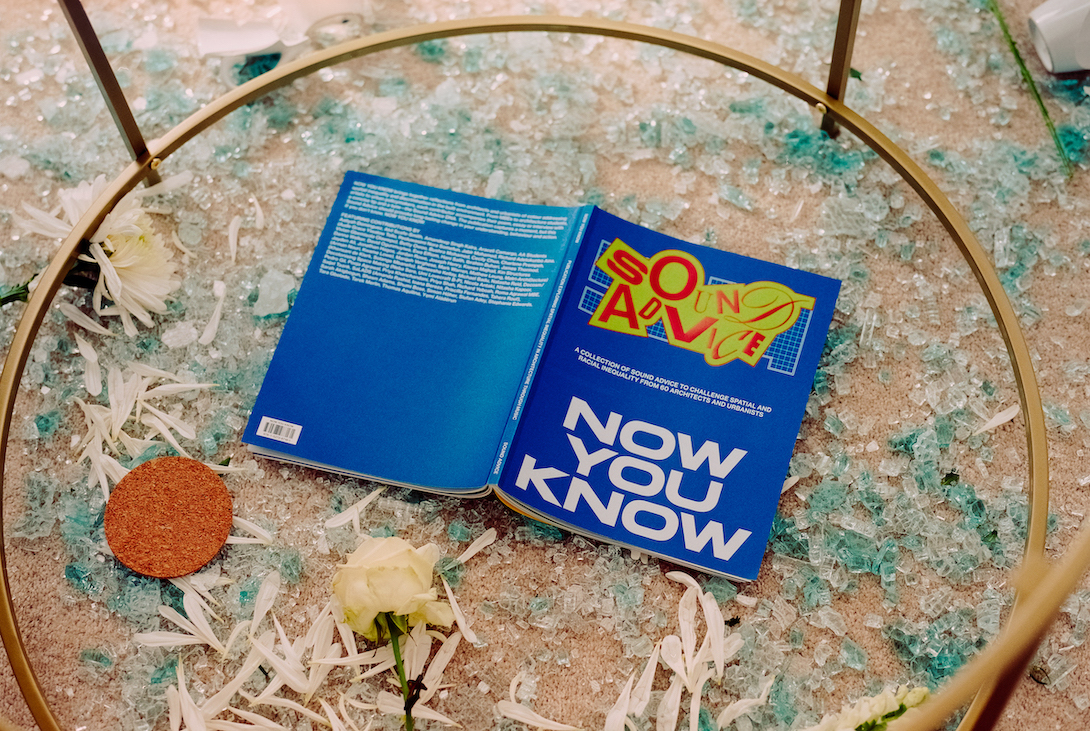 Sound Advice addresses inequality in architecture in Now You Know

UK-based architecture discussion platform Sound Advice has gathered the thoughts and reflections of more than 50 architects and urbanists of colour in a new compendium titled Now You Know.

The book, which is available for international order online, features diverse practitioners ranging from MBES to architecture students, artists to urban policymakers, each addressing spatial inequality and discrimination in the built environment industry.

“Through Now You Know we wanted to explore a compelling alternative and more plural vision of the future in our voice and within our own space,” explain Sound Advice founders Joseph Henry and Pooja Agrawal.

Henry and Agrawal set up Sound Advice, which creates short quotes and tips on social media coupled with music, as a non-academic way of discussing diversity in the built environment.

They want the book, which is the first published by the platform, to bring attention to the opinions of people of colour working in the industry.

“2020 had been really stressful,” they write in its introduction.

“We had been living in an altered reality, stuck at home with hugs being banned and fun being cancelled. But 2020 was even more difficult for many people of colour. COVID-19 impacted them disproportionately, with ‘BAME’ people dying more than white people.

“So what does this have to do with architecture and city-making? We would say a lot.”

Henry and Agrawal point to overcrowding in housing, lack of public space and bad air-quality as key contributing factors to those higher COVID-19 death rates, describing them as being “embedded in spatial inequality”.

Following the murder of George Floyd and the #BlackoutTuesday protests, Sound Advice says it didn’t “celebrate the solidarity white counterparts in the design world” were showing, as the hashtag was “not the symbol of effective allyship” that people thought it was.

Instead, the duo reached out to “fam, friends and colleagues of colour” to see what “sound advice”they would give to make a change.

“Over the next few months, we received an overwhelming response of people sharing tears, pain and jokes through poems, interviews and essays,” say the urbanists and civil servants.

Each is accompanied in the book by bold pieces of advice and recommended songs. There’s even an accompanying playlist available on Spotify.

“The contributors have created an incredible manifesto so we really hope that people engage with the content in the book and don’t just leave it collecting dust on a coffee table or to decorate a Zoom background,” conclude Henry and Agrawal.

“Read this, and you will know what you need to know to make the world a more equitable place.”

Floyd was murdered by a police officer on 25 May 2020. Australian architects and designers joined more than a million people around the world by posting a black square to Instagram to support those protesting for racial equality.

Earlier this year, ADR spoke to an handful of Australian designers of colour about their experiences in the industry.

Diversity in Design to grow the representation of Black creatives