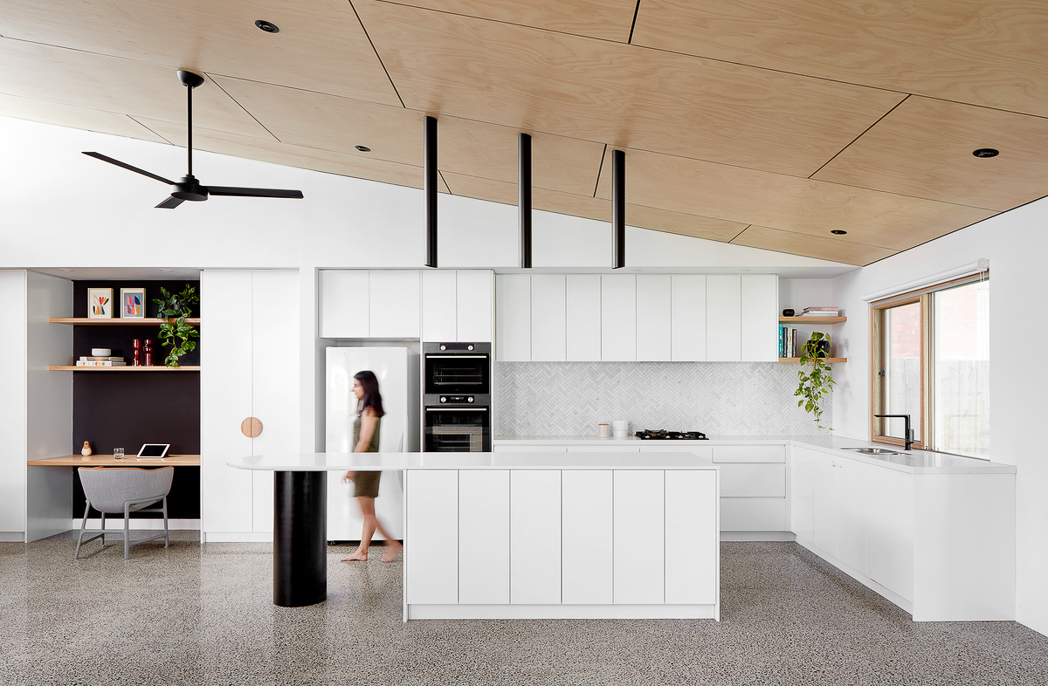 In an age when social media emphasises image – which in turn encourages consumption, size and excess – the Lean-2 house by Ben Callery Architects celebrates modesty of scale, quality of space, and simplicity of materials.

We all know the classic Australian lean-to: three walls and a single pitched roof abutting a taller existing building as an appendix to the original. They often come in twos or threes, becoming progressively smaller like a family of nesting babushka dolls.
Despite their modest scale and tight spaces, lean-tos offer some positives that are worth re-interpreting, says Ben Callery. 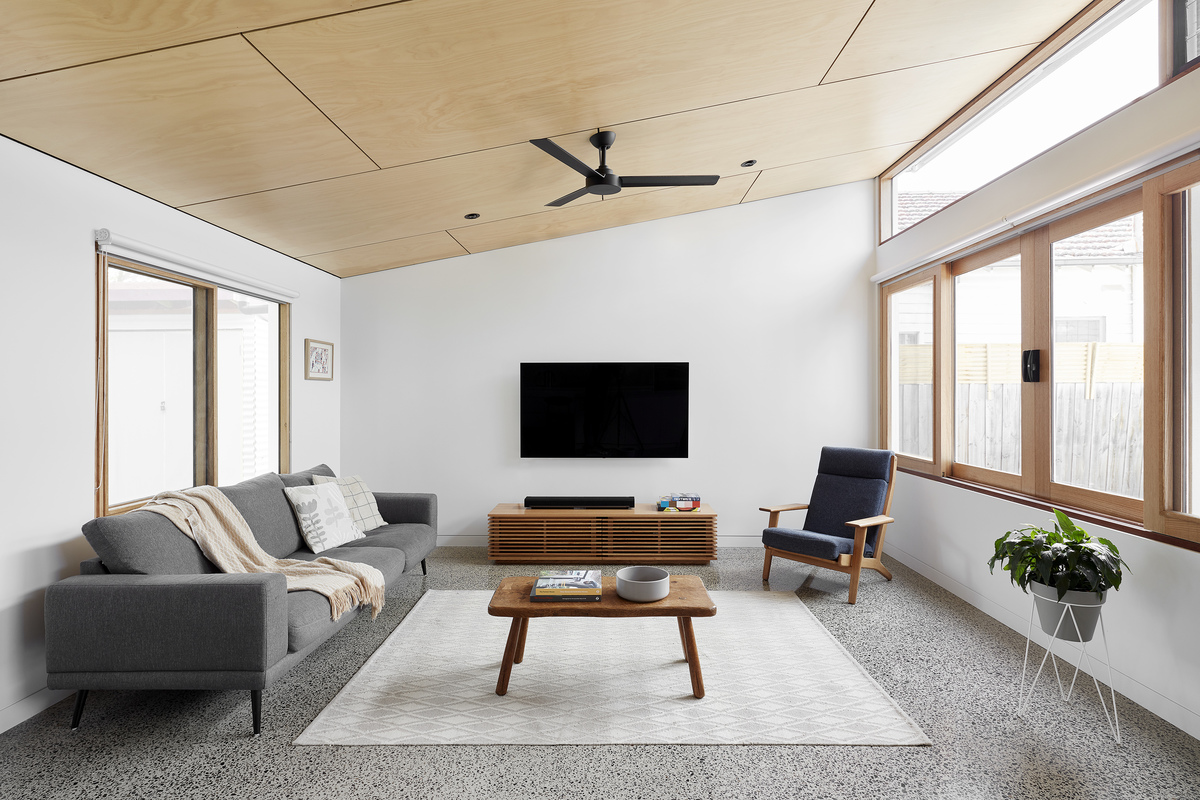 “Lean-tos are inherently low and compact, providing cosy intimate spaces within. Their visual bulk is diminutive, resulting in negligible overshadowing on its own backyard.

“Our clients for the Lean-2 project, a young family of four, needed more space for their family to grow. They wanted flexibility to allow the house to adapt to changing needs and to accommodate visiting family members. They wanted a degree of openness to facilitate connections between family members. 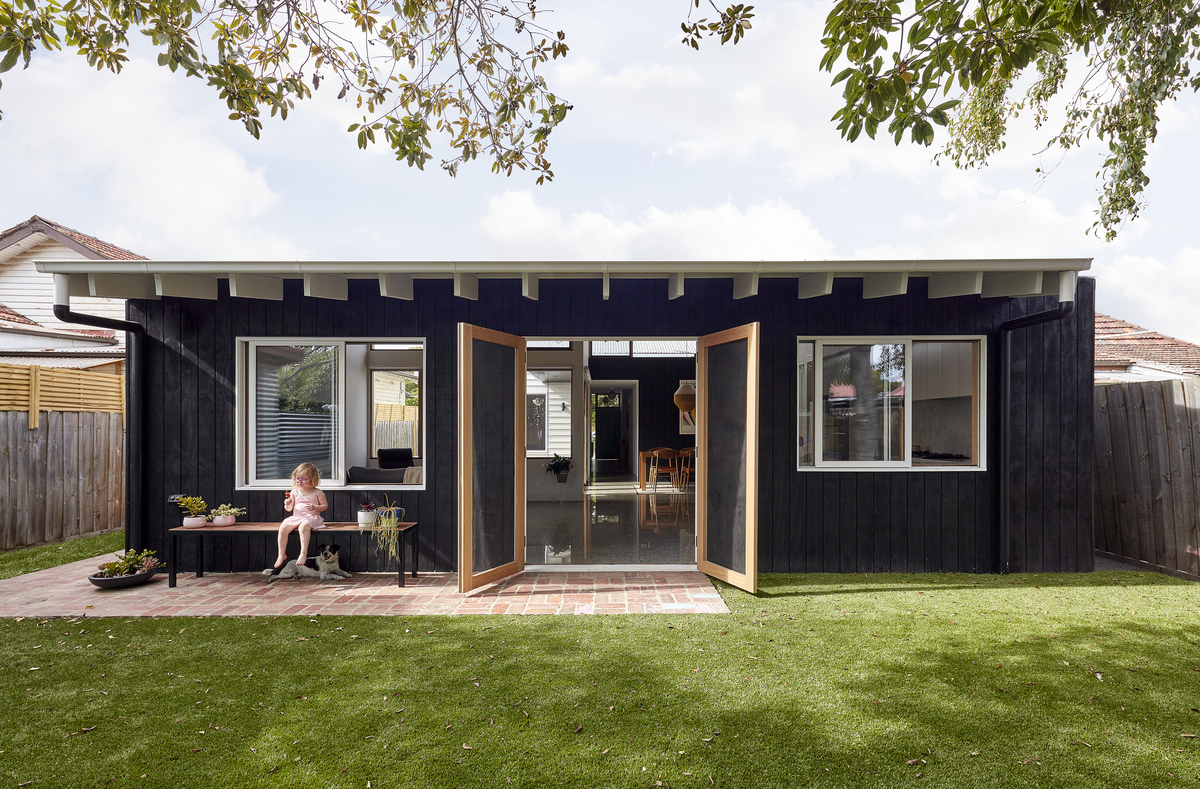 Also, they wanted greater connections with the elements, warming sun and cooling breezes to create natural comfort and reduce their environmental footprint. The main challenge on their site, however, was the orientation, north-to-front, making it difficult for the living rooms at the back of the house to engage with the sun.

“We retained the existing high pitched roof over the front four rooms and the low adjoining roof form of the original lean-to. The Lean-2 project adopts the classic single pitch skillion roof but rather than tuck it under the existing roof – as is usual – it projects high over it creating a clerestory highlight window to get sun down into the new living rooms. 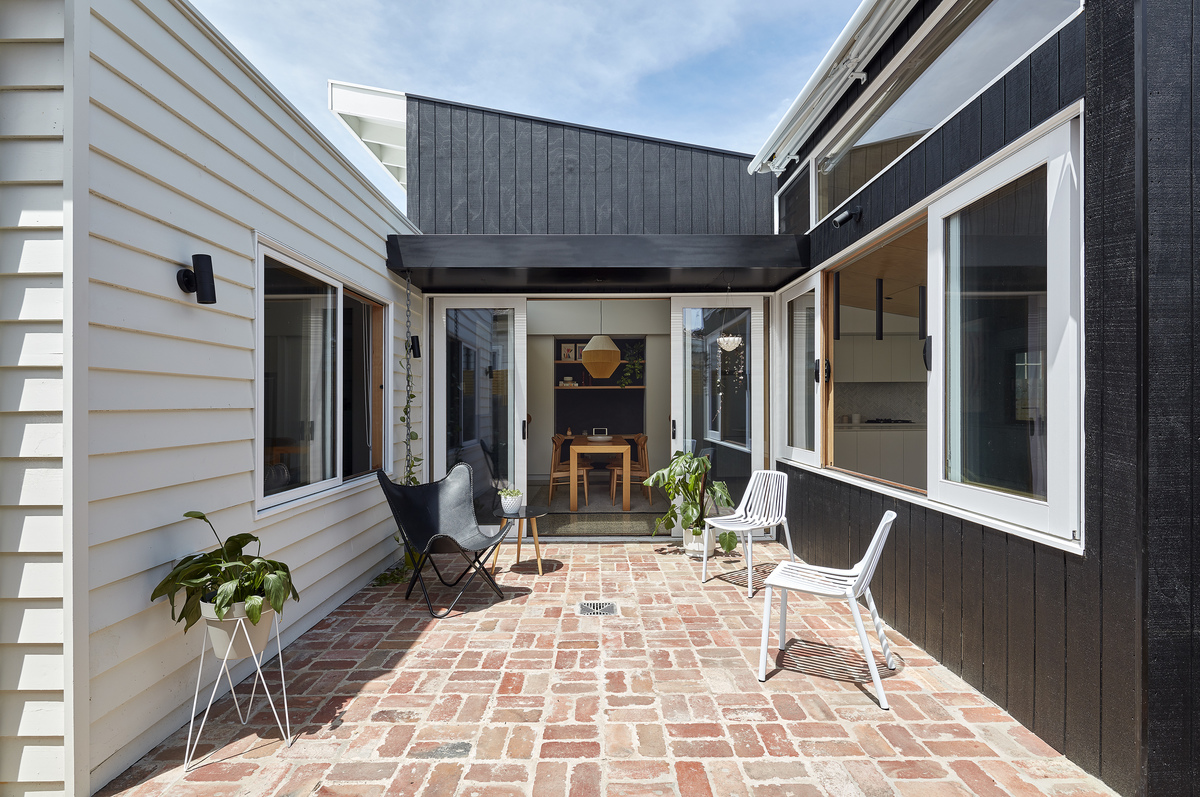 “We inserted a north-west facing courtyard, which is a compact but sunny occupiable outdoor space. Its operable folding arm awning allows it to adapt to all seasons. The courtyard facilitates cross views from the main living space into the flexible studio space across the courtyard. This replicates that sense of views through rooms typical of lean-tos, but meets the contemporary need for passive interaction between occupants allowing them to supervise and be in contact while not necessarily in the same room. 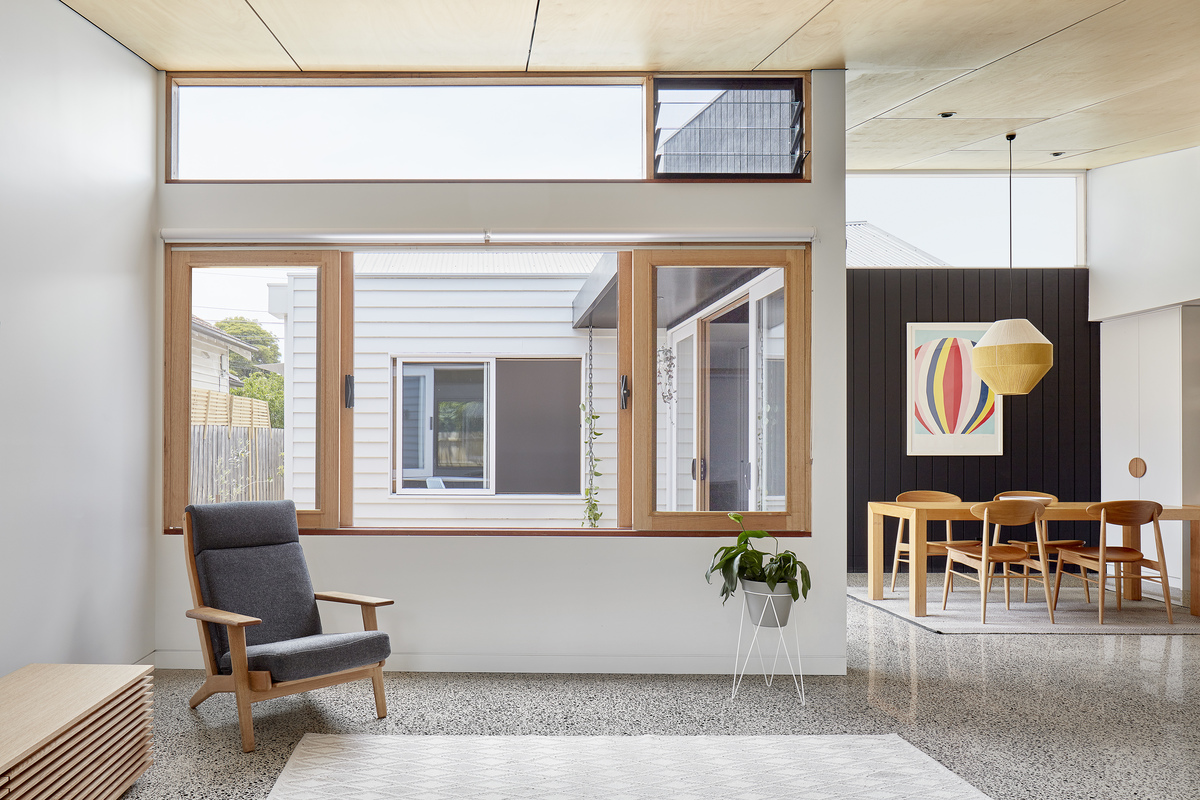 The roof form, which is four-metres high at the northern end, falls away dramatically to sit 2.7-metres in height at the southern end, thus replicating that modest sense of scale and negligible visual bulk from the back yard, which is important on a site with this orientation.

The materials are modest and domestic but honest, natural and robust. Concrete floor, plywood ceiling, timber windows, exposed rafters, recycled brick pavers and folding arm awnings are all part of the vernacular of the lean-to, but here they are put together in a refined way to elevate them from simple domestic construction. 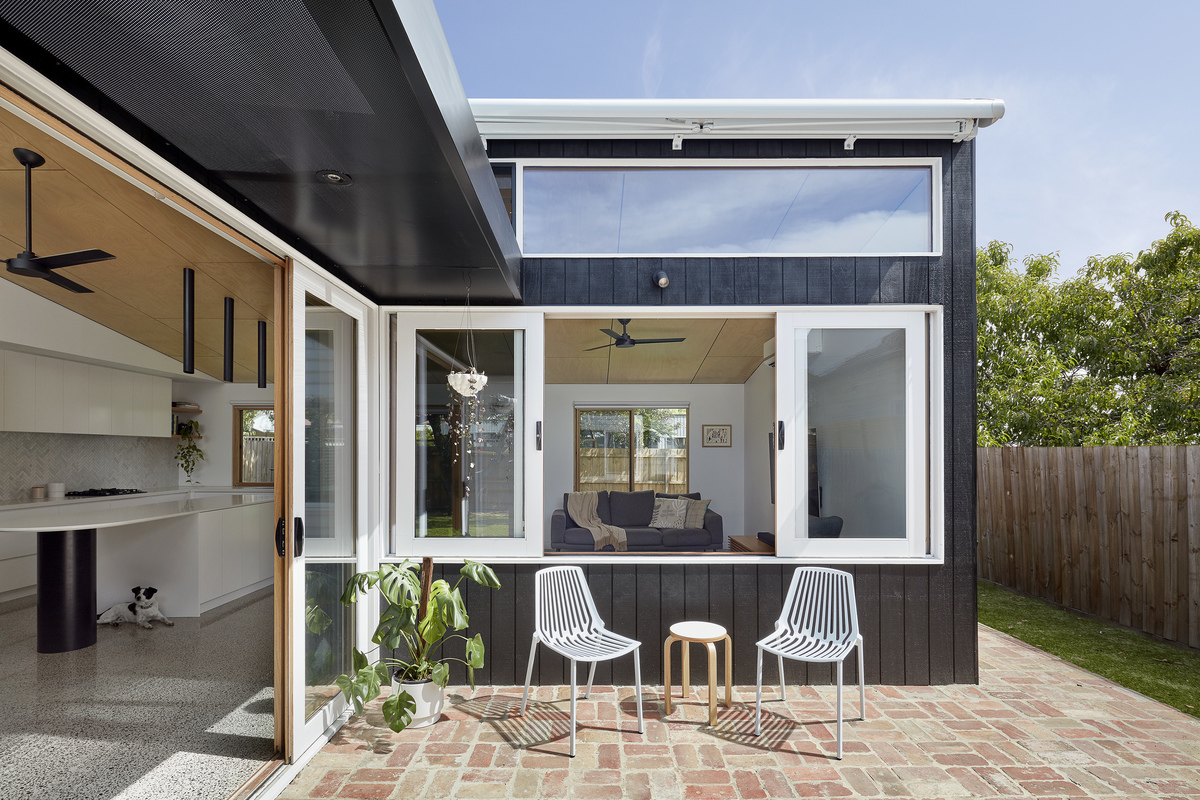 “With Lean-2, we’ve put a new spin on the quirky and quaint elements of the typical lean-to, with a compact but spacious second lean-to on an existing house with a difficult orientation.”