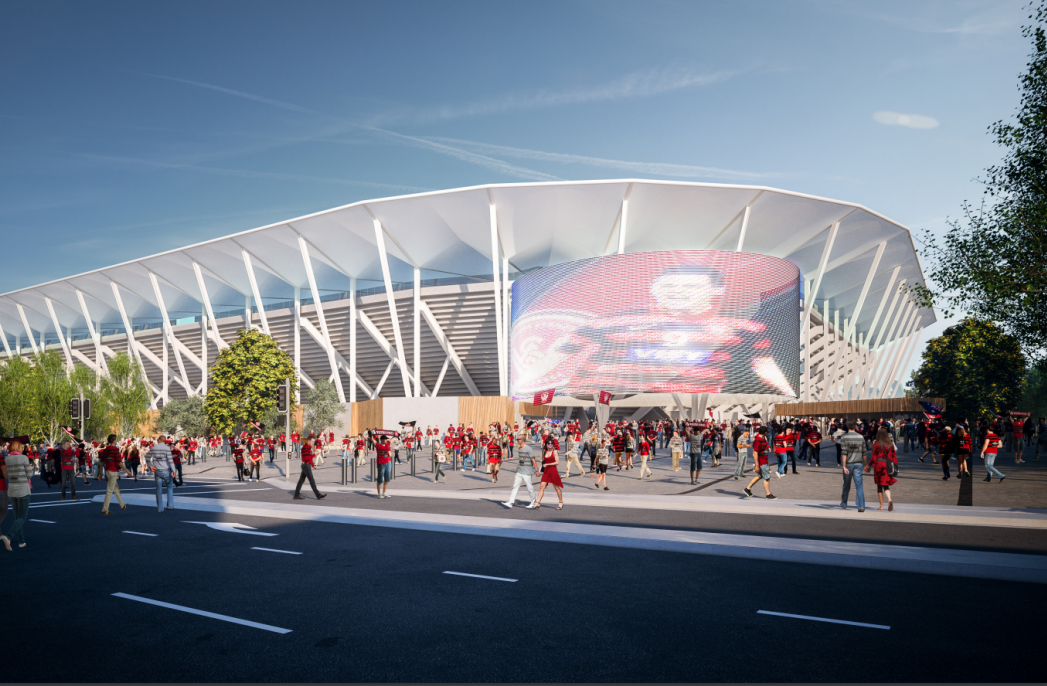 “This design boasts Australia’s steepest stands to ensure fans will be closer to the action than they are at Brisbane’s Suncorp Stadium, or any other in the country,” says NSW Premier Mike Baird. “We’re getting on with the job of delivering the biggest investment in sporting and entertainment infrastructure since the 2000 Olympics, and our first cab off the rank in our $1.6 billion stadia package is truly jaw-dropping.”

Alongside Minister for Sport Stuart Ayres, Baird announced Lendlease had won the contract to design and build Western Sydney Stadium, which will become a world-class venue.

“The new jewel in the Parramatta crown, Western Sydney Stadium was designed with the entire fan experience in mind, featuring all the mod cons like WiFi and an activation precinct set to draw the crowds on game day,” Ayres says. “Western Sydney now has a stadium to set a new standard for sporting experience in Sydney – a precinct of global significance we can all be proud of.”

The precinct will provide pedestrian and public transport links and improved access to Parramatta stadium and the park. It will feature a Gold LEED Energy and Environmental design rating.

Work to demolish the current Pirtek Stadium will begin in early 2017 with the new venue scheduled to open in early 2019.