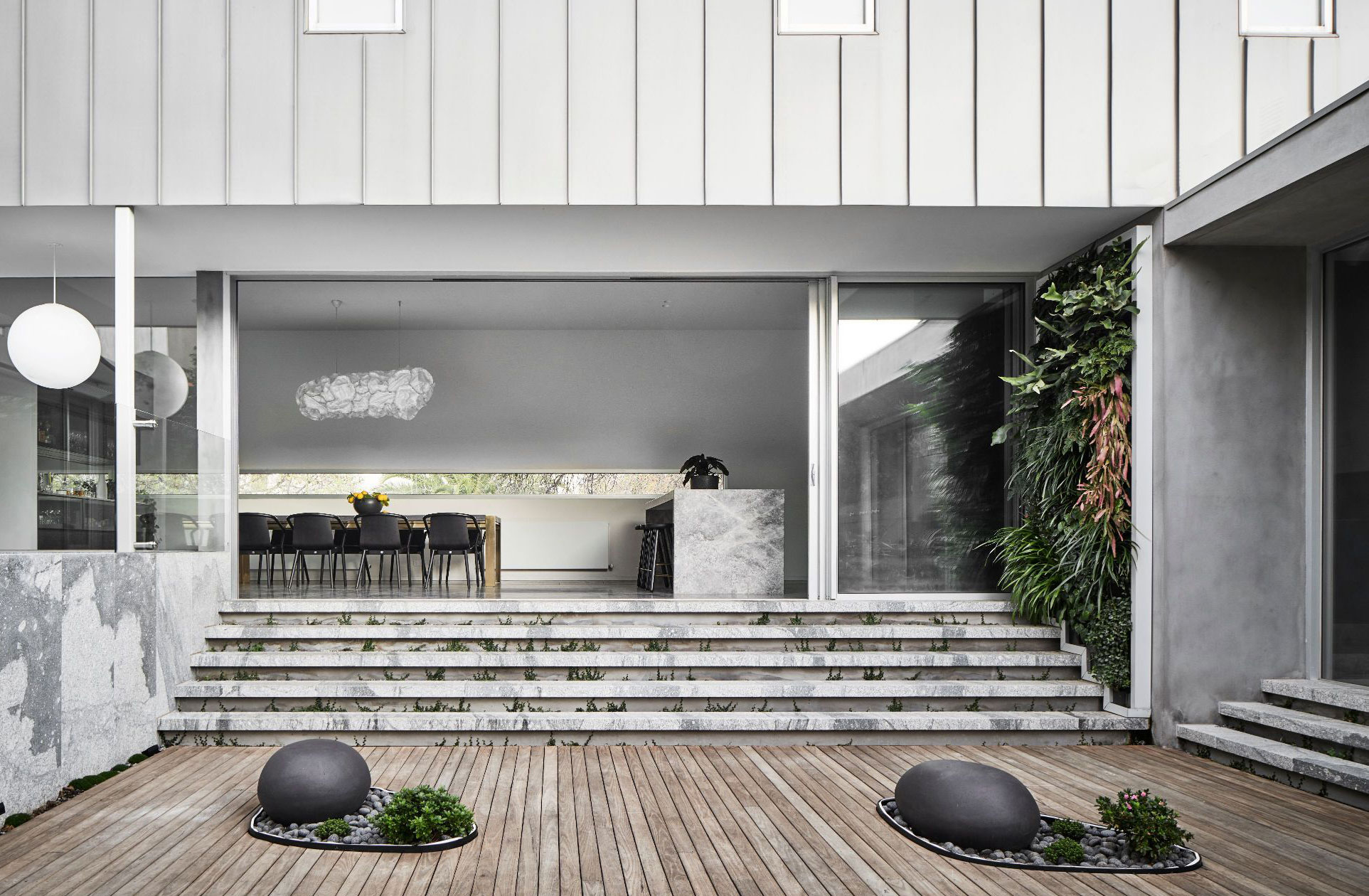 The practice was familiar with the property, having worked on the original build in 2010. At that time, a rundown 1930s Art Deco dwelling was demolished and replaced with a contemporary build, although the entire process involved numerous hard-fought approvals and a ruling against the council and heritage opposition.

Fast forward to today and Coy Yiontis was called up by the property’s new owners who were “sympathetic to the original plan’s intent” and wanted to reconfigure and update the interiors.

The commission started with plans to enlarge the garage to host the homeowner’s collection of cars – visible from the dining room through a glazed portal.

The brief quickly evolved into an extensive renovation, motivated by both heritage constraints – new builds are not an option on this street – and the budgetary limitations of the original project.

“We discovered that the architects’ original specifications and detail had not been adopted and the build quality had been compromised,” says the studio.

“Opportunities to reinstate features from the original design arose.”

This included custom ceiling windows and newly installed light shafts, intended to create the original atmospheric mood, which the studio describes as “dramatic in effect and spectacularly emphasising the marble-clad interiors”.

The dominating materials are aether marble and fallow granite, used both inside and out. In the bathrooms, floor-to-ceiling marble tiles and integrated sinks maintain visual symmetry with the exterior.

Similar in grey tone and veined texture, the stone “merges beautifully with the surrounding landscape” and “sits comfortably alongside an intentionally restrained base palette”.

St Vincent’s Place is on one of Melbourne’s most coveted heritage streets in Albert Park. Composed mainly of Victorian terrace and semi-detached housing, Albert Park has many residential areas in heritage overlays to protect their character, but Coy Yiontis’ project keeps a subtle and thoroughly modern aesthetic throughout.

The floorplan is organised around the central north-facing courtyard, as it was in the original design. An entertaining space for the owners, the space is “celebrated and maximised” in its new form with Japanese-style landscaping, the updated pool and addition of a spa.

The grey marble and dark European oak joinery and flooring in the kitchen is paired with “careful, sophisticated detailing” and minimalist fixtures and fittings, including brushed chrome tapware, which don’t detract from the space’s uniformity.