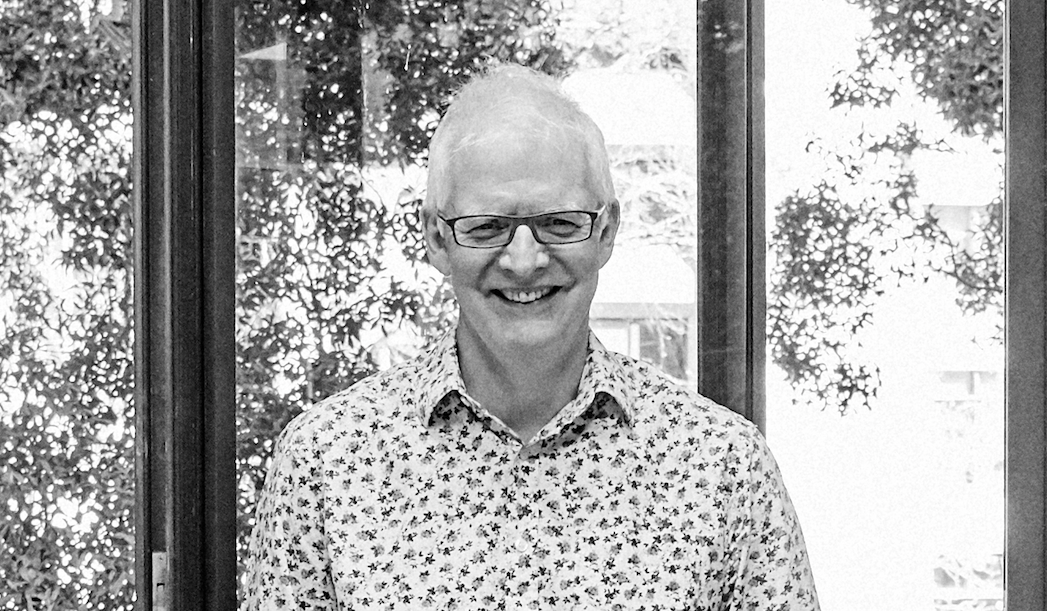 It was one of those watershed moments for Shuttleworth, who hails from Erdington in the UK’s West Midlands and studied at De Montfort University. As one of the partners in the title of Sir Norman Foster’s eponymous practice, he was feted for his outstanding work on such globally renowned projects as 30 St Mary Axe (aka The Gherkin) and HSBC’s headquarters in Hong Kong, but sensed it was time for a change. “I was 50 and I felt it was now or never,” he says. “I could stay – and probably stay there forever – or, if I was going to do anything different, now was the time to do it… I had about 12 job offers from various companies, but I thought, ‘I may as well give it a go, because I’m sure if I make a pig’s ear of it, there’ll be another three who could give me a job’.”

The year was 2004. In the 12 years since, Make Architects (not to be confused with the well-known Melbourne-based practice, MAKE Architecture) has gone from two people to 150 and three offices – London, Hong Kong and now Sydney.

How did he get the ball rolling? Well, to put it bluntly, there was a spot of poaching. “I started off by announcing I was going to start up a new company, and the people I had worked with at Foster’s, they phoned up and said, ‘Can I come and join?’ So it gradually evolved from two of us from day one to probably one more a month-ish, working through, as projects increased and as cash flow increased.”

And where did the projects come from? “There was a lot of goodwill,” says Shuttleworth. “I was really amazed. It was a really good time in the market, so [there were] existing clients who knew me from Foster’s and new clients came to me.” 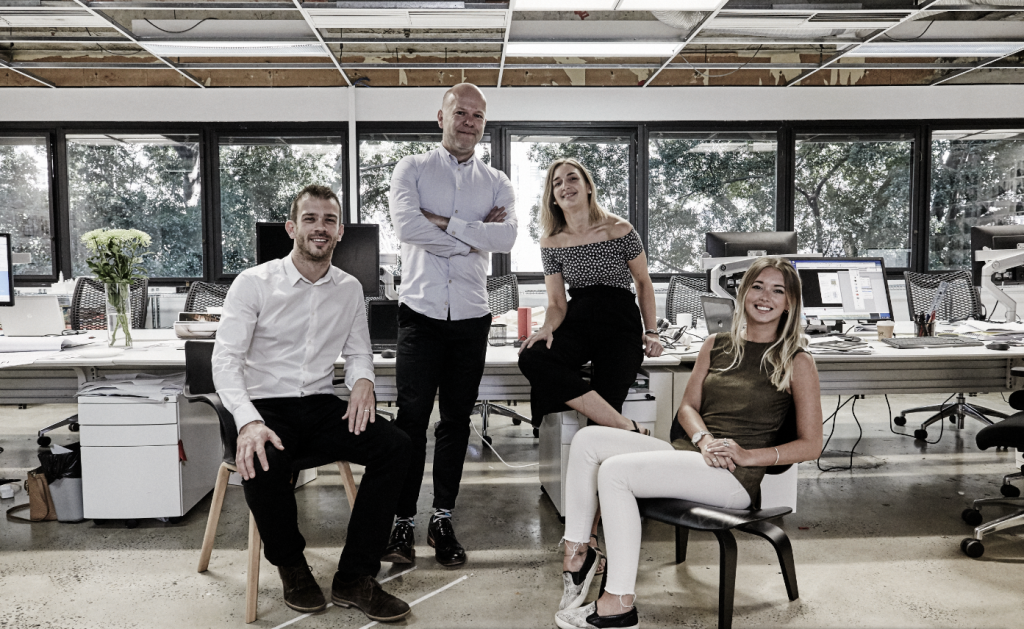 That rather rapid expansion could have seen the whole thing combust, but Shuttleworth says the company’s growth was organic. “You try and plan, but it’s so difficult… the phone goes and you’ve either won or lost a commission. And you either need people or you don’t. So we’ve been pursuing projects with our clients and helping them across the world. We haven’t done any acquisitions and we don’t intend to do that. We’ll grow from our base in London, where there are projects or where our clients want us to go and work there. But it has been a good ride. We’ve built 60 buildings. We’ve got 161 awards and commendations for our work, so it’s going really well.”

Shuttleworth remains a creative force though. When he left Foster and Partners he says he realised just how important that is to him. “I decided I really want to be an architect, I love architecture, it’s a great passion,” he recalls. But a practice of 150 people doesn’t run itself, so how does a creative mind like Shuttleworth’s turn itself to the business side of the practice? He doesn’t, is the short answer. “We have a really good backbone to the office, which we call the Core, which is all the administration staff and anybody in that guise. So we have HR, the accounts department, the computer department… If you think of it like an office tower and the core of the tower is what actually holds the thing up and gives you that stability.

“What we do here is try and take away a lot of the business side from the architects. Because they’re not very good at it, to be absolutely honest. They can’t add up. They can hardly spell. But they can design. Some architects I’ve spoken to spend all their time on administration. I wouldn’t be the best administrator, I’d probably find the insurance hadn’t been paid or something. It’s important that you use the right people to do the right job and not try and become all things as an architect.”

At Make Architects people may stick to doing what they do best, but famously the practice has a non-hierarchical structure across the board. It’s a fairly radical notion – an employee ownership model. “It was an idea I had really, having worked in a different way,” explains Shuttleworth. 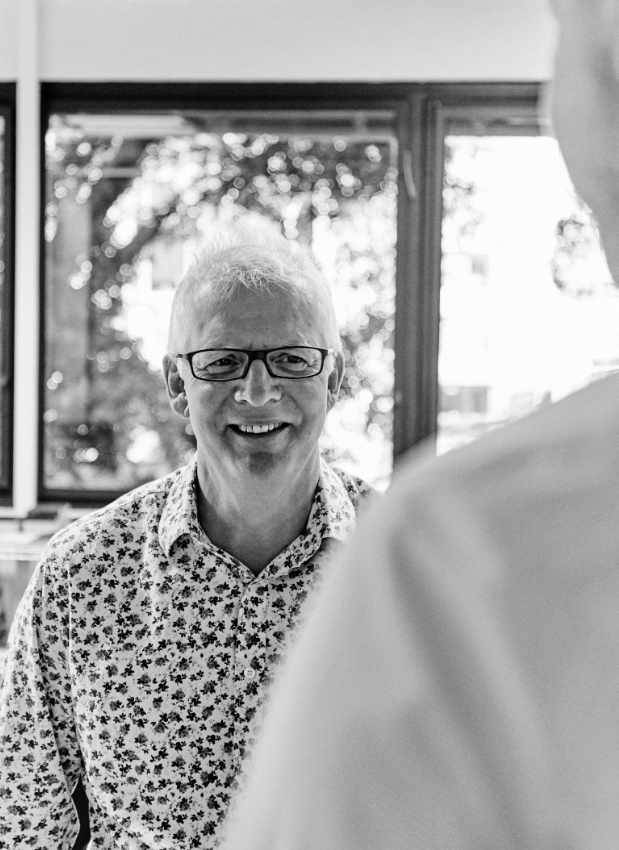 “I thought it would be better to change it. So I didn’t put my name on the company. And I thought, rather than holding shares, [we’d] put all the shares in an employee ownership trust. Or employee benefit trust, EBT it’s sometimes called. And that is completely different to most models. So I haven’t got any shares. All the shares are in a box in a trust for everybody. And we all call ourselves partners, but we’re all actually employees. And we all get paid a salary based on our contribution to the practice. And then, at the end of each year, if we’ve made profit, which we have, except for one year, that is distributed through everybody based on their salary.

“It’s a really fantastic encouragement to be efficient, to actually work as a team, because everybody’s in it together and shares in the profit,” he continues. “Nobody flies first class. Nobody gets in a taxi unless they absolutely have to, because it’s basically coming out of your profit share.

“All the furniture’s quite cheap. There’s nothing flash about the office… and I think that’s great. Because it encourages us to be lean and keen, it encourages us to be efficient, but also it really gets the best people to come and work here, because they do generally benefit financially. And they also get their name on the buildings as well, because I don’t put my name on everything “It’s Make, it’s not Ken Shuttleworth. It’s Make. And when I retire or go under a bus it just carries on without me because they haven’t got my brand to cope with and they haven’t got to buy me out at the end of the day. So I just walk away.”

That naturally prompts the question of succession. Shuttleworth, who describes himself as being like the conductor of an orchestra, says he’ll simply pass on the baton. But he has yet to reveal who the next conductor will be. “There is a name in the safe in an envelope,” he says, with a smile. “To save any arguments… So they open that envelope and they get to know who’s next. I don’t think it’ll be that controversial. But I think somebody has to lead. There has to be a conductor. Otherwise everybody’s playing at different times, different tunes.” 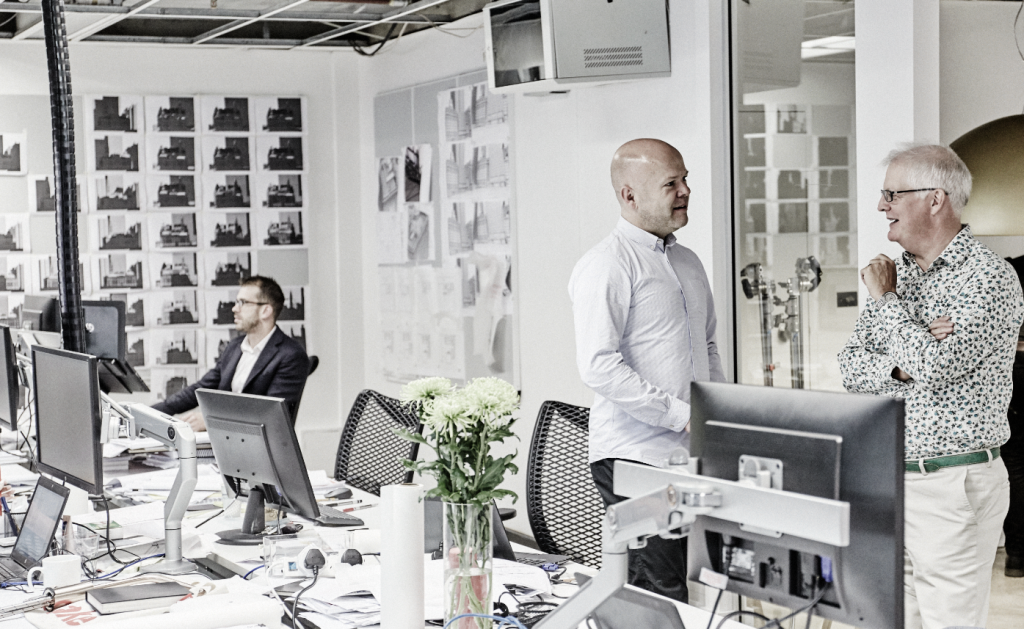 Sometimes this means looking up and out from the orchestra pit, says Shuttleworth. “The Future Spaces Foundation is a think tank that we fund. It’s our think tank and we pull in people from outside of the business to go through a process of analysing something. So we did the high street, we did garden cities and this year we’re doing global connected cities.” The purpose of this research and development arm is to “generate new thinking… to inform the design of the spaces we inhabit” (www.futurespacesfoundation.org), according to the think tank’s website.

As a leader though, while Shuttleworth may not remember to pay the insurance, his approach to finance is simple and pragmatic. “It’s almost the most basic piece of economics that you’ve got to earn more than you spend. People ask me what’s the magic? And that’s what you’ve got to do. Don’t spend more than you earn. People haven’t done that, by the way. People keep spending more than they earn. I can’t understand that. I’ve never understood that.”

And he nominates equally old-fashioned virtues when it comes to other leadership skills. “I think listening,” he says. “Leading from the front, not pushing from behind. These are things that I learned in the Boy Scouts really. I think that leadership quality is more like setting an example, rather than forcing other people to do things. And never ask anyone to do something you’re not prepared to do yourself.”

Most telling is when Shuttleworth is asked about his best legacy to date. Whereas other architects may wax lyrical about their most successful projects, he pauses and then says emphatically, “Gosh! I think the company. A new way of working in terms of architecture, with employee ownership. Bringing together a fantastic number of people. We have a one percent churn factor in the staff, which is pretty amazing. I think that’s the legacy and also the work we’re doing on the Future Spaces Foundation, that’s beyond the day job. It’s very good…

“And the buildings,” he adds, almost as an afterthought.