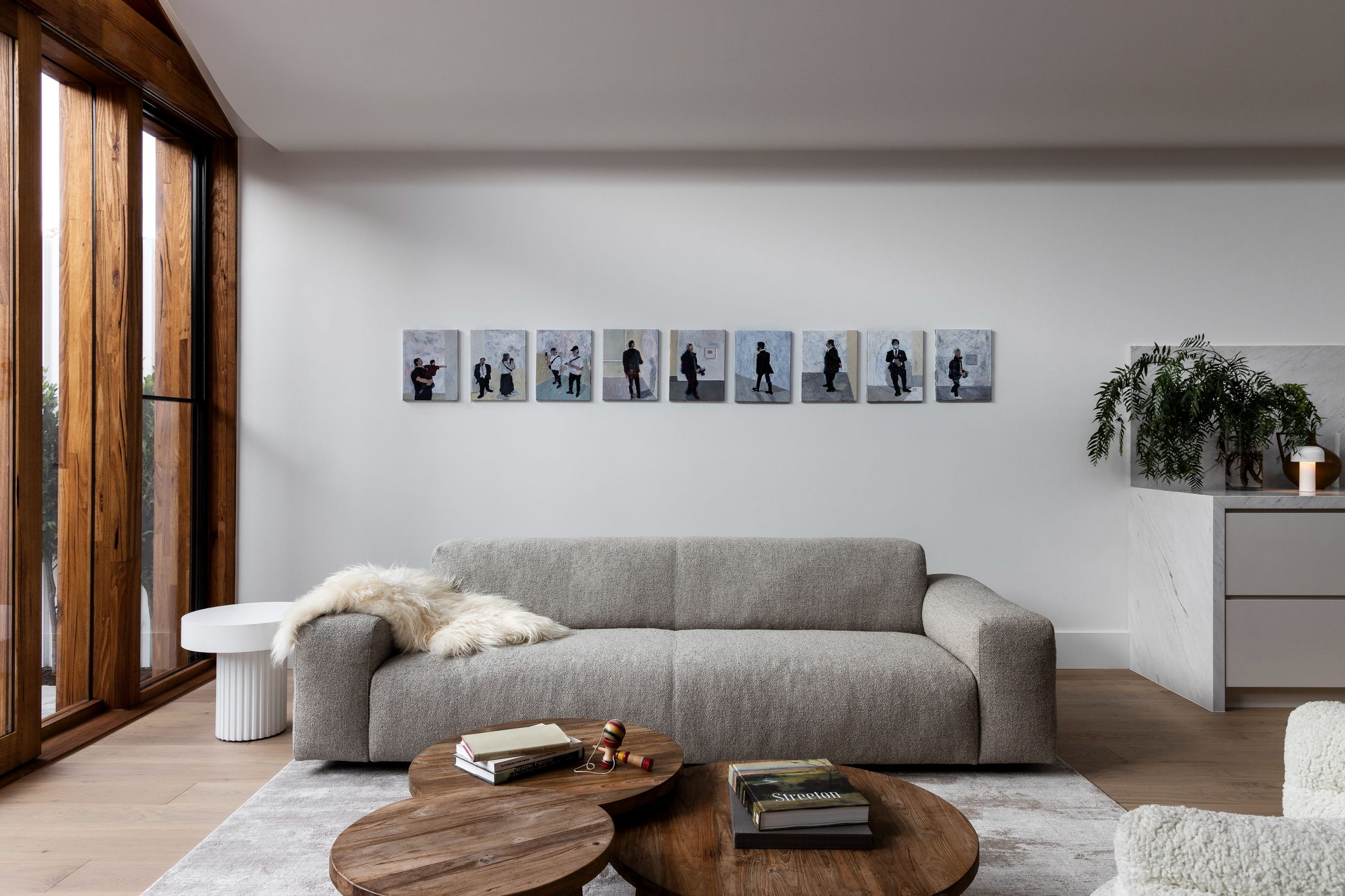 Drawing inspiration from a 1976 project from Jørn Utzon, Kennon has transformed a dilapidated workers’ cottage in the Melbourne inner city suburb of Prahran into a bright family home with plenty of natural light.

The light quality was very poor, and the property still utilised an outdoor toilet. The client did not intend to live in the house, and Kennon Studios was approached to renovate in preparation for its sale.

This meant creating a home for an imaginary client, which is the inverse of studio founder and director Peter Kennon’s usual interrogative and client-centric process, where his clients make up the brief.

“When you don’t know the end user, you have to plan for the user that they might be, and allow for some flexibility for them to customise it to their own ways of working and living,” says Kennon.

Accordingly, he studied the demographics of the area, tried to discern the ideal inhabitants for the little three-bedroom property and designed the space accordingly.

“You don’t necessarily have any client feedback – you have to make it up,” he adds.

Whatever he did, he did it right, as the Packington Street project broke all of the records in Stonnington for sale price per square metre.

“It shows the value of good design,” he says.

“It’s proof that what we do creates value.”

The conceptual brief was to make the place into a welcoming and warm home, “which was pretty hard”, Kennon laughs.

The home had a Heritage overlay, and the façade was important to the streetscape. It is one of three identical houses in a row of Edwardian-style red brick properties but, as a workers’ cottage, it had no substantial Edwardian façade or period detail.

The new rear extension is modern and light. As is symptomatic of Kennon’s style, it fuses an old style with contemporary detail to create something that is tastefully eclectic.

“This was an enormous selling point, because we were able to build more house with less garden, without the property being totally devoid of greenery,” explains Kennon.

“The major concept for the project was, when you face east-west, with minimal courtyard space and close neighbours, no natural light can penetrate the middle of the site.”

With a footprint only five metres wide, letting light into the heart of the home was crucial for achieving the homeliness and uplift the client desired.

“When cutting off the building we designed a ceiling that would curvaceously allow light in at the top level and wash along the ceiling and down the top of the walls, so there was a glow of light – not a harsh glare,” says Kennon.

The curvature of the ceiling means the sunlight hits this curved white wall and douses the interior in a warm, white glow. The light source is organised in response to the rhythm of the sun and produces a comfortable, diffused illumination throughout the year.

“Light from above is so much more interesting than light from the side, because you can shape the ceiling around how the light is going to fall. That’s something I’m really interested in.”

Kennon’s inspiration for the innovation was a 1976 project in Denmark by Sydney Opera House architect Jørn Utzon. Bagsværd Church features a bright, naturally illuminated interior of white walls and a ceiling with distinctive rounded vaulting.

Lateral windows across the width of the nave bring in a soft light from above, creating an almost holy glow.

“It’s a nice concept because the light has this calming effect. It leaves this beautiful atmosphere that you feel very comfortable in. That was the whole design concept for the extension,” says Kennon, adding that he believes this solution is the future in metropolitan residential design for achieving light in densely populated, east-west oriented neighbourhoods.

“Another strong design piece that we spent a lot of time and effort on was the rear façade. It was designed with glue-laminated timber, which is a sustainably sourced structural method, normally done out of steel and clad in something. We were able to design the structure out of recycled timber.”

“Smaller houses like this enable you to trial things and investigate new details and ideas at a lesser consequence. It’s a testing ground for using it on a much bigger scale.”

The Packington Street revitalisation is a successful example of how thoughtful design can add value to a space.

It was also a clever experiment in bringing warmth and softness into a tired and dull property. The project set a precedent for the practice in terms of its solutions to constraints of light and space.

It has also encouraged the studio to take a more experimental approach in sustainability interventions, particularly on projects of a comparably small scale.

Kennon is a Melbourne-based practice creating architecture imbued with meaning. ADR caught up with its founder and director Peter Kennon this week to chat about how good design is inspired by the client’s unique personality.