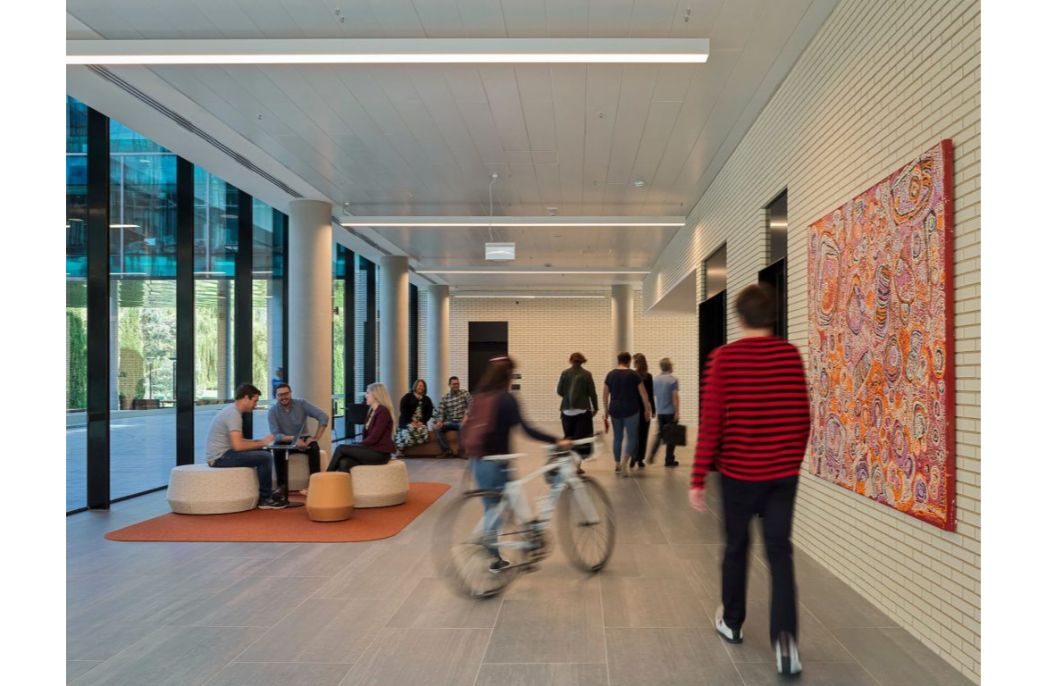 Until last year, teaching was largely on campus, but has the collective experience of working from home during the pandemic changed attitudes in higher education across the world? Hassell senior researcher Michaela Sheahan shares what the research indicates for the future.

Over the last few years, Sheahan has conducted research into how students learn, how academics work and how researchers engage with industry. These three things encapsulate the overall university mission – teaching, research and engagement.

Her latest research, ‘People-work on campus, paper-work at home’, explores the experiences of academics working on- and off-campus before and during the pandemic, and their expectations for their future workplace.

Hassell surveyed 571 academics from over 50 universities across Singapore, the UK, the US and Australia for the research.

Speaking with ADR, Sheahan – an interior designer by trade – says while the student campus experience has received extensive research and funding, the same can’t be said for university staff.

“Over the last decade or so, there’s been an incredible amount of money poured into the student experience. And a big part of that is the informal collaborative space.

“At the same time, we haven’t invested as much into academics. It’s certainly been less significant because academics are very focused on the work that they do and the spaces they can do it in. And the focus has always been on the individual office.

“So there’s been a real reluctance for academics to embrace any sort of shared space,” Sheahan explains.

The research paper discusses how the pandemic – while largely challenging and disruptive – has also offered an opportunity to reiterate the purpose of a campus.

The research’s title ‘People-work on campus, paper-work at home’ acknowledges that people are capable and happy to work at home when they’re doing focused and administrative tasks.

Yet tasks that require practical learning should be the focus of campus development.

“It’s not campus-specific, it’s faculty-specific. Those kinds of ideas or paper-based faculties, like law and social sciences and economics and business, they have the most offices because they do quite a lot of quiet work.

“But they actually want to be on campus the least, because most of that work can be done at home. That’s a really big problem, of course. It’s perhaps the area of greatest opportunity for increasing space utilisation in those faculties because, obviously, in the creative arts and medical sciences, you need people on campus a lot because the equipment is there, the labs are there.

“The big spaces for drama – for the theatres, the music studios, all those things – are specialised spaces. And so the staff want to spend more time on campus. I think space utilisation is a priority for an institution. And the faculties they should look at first are those in the humanities.”

Sheahan adds that the survey shows a distinction in responses due to gender.

While not exactly shocking, the data demonstrates how societal forces affect how men and women view their working lives, she explains.

“What we found was that largely women and men were on campus about the same amount of time before the pandemic, but post-pandemic women would like to be on campus, on average, about a day less than men would in the future.

“If you stop to think about it, it makes sense in the social context that we live in. Women do a lot of the caring roles, a lot of the house organisation and that sort of thing.

“It reflects that sort of division of labour, I think. We didn’t ask specific questions about why that was the case, but that’s the inference that we can draw.”

Sheahan admits the push to have fewer, large lecture theatres and more online learning is not new, but the pandemic has certainly “accelerated” this shift.

“Academics are concerned about experiencing continued disconnection from their students,” says Sheahan.

“It’s much more difficult to develop a relationship with a cohort when you can only speak or listen. You can’t do both at the same time online.

“I think there is definitely a move to more online learning from university management, but I think that will be resisted by academics, given the experiences that they’ve had in the last couple of years. They really want to be back in touch with their students.

“They have to read the room, and be able to have conversations after lectures or in those smaller tutorial groups. And I know that there was already a move to put a lot of lectures online across the world, not just in Australia, and there are financial efficiencies and time efficiencies in that, and obviously space efficiencies as well.”

While the research raises challenging questions, it also strongly indicates compromise is coming to the academic office to create better space utilisation to keep the campus experience alive.

Sheahan says this is an “exciting time” for universities to rethink “a whole lot of things”.

“If the campus has fewer students and staff on it, does that mean that there’s an opportunity to bring other groups onto campus, to enliven the space? Which may be industry or a commercial presence. It may be community groups. It may be a government agency.

“Who knows what it could be, but it could really change the way that universities look at their assets and their spaces, their campuses – to use them more efficiently, but also just more effectively. Getting that engagement with external partners [is something] that they’ve been wanting to do for such a long time.”

“The campus has always been a place to bring people together and I think the experience of the pandemic has really underscored that value after being apart for so long.”

‘People-work on campus, paper-work at home’ is available to read on the Hassell website.

Last week, Hassell spoke to ADR about the Herston Biofabrication Institue about how the design team approached such a large and technologically-driven brief without a medical background.