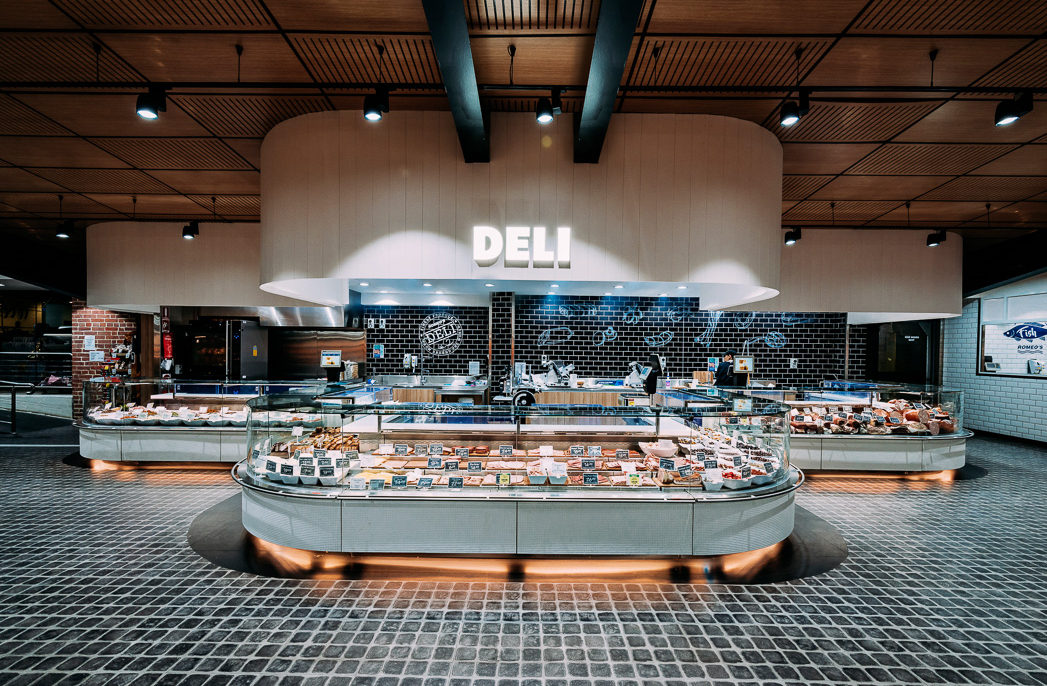 In an increasingly crowded market, retail chain IGA has employed the services of design firm loopcreative to fashion a point of difference for its Summer Hill store.

With Coles, Woolworths and Aldi – as well as new online operators – competing aggressively on price, the owners of the Summer Hill store are targeting the high-end of the market. The fit out to the 2000-square-metre retail space recreates the look and feel of a European-style food hall and features a cheese room, a butchery with dry ageing room, a delicatessen, a bakery, a fishmonger and a fresh produce marketplace.

Store owner Joseph Romeo, says with more online retailers moving into the FMCG (Fast Moving Consumer Goods) market, IGA is focused on tailoring a unique shopping experience to its customers and that thoughtful interior design is a key way to achieve this.

“With retail giant Amazon opening its first store in Australia later this month, we now have more competition than ever within the crowded retail space,” he says. “Our commitment to brand new store design, fresh produce, local service and price matching is how we aim to keep our customers happy and coming back time and again.”

To recreate the feel of a European market, loopcreative’s design team employed a combination of cobblestone printed vinyl and timber for the floors, while fluorescent lights have been replaced with softer mood lighting. Close attention has also been paid to the ceiling, which is built predominantly of  Supawood and SupaSlat ceiling panels formed into geometric combinations. To highlight different food counters, and further give the impression of a traditional market, a defined colour scheme has been used for each.

Part of the design brief specified that the store remains open during the fit out. This presented the biggest challenge for the design team says loopcreative director Rod Faucheux. “The challenge was to build within a tight and efficient program, and often at night. This meant a pre-fabrication of many items to ensure that the time on site was kept to a minimum.”

The Summer Hill store is the second project loopcreative has undertaken for the retail group following the March completion of a store in Paddington. Works are also underway at a third site at Greenwood Plaza in North Sydney, which is due to be completed in August.

loopcreative is a Sydney-based studio which specialises in hospitality, retail and installation projects. Recent projects include Alquema in the QVB; aMBUSH Gallery at Central Park; Chur Burger at Sydney Airport; KOI Dessert Bar Chippendale and Ryde and SAL Deli at Chifley Plaza.

Take a look at a sleek espresso bar in Melbourne, designed by loopcreative.