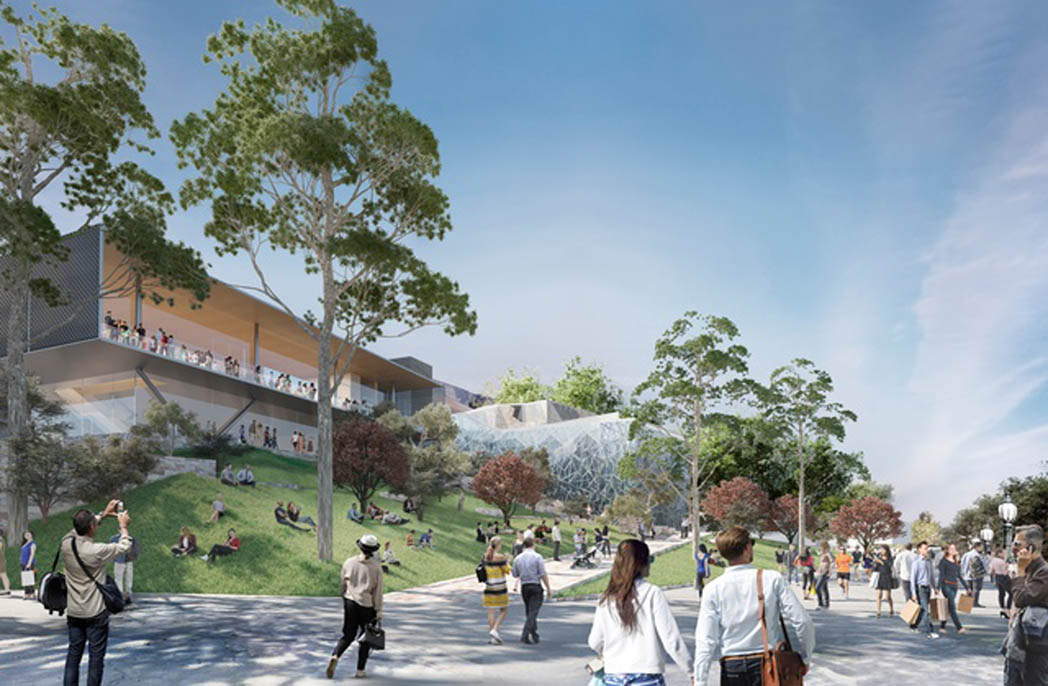 Refined designs of the Apple Global Flagship Store at Fed Square have been released after a series of design workshops involving Fed Square Management, the Victorian Government, Melbourne City Council and Apple.

The plans for the store are surrounded by controversy, with thousands of people petitioning against it online after the Victorian government announced plans to demolish the Yarra Building to make way for it.

A steering committee was formed to oversee the design of the Apple store, which is by Foster and Partners, after the City of Melbourne raised issues with the initial design of the building. The committee formed a set of design principles, including that it should reference the non-orthogonal layout of existing buildings within Fed Square and should interpret the architectural intent in the built form ‘type’ in Fed Square, where buildings celebrate geometry, they have layered and varied facades, parapet roofs and indented screened balconies.

In a statement, CEO of Federation Square Jonathan Tribe said the Apple Global Flagship Store is “consistent with Federations Square’s Civic and Cultural Charter, which recognises Melbourne’s pre-eminence as a centre for creativity and innovation.”

Step inside Apple’s new store in Macau by Foster + Partners