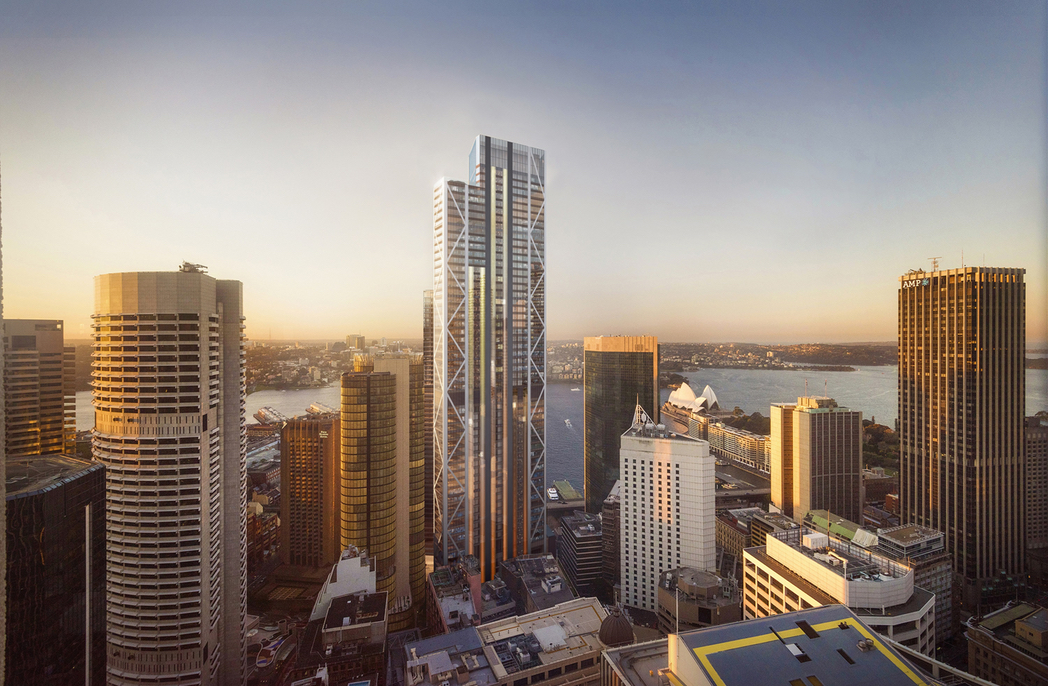 Almost half of a 55-storey office tower precinct proposed for the heart of Circular Quay is to be devoted to community infrastructure.

Lendlease has lodged its development application (DA) for the precinct and office tower on George and Pitt streets, with the City of Sydney.

The DA proposes a precinct that balances community and commercial uses. It comprises an office tower (Circular Quay Tower) with a mixed-use podium, retail-lined laneways and a new hospitality offering at Jacksons on George.

The proposal offers a range of public benefits with more than 45 per cent of the precinct dedicated to community infrastructure being delivered for the City of Sydney, including George Street Public Plaza, Rugby Place Public Plaza, a public cycle facility, public art and a three-storey community building.

World leading architect firm Foster + Partners was chosen to progress the design of the tower which could become Sydney’s tallest office building with 55 storeys and a height of up to 263 metres, with its architectural roof feature.

Gerard Evenden, Senior Executive Partner, Foster + Partners, said they had considered everything in the design – from the tower’s scale and floorplates to the amenities and technology – to provide flexibility, connection and wellbeing for tenants’ workers.

The DA, which is subject to approval by the Central Sydney Planning Committee, is now on public exhibition. Consent has been granted for the demolition DA for the site. Early works are underway with demolition expected to start soon.