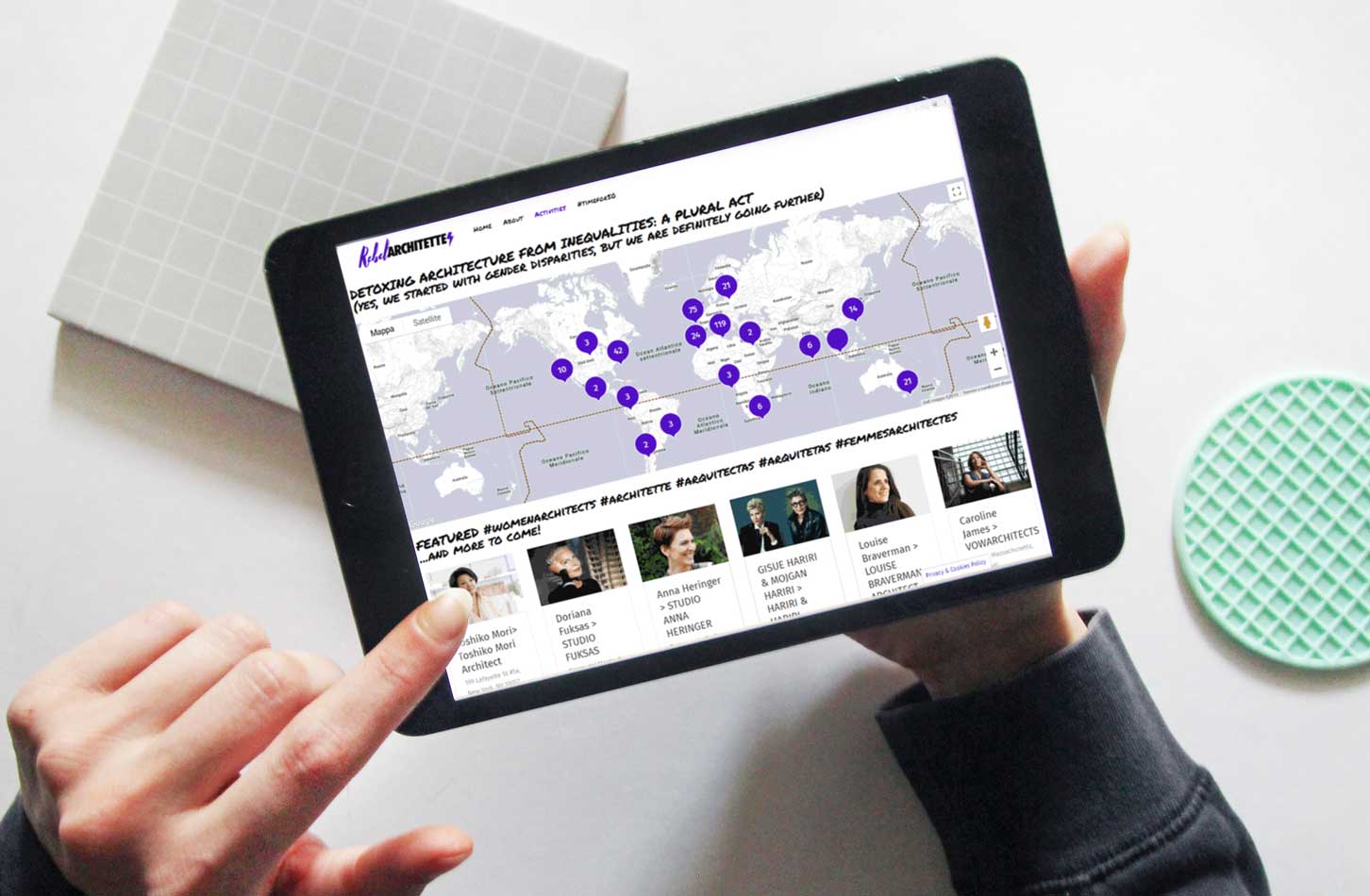 The interactive map lists women-led architecture practices around the world, including 22 from Australia.

RebelArchitette, which is based in Bergamo, Italy, released the map to coincide with the original dates of the Venice Architecture Biennale and say it’s just the start.

“This new visual database of worldwide contemporary, exceptional professionals is intended to encourage organisations, universities, institutions and media to counter the prevalent, toxic, single-gender architecture landscape with a richer and more inclusive panorama.

“In parallel, emerging practices from the least exposed areas of the world will also be brought to the fore as part of the overall project.”

Perani uses Italy as an example of the inequity that exists in the industry, saying the country’s overcrowded architecture field makes “a harsh, competitive attitude mandatory.

“Boys’ clubs are still winning the game in the public face of architecture,” she adds.

The Women Architects World Map displays counters of the women-led practices across the globe. Users can click on the counters, which zooms in the map by region, then state, then city, displaying the name, address and website of the practices.

RebelArchitette made a name for itself in 2017 after its founding members campaigned to be able to use the official title of Architetta, meaning female architect in Italian. Before, only the masculine term Architetto was available to them.

In 2018, it published an online book, Architette = Women Architects, profiling 365 women architect role models from around the world.

It says it hopes to eventually provide similar profiles for all the practices and individuals listed on the map.

With this new curatorial project, RebelArchitette says it’s going beyond the #timefor50 #timeforequality campaign, which it launched in 2018, advocating for equal participation of men and women in the public face of architecture, not just in public speaking, but also teaching, jury membership, crits and writing.

With the new tagline “from ego to plural”, the collective issues an “international call to the cultural and academic world” for a joint public presence of the role models who inspire the next generations of architects.

“Architecture talks always overuse words such as accessibility, inclusiveness, participation. We want architecture to be that. We will not stand for continuing classism, colonialism and gender-related discrimination,” says Perani.

“Let’s stop the culture of hero-worship and move towards a complete re-establishment of collaborative, plural, intersectional architecture.”

RebelArchitette collaborated with Architecture Women New Zealand, Arquitetas Negras, Arvha, FemArk, Femmes Architectes, Iranian Women Architects, Madame Architect, Mujer Arquitecta, Momowo and Women in Architecture France to compile the first iteration of the map, but it hopes the tool will soon be open to editorial contributions from other associations and individuals advocating for equality change in architecture.

“Collaboration versus competition, richness in diversity. This new visual directory is a deliberate plural act for an inclusive society of designers. Everybody has the potential to make the project grow,” says Perani.

ADR made the decision earlier this year to have more women judges than men in its IDEA 2020 awards jury. Earlier this month, the research-based advocacy organisation Parlour was awarded the Paula Whitman Leadership in Gender Equity Prize. And we spoke to three women in the industry about their experiences with gender disparity at the top. in the latest issue of inside magazine.