Home • Interiors • Women designers on their experience at the top 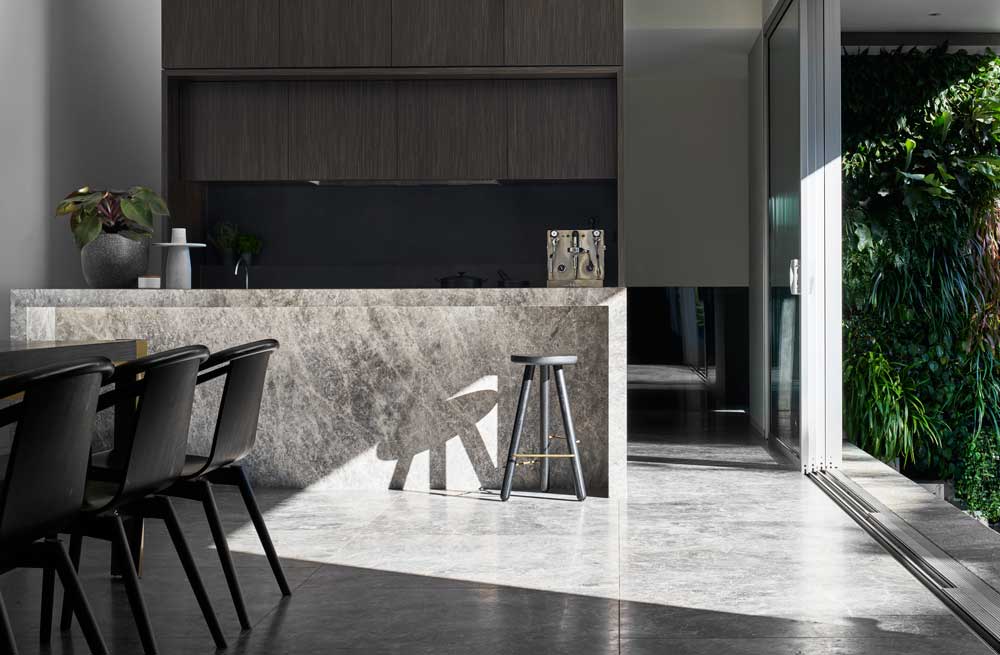 Women designers on their experience at the top

Women in design aren’t new or particularly revolutionary, but the fact remains that there are still more male practice and studio leaders than there are female ones.

Meet three women who are working to change that, as they share their experiences at the top and their aspirations for the generation to come.

“When I graduated in 1991, Australia was in a recession. There was no work, so a lot of my colleagues were driving taxis,” says the Melbourne architect. Coy skipped town to Paris, which was “booming at the time” and spent her formative years doing major projects in studios like Renzo Piano Building Workshop. “It was more progressive in France. Piano’s office was probably 50/50. We were all architects. There were no interior designers.”

Coy returned to Australia to start her own practice with husband George Yiontis in 1996. “We would have directors’ summits planning what we would do in the years ahead, which included how big we would let the practice get. We were very strategic and meticulous about our planning in the early days.” Coy Yiontis had early successes in residential, but was hard hit by the Global Financial Crisis (GFC). “Our belief was that all we had to do was design things and people would come. We didn’t bother entering awards or photographing our work. After the GFC, we quickly rectified that.”

Coy is now focused on keeping the business small and agile, and being a role model to her office of mostly younger women. “It’s really important to me that female voices are heard. There is still an unconscious bias against women in the industry. We may get a couple come in and they’ll want me to do the interiors and George to do the architecture. That’s such an old-fashioned and cold concept,” Coy notes. The practice is about “challenging preconceived ideas” of design and Coy seeks to do the same for women in the industry. “The workplace is evolving. We are respected as professionals. Have no fear and always take photographs of your work.”

“Studio Tate was born on the back of Alex Hopkins’ experience in the industry, which I shared, and that was a lack of opportunity,” says Nicholls, now in her sixth year as the studio’s strategy and practice director. “We both really wanted to set up a practice where we shared decision-making and were provided with an opportunity to design, develop, grow and be part of a business rather than necessarily just working in one.” That’s an opportunity the duo now extends to their all-female design team. “Everybody in the practice has a business or organisational responsibility. They can have an impact on the business as well.”

Nicholls’ background is international development and her role at Studio Tate is focused on lifting clients, engaging them and shaping the outcome beyond the design into project partnerships and PR. “Over the years, we’ve become better at articulating ourselves. Clients want something new, but convincing them to take a risk on you is a challenge.” Studio Tate has made a name for itself in residential – Tate, by the way, means ‘cheerful’ in Norse – but the practice is moving into aged care and education.

“Alex and I share a passion for bringing good design to everybody. It’s about people who can’t afford design. They deserve great design outcomes as well. It’s not just about something that’s beautiful. It has to feel good. It has to be fit for purpose and has to function well.” For Studio Tate, part of that fight involves changing perceptions. “We talk very much about having a positive impact – building the brand of interior design, so the community knows what it’s paying for. You’re not a stylist and you’re not a decorator,” she explains. “I advocate open communication and talking constantly about how you can make things work better than you did yesterday.”

“Creating something new means there’s always a little bit of doubt, but that doubt is what drives you,” says Challis. Growing up in Germany, the designer would drag the furniture across her attic bedroom, creating spaces. She followed this with a PhD in art history. “I’ve spent my entire life interested in aesthetics.” From there, she applied her knowledge to an interior design blog and a handful of pro bono projects, before starting her studio 15 years ago. “One of the most difficult things starting out is actually believing in yourself and having a vision of who you want to be and what kind of life you want to lead,” she notes. “The first sale is the sale you make to yourself. It is about backing yourself. Fees are non-negotiable. We charge what we charge because we are exceptionally good at what we do.”

Another important lesson was learning to say no. “On a large project, you’re working with a client for anywhere between six months and two years, so it is vital they’re the type of people with whom you want spend a substantial amount of time.” For Challis, the latter is especially important. “I had, not that long ago, a #MeToo moment. I suppose it is one of the challenges of being a working woman, but I’ve been fortunate that the industry is really supportive.” Still, she is conscious of what she calls “gendered stereotypes”. Not all female bosses are collaborative and not all male bosses are strong and dictatorial. It’s the same with design.

“The industry is more aware than perhaps the general public that female designers don’t have to be doing soft, feminine designs and male designers don’t have to do Brutalist design with hard architectural lines.” What’s important to Challis is building a strong team and inspiring those in it. “No designer can be amazing at everything. You need to have a vision, then make sure you collaborate with amazing individuals to create something special.”