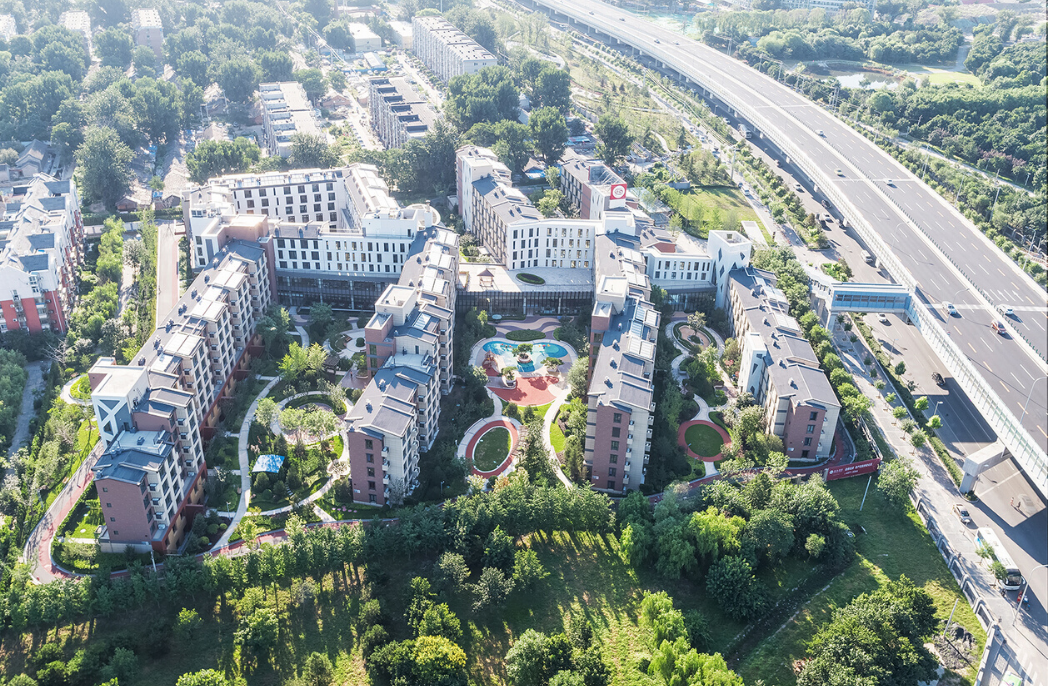 There are ample opportunities for Australian design entities to weave their magic in Asia, but those seeking success by emulating their local business model may leave disappointed.

Earlier this year the University of Sydney School of Architecture staged a congenial exhibition called Fusion of Horizons. Consisting of private letters, diary entries, ethnographic research and an array of drawings and models, it told the story of five pioneering architects from Australia who travelled throughout Asia in the postwar years and whose work fundamentally contributed to the architecture and design of the region.

It is a narrative that is just as relevant today, with the Australasian design community continuing to have a major impact across that corner of the world. However, Peter Verwer, the former CEO of the Asia Pacific Real Estate Association and current executive chairman at fractal IQ, says that when it comes to the enormity of Asia’s growth juggernaut and the opportunities that exist for local firms in Asia, this is just the tip of the iceberg.

Verwer, the keynote speaker at November’s Business of Architecture and Design (BoAD) conference in Sydney, says there are colossal urbanisation dividends to be reaped in Asia by those who help design, finance, build and manage Asian cities. As evidence of this, Verwer cites the Brookings Institution claim that over the next decade, 88 percent of the planet’s new middle class will be Asian and, by 2030, China, India and Indonesia are likely to account for 43 percent of global consumption.

In addition, Asia’s consumer class is growing eight times faster than the rest of the world combined and this dynamism is reflected in its projected spending power.
It is, however, the pace of urbanisation that is most astounding. To offer some context, Verwer says that currently, China, India and Southeast Asia are now urbanising in tandem at the rate of an Adelaide every 10 days, a Brisbane every three weeks or a Sydney every one and a half months. “In truth, Asia is only just moving out of third gear,” he says. “It’s fair to say there is plenty of growth runway before us.”

Australian headquartered multidisciplinary group HASSELL made its first foray into Asia in 1991. With studios in both Hong Kong and China, it has worked on many key projects including Alibaba Headquarters in Hangzhou, GSK Asia House in Singapore, Sina Headquarters in Beijing and dtac House in Bangkok. Principal and Asia Region leader Andrew Wilkinson says his 250-strong team is seeing some interesting movements in terms of the direction of change in the various Asian markets.

With Asia’s growth and rising middle class, the resilience of its cities and developments is now becoming key, he says. “To date, it was a demand-driven process in terms of how developments were decided upon, but now it’s the long term-viability and impact of new developments that is a much more considered part of the process.”

In China there is a decided move away from lower end manufacturing towards the innovation and knowledge economy, while the Chinese Government is also pushing what Wilkinson terms its “sponge city” policy, for all new and retrofitted developments to enable water protection and retention. This move has now resulted in a new green building standard that buildings there are being designed to meet.

Chris Straw, a partner at Melbourne-headquartered design firm ThomsonAdsett, and whose company has offices across Jakarta, Wuhan and Hong Kong, agrees China’s massive urbanisation means there are many opportunities for Australian businesses to make their mark. Straw says in the ’60s and ‘70s only around 20 percent of people in China lived in cities; in the past year that number has surpassed 50 percent. “That creates some level of grief for the local people, but it also creates opportunity. That’s why we’ve seen a huge influx of development there.”

Straw says the opportunities that have emerged for design firms seeking access to the Asian market are most pronounced within social infrastructure work. There is scope to create accommodation for older people, places for people to shop (retail), places for people to go when they’re sick (healthcare) and places to learn (education), he says. Straw believes there are also openings available for Australian groups to work in collaboration as offering a collective range of goods and services (with like-minded firms) as a country is of benefit in the Asian market. Yet, while it may dominate the headlines, it’s not just in China where the opportunities lie

Alan Kueh, is the director of architectural and design practice AK+, which is headquartered in Melbourne, but operates small consultancies in both Singapore and Malaysia. With his portfolio boasting projects including Hermès Singapore and Changi Airport Group, the Australian-born architect says his firm has a number of large scale mixed use projects – involving residential, hospitality, new co-working, co-living, retail spaces and public arenas – in the pipeline across all three countries.
Kueh says with a population of just 5.6 million, Malaysia is one of the world’s smallest countries and has adopted a “pragmatic and efficient” approach to managing urban density.

In terms of qualitative improvement, the country requires an almost-quantum leap to stay competitive as a regional leader in redefining urban living, which is where Australian firms have a great shot at prospering, he believes. “In this aspect we have adopted much from the Australian cities. Australian cities are at the forefront of the game qualitatively to improve the handling of economic, social and environmental issues,” Kueh says.

Wilkinson says it’s important to remember that Asia consists of many diverse countries. “It’s useful to think of Asia as having the complexity of a region like Europe. There are similarities between various countries, but there are also vast complexities both within Asia and within countries themselves,” he says. The trio also agree there are numerous differences in the types of projects their Asian and Australian offices encounter.

Wilkinson says there are massive different in scope, scale and speed. “As an international practice, throughout Asia we’re more focused on the front end and have to work with local delivery firms. In Australia, we would be taking a stronger role throughout the entire process, while, in Asian countries, it’s more geared towards the front end and initial phase of work.

“The scale of the projects and the speed at which they are delivered is the other main difference. Compressed programs are completely normal across various Asian countries, and being able to adjust and adapt our systems so we still bring the rigour of design process is a real challenge. Getting the necessary inputs from the right people while moving at a non-linear fast pace is a notable difference compared to Australia – we need experienced people here who know how and when to plug in.”
In offering advice to those considering entering the market, the experts note design practices seeking to take advantage of the opportunities available in Asia must be diligent and realistic about what to expect.

Wilkinson says agility and the ability to adjust and change step during the process and ensuring that we can deliver on quality is paramount to running a successful business in Asia.

Straw, who has been instrumental in helping to oversee many of ThomsonAdsett’s Asia-based projects, including the Kwong Wah Hospital in Hong Kong, notes the projects the firm is involved with in Asia differ from local projects owing to the fact architects working in China need to have strong relationships with people there.

It’s part of the Asian culture to develop strong relationships with your client, and that takes time. Therefore time spent in the market is an important thing, he notes.
“We often need to collaborate with local firms for projects in Asia. They’re typically responsible for delivering the project during construction. Our major fingerprints on the project are during the early stages. We work mostly on master planning, the strategic positioning of the development and schematic design. We take more of a watching role, or QA (quality assurance) role as the project goes deeper.”

Aside from the obvious language barriers, there are other cultural and economic concerns that can arise for Australian architects seeking to enter the Asian market, including considerations around local rules and regulations and issues with contracts or payments. Straw says from a legal point of view in Malaysia you are subject to English law, whereas in China you’re not.

“In China, you don’t normally go to court. So if anything goes awry, how you deal with legal matters in Asia can be challenging.” For his part, Kueh says in Singapore it can prove difficult to embrace international influences while remaining true to the local DNA. It’s important therefore for any architects or design firms looking to enter the Asian market to understand the nuances of the local way of life. “We almost need to construct a framework that fuels the organic growth and inclusion of local culture, rather than force-fitting an outsider’s perspective onto the local context and users. Design is a conversation between human beings and the environment. We [should] therefore take great care in understanding this relationship by expanding the possibilities of this interaction. To do this thoughtfully our design ethos lends itself to our collaborations beyond architecture,” he says.

Likewise, challenged by land scarcity, Kueh says urban planners in Singapore and Malaysia adhere to purposeful land-use policies that sometimes preclude forms of renewal with little stimulation for growth or for the generation of relationships to the surrounding environment. Wilkinson says maintaining control is a critical factor.
“You need to have a clear understanding of your vision as a practice and your intent as a business. You also have to be cautious around partnerships. You can’t be everything to everyone, even though that may seem tempting at first.”

Those willing to break into the Asian market must also be able to adapt to change to avoid getting pigeon-holed, which only creates limited opportunities for the long term, Wilkinson says. “As the markets mature and change and, in many instances, start to lead globally, you have to be able to find the areas of work where your practice can stay ahead of the curve.”

But the rewards are there for those willing to do the hard yards.

Kueh says the time is ripe for urban planners on the ground in Asia to allow the order to take its own form; stepping back and letting go after the structures have been established would promote the organic growth of the natural fabric of places, drawing out their essence and character. “In this regard it is up to both local and international architects to educate and facilitate these valuable approaches to clients and the governments,” he says.

“Architecture and construction protocols usually pose limitations in the design process. However, they also represent an opportunity to rise above the norm. The challenge is to overcome conventional mindsets on the industry’s dos and don’ts, altering perceptions and promoting the adoption of new perspectives for lasting change.”

This article first appeared in AR162.