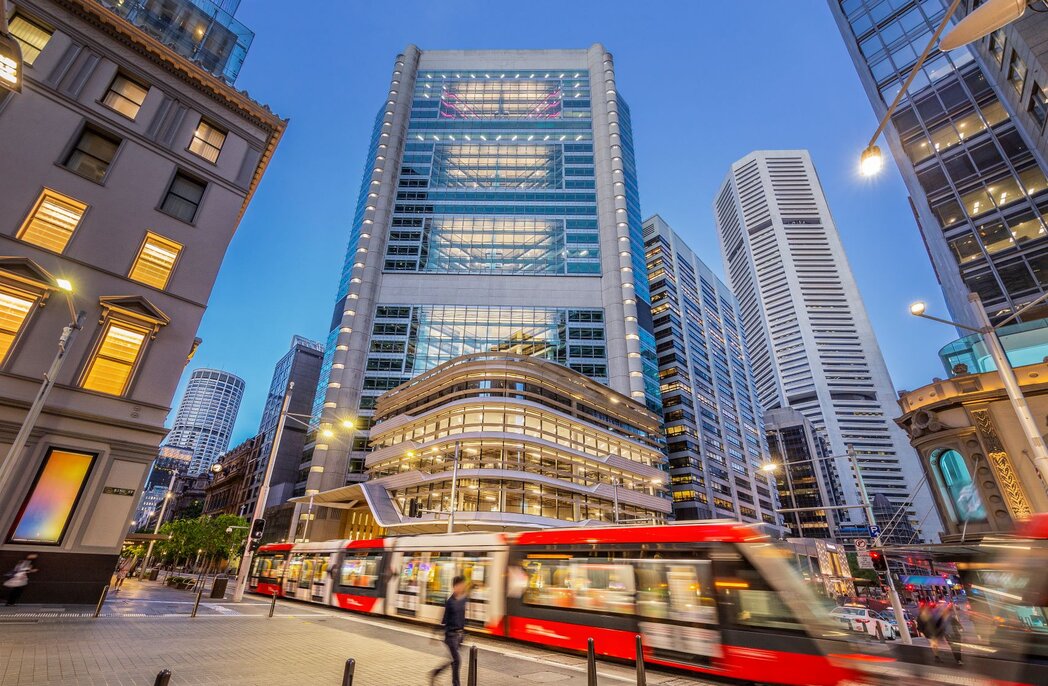 The $200 million redevelopment of 388 George Street has been completed, transforming the original 1970s office tower into a state-of-the-art A-grade commercial tower with a prime-new retail pavilion and improved connectivity to the surrounding Sydney CBD.

Located on the corner of George and King Streets, one of Sydney’s most prominent  intersections, 388 George Street is jointly owned by Brookfield and Oxford Properties, owner of the OIPP portfolio, with the redevelopment built by premier builder, Multiplex. It delivers 38,364 square metres of A-Grade commercial office space and 2,680 square metres of prime retail space to the CBD core.

The revitalised building – which will be officially declared open yesterday by Sydney Lord Mayor Clover Moore – now also features a through-site link integrating it with the newly pedestrianised George Street and connecting it to King Street.

The new pavilion was designed to complement the rich history of the site, incorporating a custom designed curved sandstone and glass façade inspired by the topography of the surrounding CBD landscape.

Richard Francis Jones of FJMT says: “This new facade reinforces a juxtaposition between the new pavilion and the existing modernist tower whilst strengthening the streetscape of George Street.”

“Our design will not only restore the street wall but also create a through-link on the site that will be a natural extension of the existing link between Pitt and King streets.”

388 George Street was originally designed by renowned Australian architect John Andrews in 1976. It was a highly acclaimed project and internationally recognised due to its innovative design as the building stands at a distinctive 45-degree angle on the street corner.

The redevelopment created over 250 jobs during its construction. Complexities faced throughout construction included the intricate and extensive use of glass on the project with the largest piece of glass used measuring 7 metres by 3 metres and weighing 2.4 tonnes. The glazed doors found at the entry to the foyer are the first structural glazed revolving doors in Australia.

In August, Make Architects and Architectus topped out their $2 billion collaborative project Brookfield Place Sydney, including the restoration of Shell House and 285 George Street.