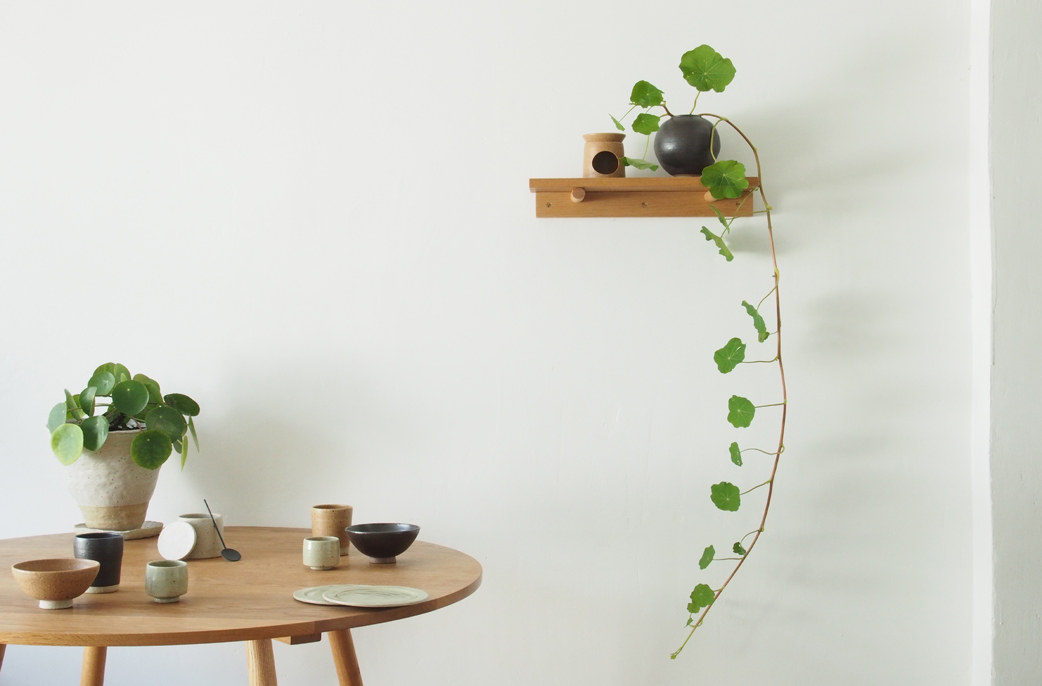 As an object of desire, Wingnut & Co.’s ‘pot and spoon’ is at the top of the list. It is organic, tactile, supremely useful for lovers of condiments, and a perfect marriage of stoneware and steel. 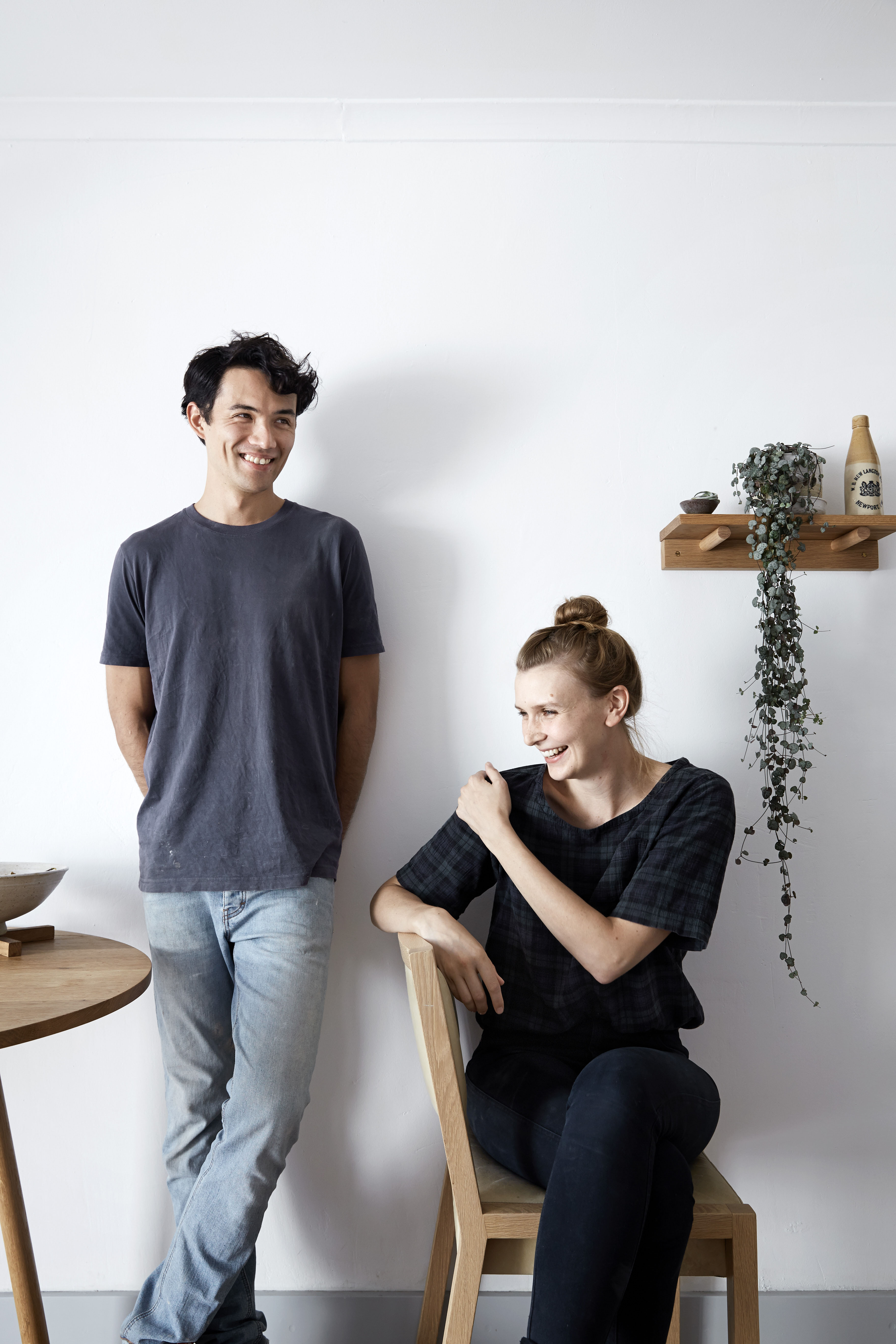 Designed by Wingnut & Co. partners Anna Miller-Yeaman and Asuka Mew the object is a fine addition to their ceramic collection of tableware, drinking implements, pots, vases and small and large objects.

The business began in 2013 and, as Miller-Yeaman explains, their ceramic designs “are a direct reflection of function” albeit an embodiment of clay design at its most stylish. The name Wingnut & Co. is itself a little unusual; however, it does epitomise the nature of that little object, the wingnut, which is practical, minimal in design but equally beautiful in its simplicity.

The two owners met at the Victorian College of the Arts where both were studying other schools of artistic endeavour – Miller-Yeaman, sculpture in timber and Mew, fine art. As luck would have it (for us the discerning public) their design interests moved to ceramics and the pair now has a successful business designing, making and supplying products to a variety of bespoke retail outlets, as well as creating custom commissions, such as tableware, for the Japanese restaurant Minamishima.

Mew was born in Japan, studied in Australia and now calls Melbourne home; however, his aesthetic encapsulates the finesse and detail of his homeland especially in the beautiful teacups that are a major product line for the business. As the maker, Mew sits at his potter’s wheel at the back of the Wingnut & Co. shop in North Melbourne creating and making, while Miller-Yeaman attends to front of house, administration and sales. Their business has grown exponentially; however, as artisan makers their output is limited and so very in demand. Each object is particular and, although fired in the same kiln, the vagaries of fire, temperature and material dictate that each object is just a little different from another. 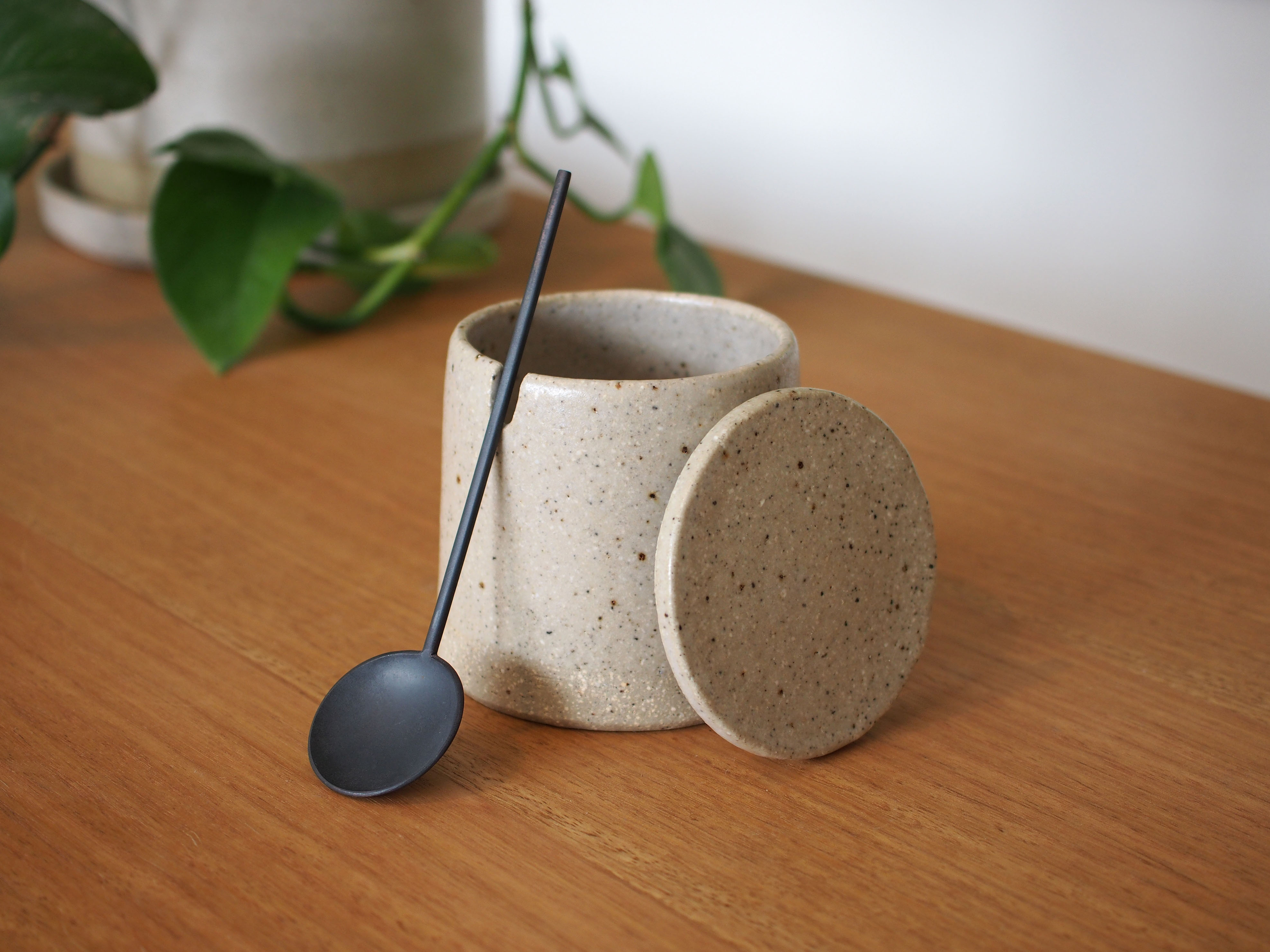 The idea for the ‘pot and spoon’ came about in collaboration with the metal-based creative practice of Rowsaan, run by designer-makers Rowan McLachlan and Saan Davidson. Wingnut & Co. approached Rowsaan to design and make a spoon to accompany its pot and so a fine blackened stainless steel object was crafted. The rest, as they say, is history. The combination of ceramic and steel is a beautiful juxtaposition of materials, a timber spoon would have perhaps been obvious; however, a metal one is unexpected but completely complementary to the fired clay. With artistry and utility at the heart of the ‘pot and spoon’, the object in this format takes an old idea and recreates it in a new and updated format.

As a celebration of the handmade, the ‘pot and spoon’ from Wingnut & Co. is supreme. The pot is elegant, smooth and textural, and the earthy colours of the glaze make for an object that is at home on the timber table in the backyard or indoors alongside fine porcelain on the dining table. And the spoon? Well, that is a touch of luxury that completes the picture.