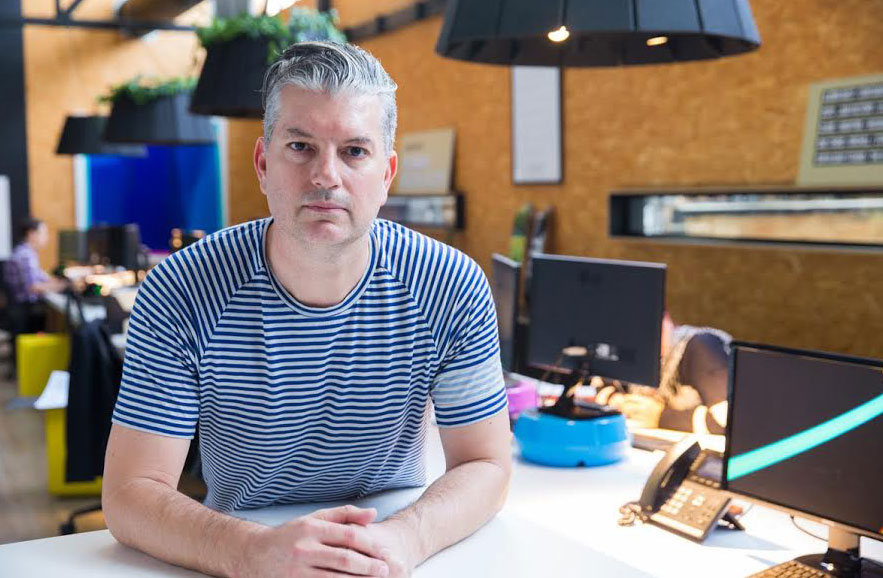 Bird’s career launched in architectural lighting in Australia before relocating to the US, designing for several major US manufacturers. Returning home to his own practice he focused on designs embodying a visual display of strength which explore negative space.

He founded Luxxbox in 2006, designing and manufacturing furniture, lighting and objects for both commercial and domestic use. Bird moved into acoustic lighting after receiving requests from interior designers to incorporate the technology into his designs.

“You talk about the inefficiency around sound in the workplace and what that causes around loss of productivity and loss of dollars at the end of the day,” he says.

“There are many benefits to this type of lighting product and the ability to put it right where the sound is generated, where people are talking, and occupying that space where formally there was nothing.”

Luxxbox took out the LIT Lighting Design Awards in 2019 for its Blade light, which reduces reverberated noise in open space for increased comfort and concentration.

“Wellness across all levels in the office space is key. That’s not just sound as well, lighting has always been part of that, and more and more around tuneable lighting and cicadean rhythms, where you’re changing the colour temperature during the day. Most lighting is capable of that now.”

Luxxbox recently installed acoustic lighting in the Melbourne office of the Australian Learning Group. It also worked with Brisbane-based interior designer Collectivus to reduce ambient sound in its co-working spaces through acoustic lighting.

This video was shot by ADR for LuxxBox by Madeleine Swain.

Check out some of our other videos with architects, designers and product designers on ADR TV.

Luxxbox’s GOMA chair showcases the intersection of art and design