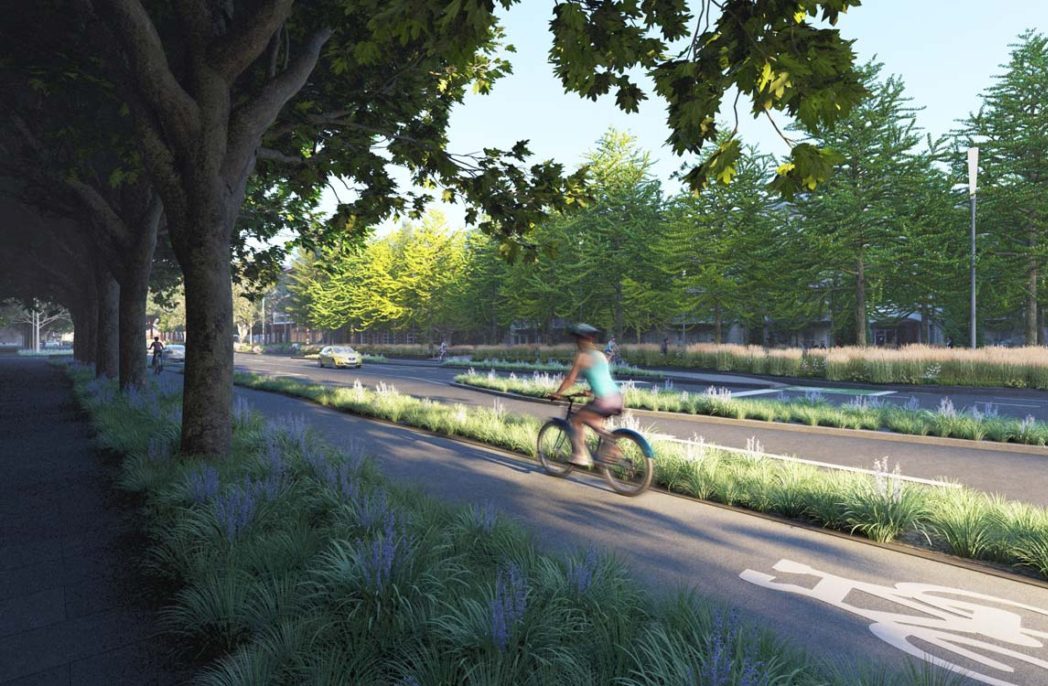 The City of Melbourne has unveiled artist’s impressions and a video of its $35 million plan for over six acres of new public open space on Southbank Boulevard and Dodds Street, Southbank.

The Future Melbourne Committee will consider the Draft Concept Plan, which has been shaped and informed by extensive community and stakeholder engagement, on Tuesday 18 July 2017.

The Draft Concept Plan includes 10 key actions with a three-stage construction plan which will see the project completed in 2020. Key aspects include:

– 1.05 km of dedicated, separated bicycle lanes,
– water sensitive urban design and flood mitigation,
– upgraded tram and bus stops, including the potential for ‘green’ tram tracks,
– improved biodiversity through extensive planting and a new generation of diverse trees with seasonal variation and year-round interest, and
– a critical neighbourhood space for Southbank.

“The space planned for the front of the ABC alone would be roughly the same size as the City Square. Dodds Street will be remade into a public space that can cater for everything from street performances to farmers’ markets and medium scale music festivals at the doorstep of the Victorian College of the Arts.”

The new open space will support the increased residential population in Southbank, which is forecast to rise by 175 percent over the next 15 years.

See the City of Melbourne’s plans for new green spaces for Carlton here.

“Half the challenge of recycling could be solved through good design”