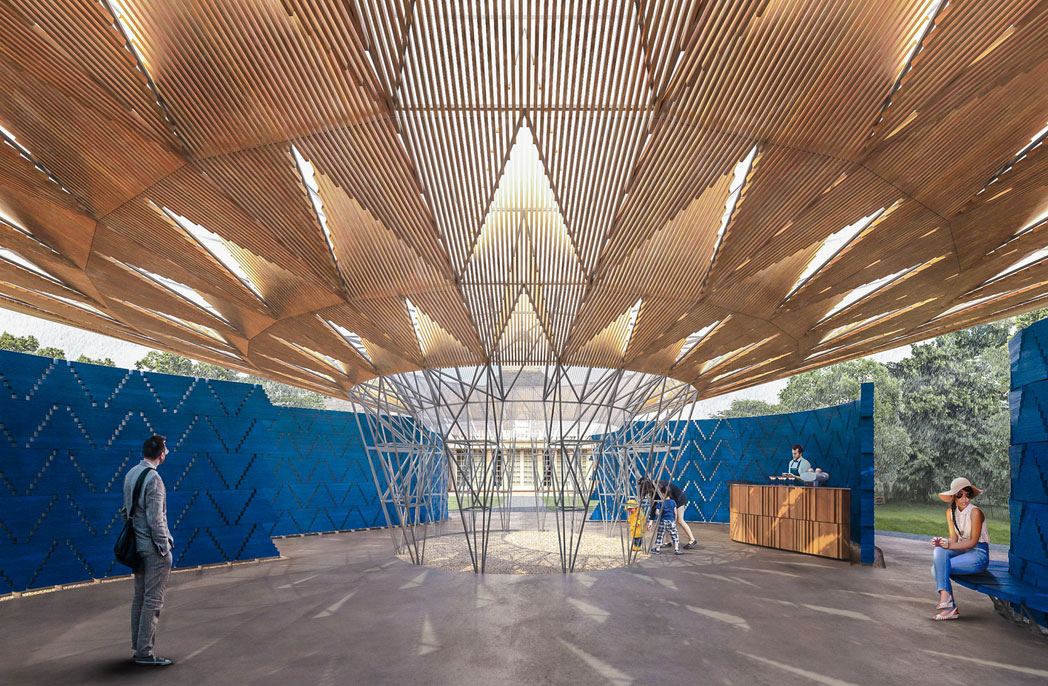 Diébédo Francis Kéré, founder of Kéré Architecture, has been announced as designer of the 2017 Serpentine Pavilion. The temporary summer pavilion, which was established by the Serpentine Galleries in 2000, is located in London’s Kensington Gardens in Hyde Park each year and designed by an architect who has not yet completed a building in England.

Kéré splits his time between Berlin and his hometown of Gando in Burkina Faso. His design for the Gando Primary School, which was completed in 2001, went on to win the Aga Khan Award for Architecture in 2003.

The initial designs released for the 2017 Serpentine Pavilion show a tree-like structure held up by a lightweight steel framework which stands in the centre of the space. The roof canopy harks back to life in Gando, where a large tree is a meeting point for the community. The canopy will be constructed out of timber battens and a transparent skin, allowing dappled light to filter through to the space below – just as a tree would do. This provides a shady, sheltered place to mingle, which is illuminated by natural light that dances across the space.

Another feature of the roof structure is a central oculus – this opening at the centre of the space will funnel water from the roof down to the middle, before draining away through a hidden underground drainage system. This creates a controlled waterfall effect when it rains.

To add a sense of enclosure, a wall of prefabricated, interlocking timber grids will surround the space underneath the canopy. The curved blocks making up the wall also feature gaps much like the roof, to allow transparency as well as intimacy. Users can enter the space from one of four points along the curved walls. 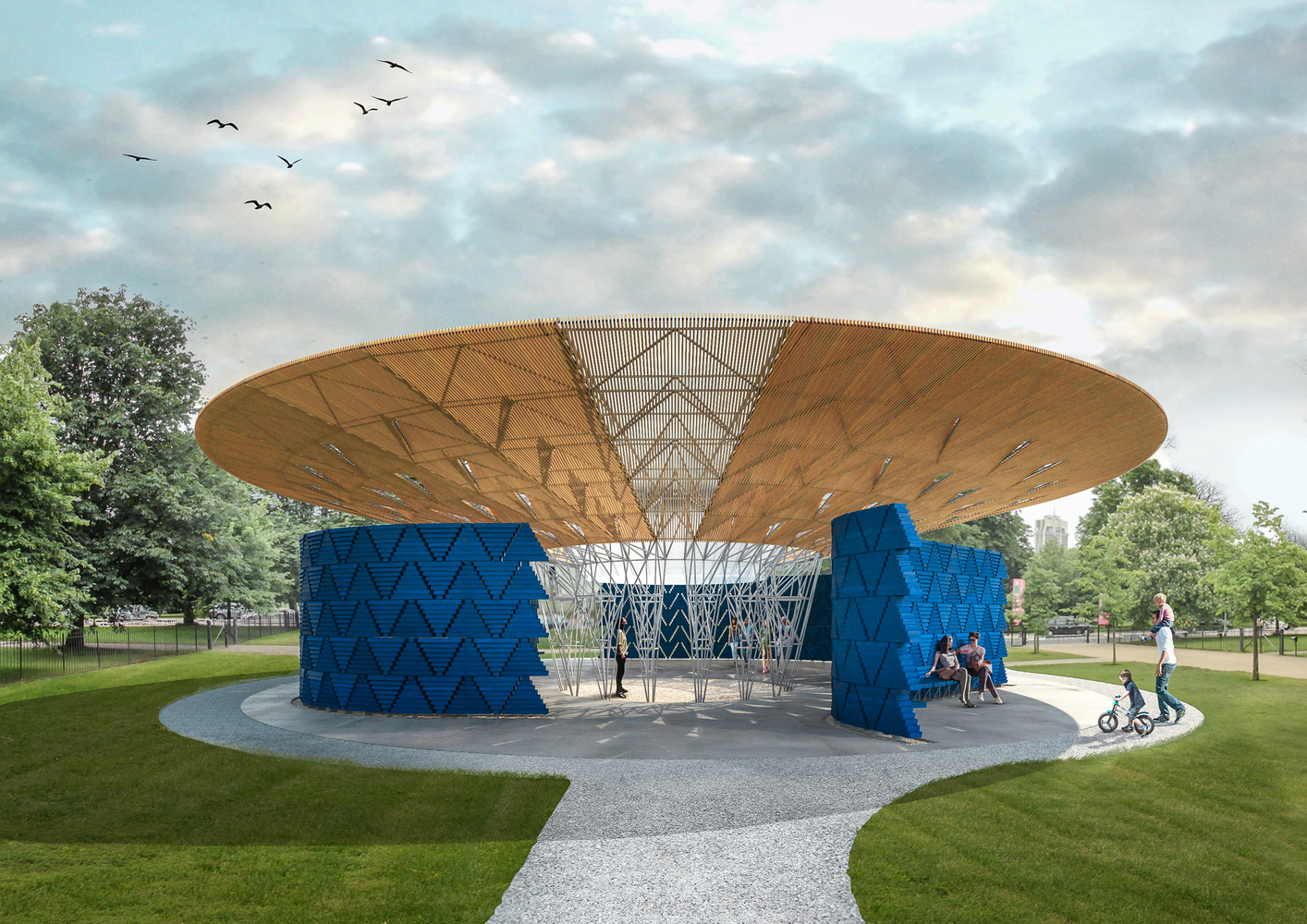 When talking about the design, Kéré explains that the proposed pavilion will use experimental construction techniques, taking insights from his hometown of Gando and using them in London to create a ‘micro cosmos’.

Kéré’s design philosophy and goal for the pavilion is summed up in the statement, “I believe that architecture has the power to, surprise, unite, and inspire all while mediating important aspects such as community, ecology and economy.”