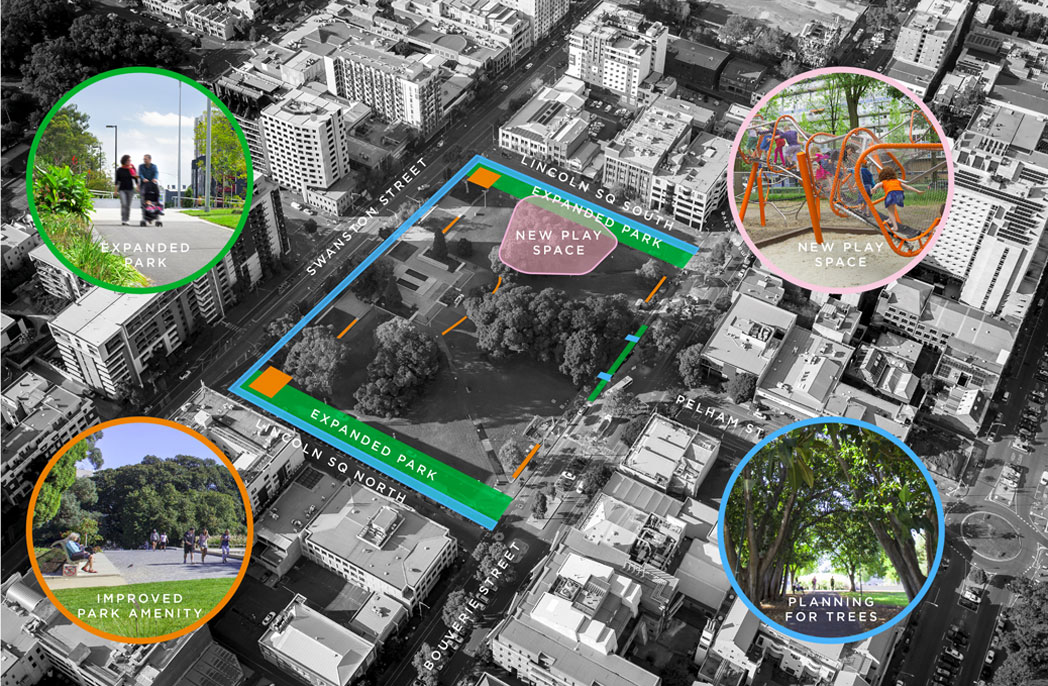 The City of Melbourne seeks community feedback for a proposed expansion to Lincoln Square in Carlton, Melbourne. The historic park is undergoing development, including the creation of a new play space.

Chair of the City of Melbourne’s Environment Portfolio Councillor Cathy Oke says the new concept plan will set the direction for improvement works to the Square over the next five years.

“With the population of Carlton expected to increase by 60 percent by 2026, now is a good time to improve Lincoln Square. A significant number of pedestrians walk through Lincoln Square to get to key destinations such as Melbourne University,” says Oke.

“We want to make it safer and easier for people to move through Lincoln Square by upgrading the lighting, park entrances and pathways, including providing a new pathway along Lincoln Square North.”

The newly released plans for Lincoln Square follow the 2016 works to redevelop the Swanston Street Plaza, which also included a $3 million underground stormwater system.
Lincoln Square was set out in the 1850s along with University and Argyle Squares making it one of Melbourne’s oldest parks. It is also thought to be the site of Victoria’s first playground (circa 1907) and is currently the only playground in the catchment area.

“We plan to create a wonderful new play space. With a growing number of children living in apartment blocks, it’s important we create a place where local children and families can connect,” says Oke.

In developing the plan, community engagement was conducted between April and May 2017.

See a laneway regeneration project by the City of Melbourne.