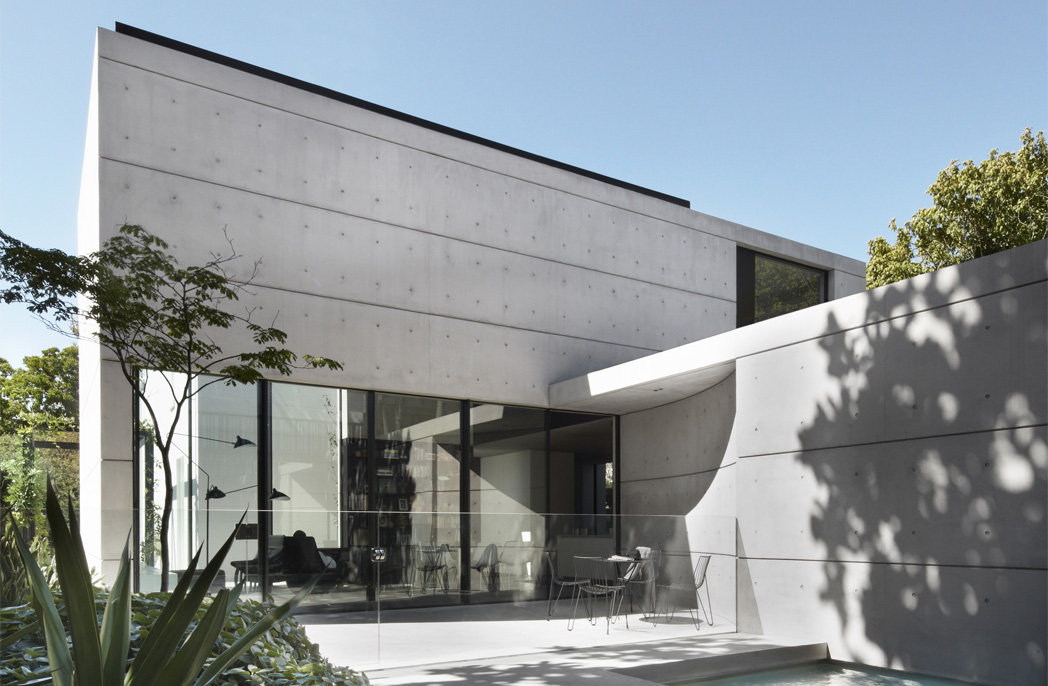 There is nothing more beautiful than a sheet of clear glass cascading down a building and disappearing seamlessly into stone.” In saying this, Sydney architect William Smart is inadvertently echoing the words of Le Corbusier who, in a Czech trade journal of 1935 anointed glass “theoretically perfect”. In the Prague quarterly glazing record, Tchéco-Verre, Le Corbusier continued: “Glass that allows total light penetration, passing through without any distortion. Glass that, from inside the building, is as pure as a clear sky and that, from outside, provides distinct angles, a sense of flow, brilliance, and fluid movement. Glass that gives a sense of perfection. What a wonderful material to perfectly express part of the spirit of the Modern Age!”

It took less than 15 years for American curator-architect, Philip Johnson to turn widespread admiration of glass to derision. In 1949 Johnson unveiled his notorious Glass House on an extensive estate in the tiny Connecticut suburb of New Canaan. Very quickly it was noted not only that the Glass House was a blatant copy of Mies van der Rohe’s Farnsworth House – a maquette of which Johnson had included in a Mies exhibition he’d devised at MoMA in 1947 – but that it was nigh impossible to actually live in. An incredible row broke out between the two men. But it was nothing compared to the furore that bubbled up around the Glass House itself. Ultimately it was apropos since the only scandal could appropriately cloak the folk living within. Totally exposed in all activity but the most intimate ablutions, Johnson’s Glass House made clear the folly of total transparency and set the gallows for those in glass houses who should never, ever throw stones. He soon kitted out a basement and constructed several outhouses in which to actually live. The guffaw resonated across the culture.

Times have changed. The foibles of high modernism have been put through the wringer, its tendency to dogma attenuated. And we’ve all come out the other end with the same desire for light-filled, airy homes, easy on the eye and resplendent in their surrounds.

The particular house William Smart was talking about is Orama, a multi award-winning Victorian terrace adaptation in the chic Sydney suburb of Woollahra. The genius of Smart Design Studio is in harmoniously marrying a concrete and glass extension to the 19th century home by echoing the elegant volumes of the original. But where the Victorian wing is typically dense, ornate and occlusive, the new wing is airy and sparse. This is in large part due to the skilful integration of massive plate glass panels into the exterior walls. At one point, glass doors stretch six metres high.

“The glass is designed in such a way that the mullions are only 17mm wide and there’s no bottom or top rail,” explains Smart. “The glass plate goes right to the ground and direct to the ceiling. Looking straight on, it’s incredibly thin. It has to be deeper in the lateral to be solid enough for wind or impact resistance, but the sections are beautiful.” There are several importers of innovative glazing suites – Smart points to Vitrocsa, Skyframe and Schuco.

One of the most interesting innovations in glazing techniques is fritting, which entails the bonding of glass particles into a porous but solid body. The resultant variegated surface allows digitally printed patterns to be applied to the glass. Foster+Partners fritted the glass ceiling of the elephant enclosure at the Copenhagen Zoo, developing an abstract pattern that simulates a canopy of trees. Norwegian architectural practice Snøhetta used fritting to add interest to the windows of the recently opened student centre at Toronto’s Ryerson University.

The irregular building structure is offset by digitally-printed fritted glass, which allows for nuanced lighting of the interior and helps offset solar heat gain. Looking out, the asymmetric shapes frame iconic views of the city. Perhaps most spectacularly, Dutch firm Wiel Arets Architects applied a minutely detailed fritting technique to the glazed façade of the Allianz Insurance headquarters in Zurich. Modelled on Mies van der Rohe’s iconic Barcelona Pavilion, the fritting pattern gives the building’s exterior the appearance of marble (local zoning requires buildings to be made from stone) while maximising solar penetration and views.

In terms of design, glass is clearly on trend – in large part due to Spanish designer (and new art director of Cassina) Patricia Urquiola’s newfound fascination for the material she until recently admitted “makes [her] vomit”. The clever folk at Glas Italia managed to get her across the line last year, and she broke the bank with her spectacularly sexy Shimmer collection of low tables, consoles and shelves, each formed from sections of laminated glass with rounded ends. This year, Urquiola again wore her heart of glass on her sleeve, working with graphic designer Federico Pepe to create the Credenze capsule collection. The cabinets, screens and low table are inspired by the stained glass windows German artist Gerhard Richter designed for the Cologne cathedral in 2007, a savvy update of the originals, which were destroyed in WWII.

We’ve seen through translucent side tables by Nendo, UV bonded curved glass tchotchke cabinets by Barber Osgerby, a totally transparent kitchen system by MVRDV… the Dutch firm has even gone so far as to kit out a Hong Kong office in total transparency: the floors, walls, desks, chairs, storage systems, everything is in see-through. It is, predictably enough, known as the Glass Office. “We are moving into a transparent society, businesses are becoming more open with the public, and people care more about what goes on behind closed doors,” explains MVRDV co-founder, Winy Maas. “In that way, a clear workspace leaves nothing questionable, nothing hidden. It generates trust.” Just don’t go throwing stones.