Home • Magazines • Mezzanine • “When the context for design is erased it becomes style.” 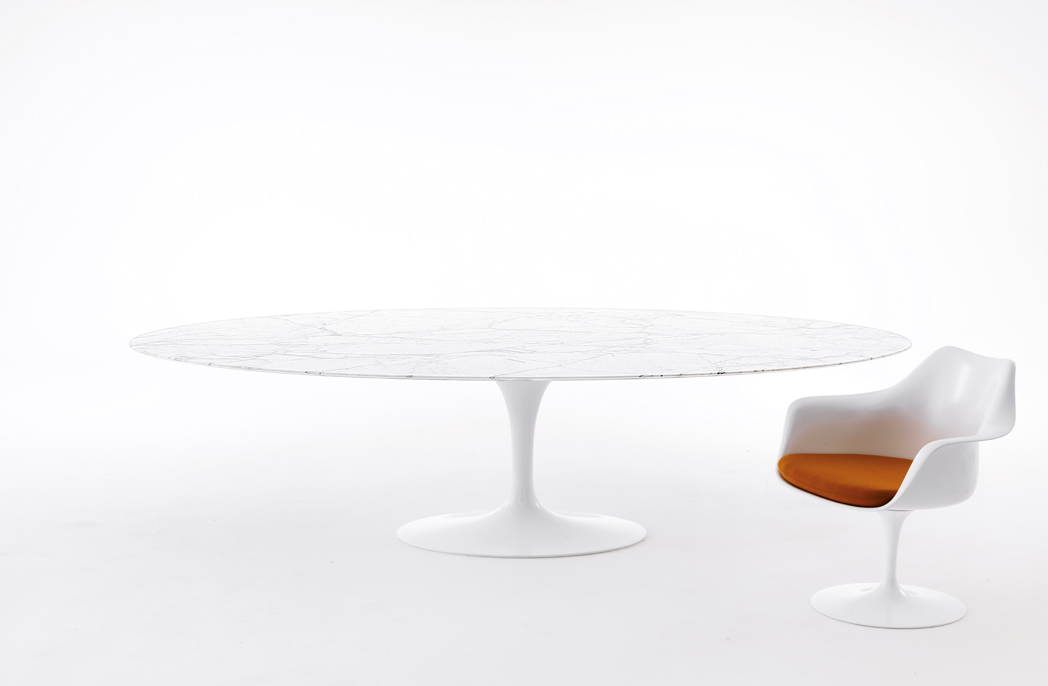 “When the context for design is erased it becomes style.”

Josephine Wilson’s second novel, Extinctions, won the 2017 Miles Franklin Literary Award. Mark Scruby speaks to her about the key role that furniture and designed objects play in the story.

Mezzanine: How would you describe Extinctions to someone who hasn’t read it?

Josephine Wilson: I tried to write a book that had many layers, that could be read for plot or for other reasons, that would relate all these different ideas to do with animal extinction, human extinction, genocide and also, strangely enough, the idea of objects, and the meaning they have in a family.

I also tried to write a book that spoke to my passion and interest in design and architecture, but more so the relationship between engineering and architecture. I come from a family of engineers; my dad studied civil engineering in London. The reason that I made Frederick [Lothian, the book’s protagonist] a specialist in thin-shell structures was because it expressed the most interesting area where engineering and architecture come together, in the capacity to create the shell, to use concrete as both exterior and interior, like you see in [Eero] Saarinen’s work, and [Santiago] Calatrava’s.

That idea of form and function coming together is fundamental to modernism, of course, and Frederick is rather obsessed with 20th century objects, particularly his old Wassily chair.

Yes, but for Frederick it’s become a fetishised, aestheticised iconic kind of collectible relic object, which can’t be sat on, can’t be dripped on, can’t be used by the family.

Then he has a kind of emotional epiphany, and he transforms the chair into a wheelchair.

The technology that enabled the Wassily chair’s tubular steel frame was at the very same time enabling the development of lightweight bicycles and wheelchairs. There was obviously a relationship between design and engineering and it was never just about what it looked like. So I was trying to build that into this character that has a passion for objects, but fetishises design, and then, in order to reconcile in some way the terrible things that happened with him and his son, sacrifices his beautiful chair, and turns it into something that can have a function once more.

I could relate to this idea of fetishising design. These classic furniture pieces, which emerged in a particular historical context, are often cherry-picked to signify a particular kind of good taste.

I think you’re right. When the context for design is erased it becomes style, in the sense of surface, and decoration. The objects are used as shorthand for all kinds of feelings and ideas around taste and design. Displaying certain objects says something about being inside the right kind of discourse. Whereas, woe betide the owner of a bad 1950s laminated table, which used to be very hip when I was a student!

But then, I’ve travelled to China and seen, in Guangzhou, the vast warehouses full of replica furniture, from Victoriana right the way through to the 30s, 40s, 50s, 60s. And now every time I see these kinds of objects, there’s no knowing if it’s real or fake. And at that point, I wonder what exactly it’s a marker of!

Speaking of markers, you’ve included several other design objects in the book.

I’m very interested in the way that objects aren’t just static, that they can be used to tell a story, as objects in museums are. My first job after uni was in a history museum, and then I worked writing for performance. One performance, The Geography of Haunted Places, was a critique of colonialism, and we used stuffed marsupials to reference the idea of the museum diorama as staged history. So in writing Extinctions, I chose a mixture of objects that I was interested in and that would enable the narrative.

One of my favourites is the record player designed by Dieter Rams, and the story about its nickname in the Braun factory.

Yes, Schneewittchensarg, Snow White’s Coffin, in reference to its clear lid. I’d located Frederick in a particular period in England, in this kind of working class background, which he had transcended through moving to Australia and becoming a new man, supposedly, and I discovered that Snow White, the film, had opened in England around the time of his childhood. I thought it was a very interesting connection, so in the book, he has the dream where his son’s in the coffin, and the object and his life connect.

You know, my father had a Braun shaver, which was kept in a box. As a child, I quite admired it. My mum and dad weren’t into modernist style at all, but we did have a few of these now-iconic pieces that came out in the container from England in the 1960s, and which I grew up with. So the point is that my relationship to this design, to these objects, was quite personal.

Frederick’s relationship to his objects reflects aspects of his personality. He’s uncomfortable with anything ambiguous or messy. He wants his relationships to be functional, and the furniture is like that as well; everything is in its right place.

Yes. But, of course, families are not manageable, they’re messy things. And lives are messy things. To me, the minimalist movement is so interesting because it banishes living and makes it a kind of moral righteousness to have no complexity at all. This real view of messy life is banished.

You know, the latest trend is to store your books with their spines facing the wall!

Oh my God, that’s a classic! Well, why don’t we just get some wallpaper, like they do in set designs. We’re approaching the façade, the book as a façade!