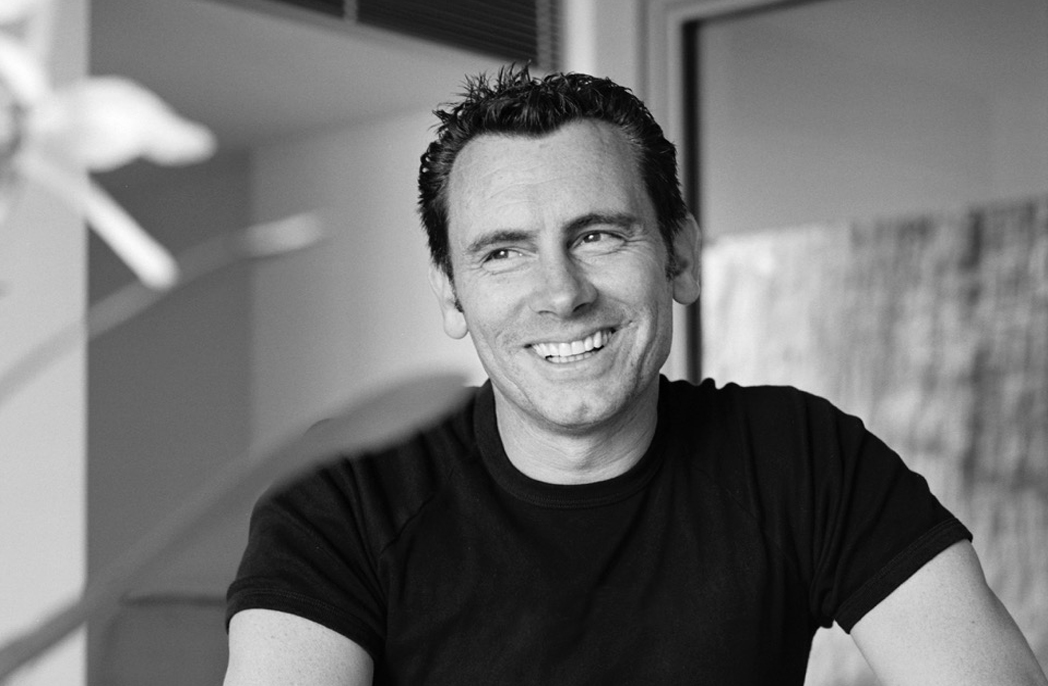 With more than 30 years in the interior design industry, Iain Halliday has not only shaped the aesthetic of Australian interior design, but has continually challenged fashion and taste.

His is  an aesthetic to die for – layered, rich, opulent and stunningly clear of clutter, despite the great plethora of objects and art his projects champion. It is this very fine eye that made his work exceptional in the early eighties, but remains true today. In fact, he has only improved with time.

Combining interior design studies at Sydney’s College of Arts (COFA, now UNSW Art and Design) and architecture from the University of Technology with an ingrained fascination for colour and form, Halliday worked with George Freedman and Neville Marsh (Marsh Freedman) before joining Neil Burley and David Katon in the 1970s. By 1989 the firm had officially become Burley, Katon and Halliday, eventually reducing to the catchier BKH.

A seventies devotee of Architectural Digest, Halliday brought the luminous colour and shiny black and silver of New York to Sydney at a time when battleship grey and galah pink were de rigueur combinations. Where Halliday differed from others, however, was his understanding that there was more than one aesthetic to be admired. “Historically, I can remember liking more than one thing. When I was at COFA it was 1979,” he recalls.

“There was a split New York minimalism that was tied in with high tech – spaces designed for Calvin Klein that had white high gloss walls and black industrial carpeted floors and Bauhaus furniture. What was being proffered by Architectural Digest was a surreal glamour aesthetic and that was an obsession for a long time. But at the same time I admired Renzo Mongiardino’s decorative works.”

From a design perspective it was a case of how to temper a great breadth of elements and make them translate to the very different conditions of Australia, which included light, client tastes and budgets that didn’t allow for the highly decorative. Halliday’s flair for the theatrical has gone well towards solving these issues with a single big gesture often overriding an evenly spread budget. The use of Dale Frank paintings, for example, funnels budget into a grand element that will stand the test of time, anchor a room and most decidedly add opulence.

Halliday’s ability to see more than one aesthetic as positive has inherently informed interiors in both New York and Sydney, while delivering a great diversity within the company’s oeuvre. Moreover, it has allowed signature aesthetics to be created and moved on from with ease. “It would be pretty boring to do things the same way for 34 years, but it depends on how passionate you are about what we do as a career,” says Halliday, who acknowledges that the change from a black and white glam/deco influenced aesthetic to a more colourful and object driven one has often been dictated by place. But he also acknowledges his own need for change as a designer.

“I would be alarmed if we were peddling the same thing,” he says. “What we do has to come from a really personal position and not be a recreation of things one has seen by others. Everyone is inspired by something, but I think the trick is how you genuinely interpret that and make it your own. If you are generally interested in what we do as an industry, you are not satisfied to do the same thing every time.”

That said, change has also been prompted by industry mimics, as Halliday explains. “I’ve been on judging panels where I thought I was looking at one of our projects – I don’t know if it’s intentional, but it would appear some designers have built a business out of doing work that resembles ours. I guess it’s flattering, but it does force you to create the next thing.”

The director of the Sydney office and nominated decorator for the New York office, Halliday’s understanding of the diversity of clientele BKH attracts is ingrained in his approach. Where modernism for some is essential, for others it doesn’t begin to approach the level of comfort required. For others still, it is something that has been left behind, with a New York client once commenting that they had a Saarinen table in the attic.

Halliday recalls a sharp learning curve he experienced when presenting a furniture package to a client 25 years ago only to be met with a blank stare. “It was a textbook response of Barcelona chairs – and it wasn’t perceived as comfort. It occurred to me that there was something missing in what we were peddling and, to keep clients in an interiors role, you had to have more tricks up your sleeve. You have to listen to your clients,” he says.

Now the offering is eclectic, diverse and tailored to suit. A recent Melbourne project, for example, looks to recognise the fact of the house being a high Victorian villa. The client, typically for BKH, has been with the studio for 20 years of interiors. As such, when the combination of vintage and contemporary pieces was put forward, they travelled with Halliday to New York to spend money with the better dealers. The result has made a big impact on the originality, variety and character of the pieces and their relationship to both the home and overall design.

While the last round of residential interiors has delivered a huge diversity of aesthetics, colour and objects have also steadily increased. Publishing his own home has gone towards this, but so too has a growing understanding of decorative arts. For the most part, Halliday prefers clients to be fully engaged with decoration and making purchases because they genuinely like them.

“Decorative arts are tricky and you get something out of it when you see someone really make that leap and really love something,” he says.

With some of the most beautiful, sumptuous and layered interiors to his name, Halliday has always been and always will be a force to be reckoned with.

Halliday is a member of the judging panel for IDEA 2018.