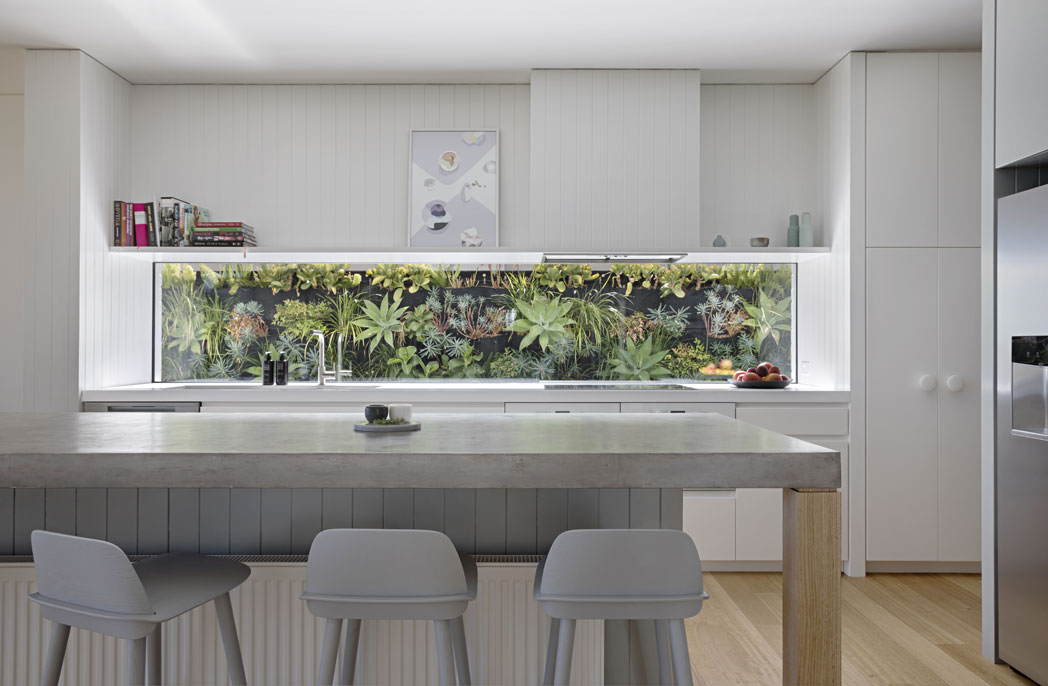 Newtown house delicately preserves an emotional connection to an existing house, while enhancing the building’s connection to its site.As the house originally belonged to one of the client’s parents, nostalgia and fondness for it were considered when bringing it up to modern standards. With a spectacular view over the Barwon River valley and Newtown parklands, we felt that the 1960s house needed to amplify its engagement with its surrounding landscape.

Retaining the mid-century essence of the house was at the crux of the design and we sought to pay homage to its charm and quirks with any new interventions. Formally a modest house with some interesting mid-century detailing – such as the windows, fireplace and inbuilt joinery – some of the spaces within the property were less desirable, such as the very small, dark and utilitarian rooms with small windows. We have retained and drawn inspiration from the best aspects of the old house while creating a new house that is generous, contemporary and comfortable. 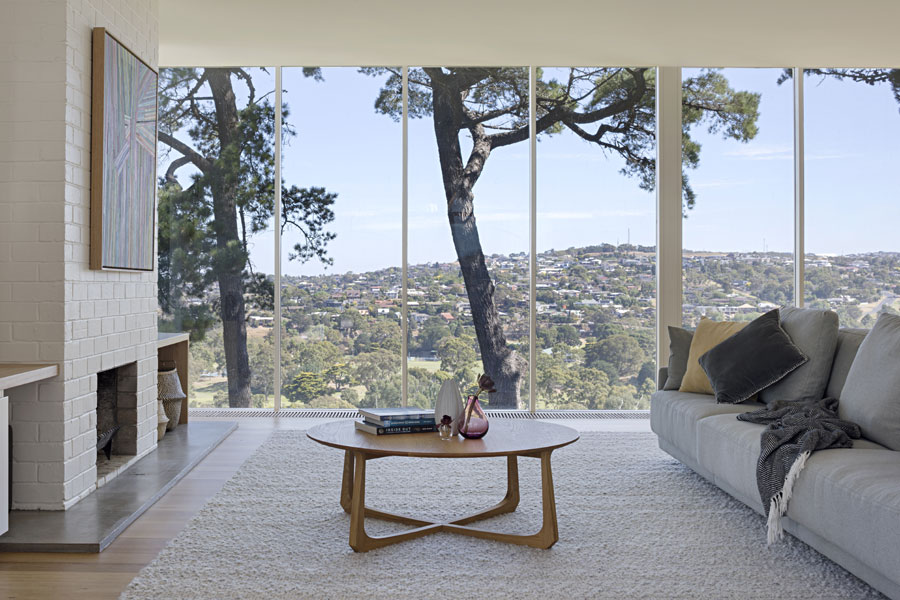 The brief was to keep the original bedrooms at the front of the house, as these were generously sized for a house of this time. The owners wanted to add a study, a hobby/guest room, a master suite with walk-in robe and ensuite and improve the existing family bathroom. The brief sought to enlarge the open plan kitchen while retaining a separate area for dining and to create a separate kid’s lounge, laundry and mudroom. The clients also wished to include some environmentally sustainable design (ESD) features such as rainwater collection and solar panels.

On the exterior we introduced a butterfly roof on the south side of the house, enhancing the mid-century appearance and allowing us to raise the ceiling up towards the view. We also extended the board and batten timber cladding, which was originally used only on the front façade above the windows. We then copied and applied it to the whole front end wall. In addition, we stripped the brickwork from the existing 80s sand render and refinished with white paint. The changes generally opened the house up to outdoor living spaces and framed the views to foster a symbiotic relationship with the surroundings.

On the interior, we used clean architectural shadow lines, timber paneling and painted brickwork. Inspired by the mid-century style, the taste of the client was aligned with a Scandinavian aesthetic. This results in a light, fresh and airy home that we think is fitting for the semi-urban setting. 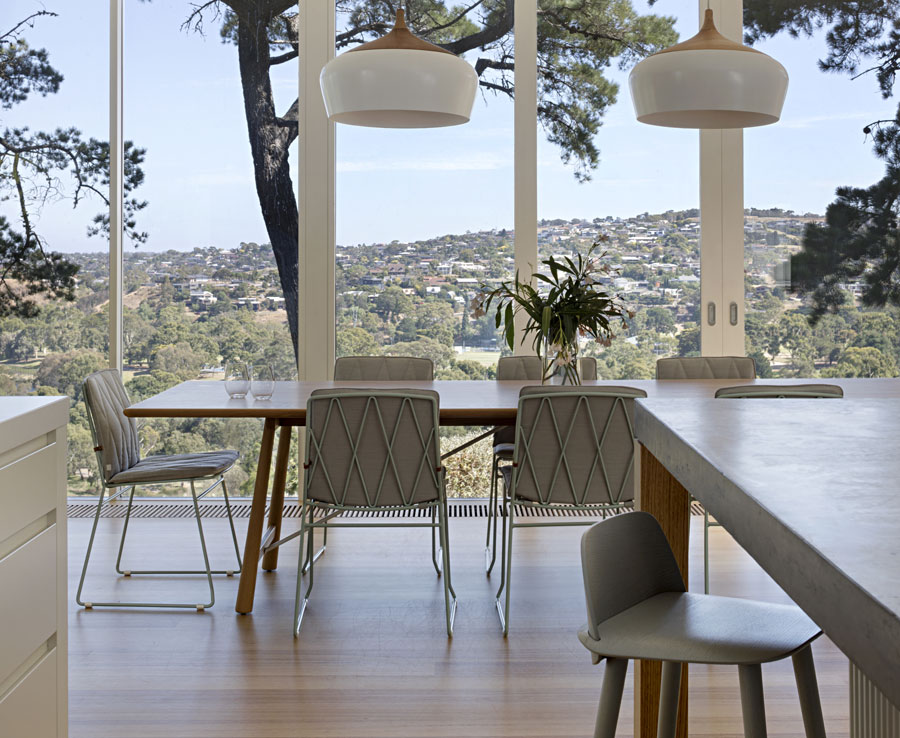 When approaching the junction of old and new we chose to express the difference between the mid-century house and the contemporary additions. One example of how we have delineated the old and the new was to create a bespoke bar unit that separates the two eras, taking cues from the original mid-century inbuilt joinery. Furthermore, we liked the existing large windows in the living areas and replaced the front windows with the same type, while at the new end of the house we created taller and bigger windows without cross mullions, which are a contemporary interpretation and modification of the original window type. 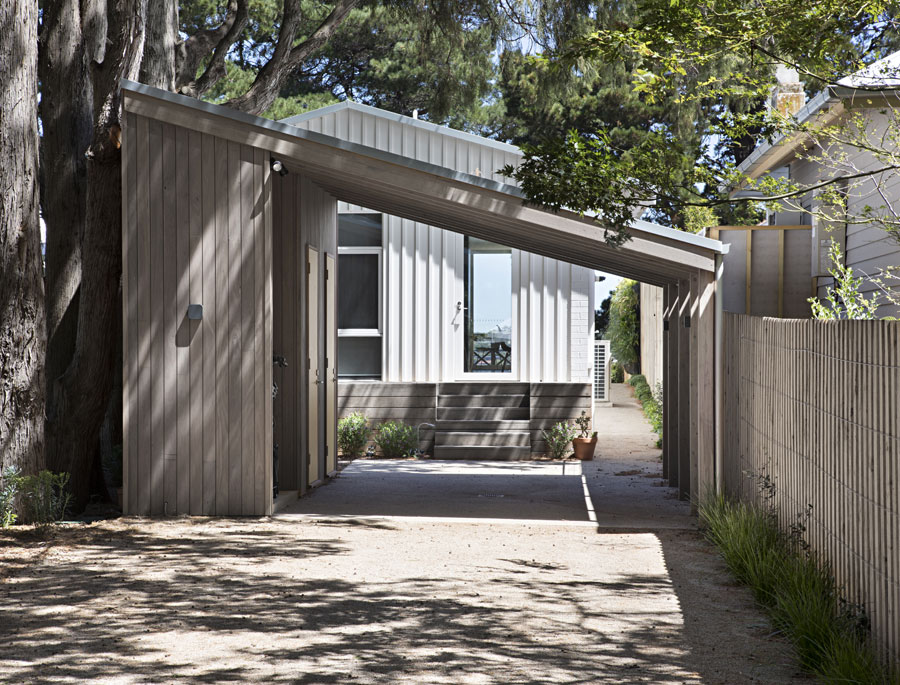 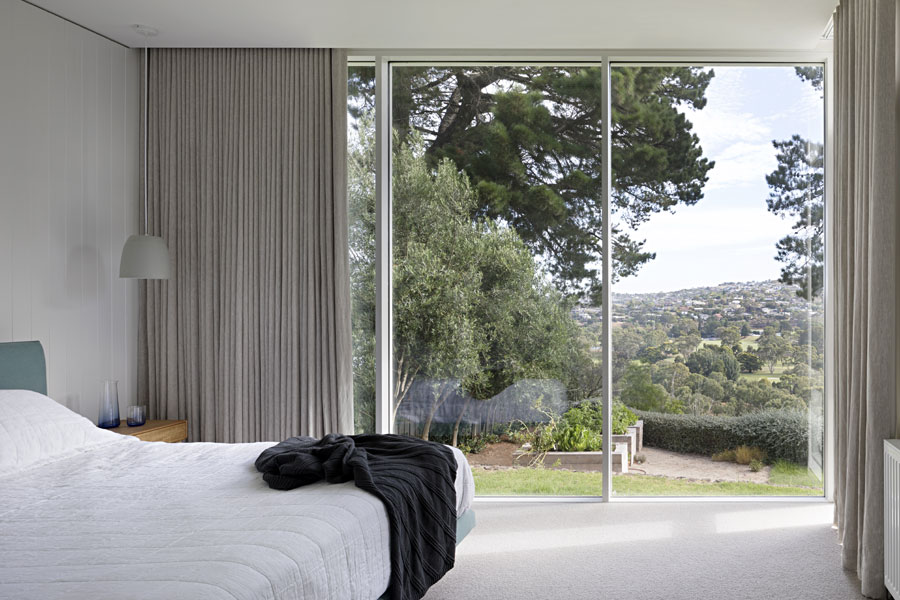 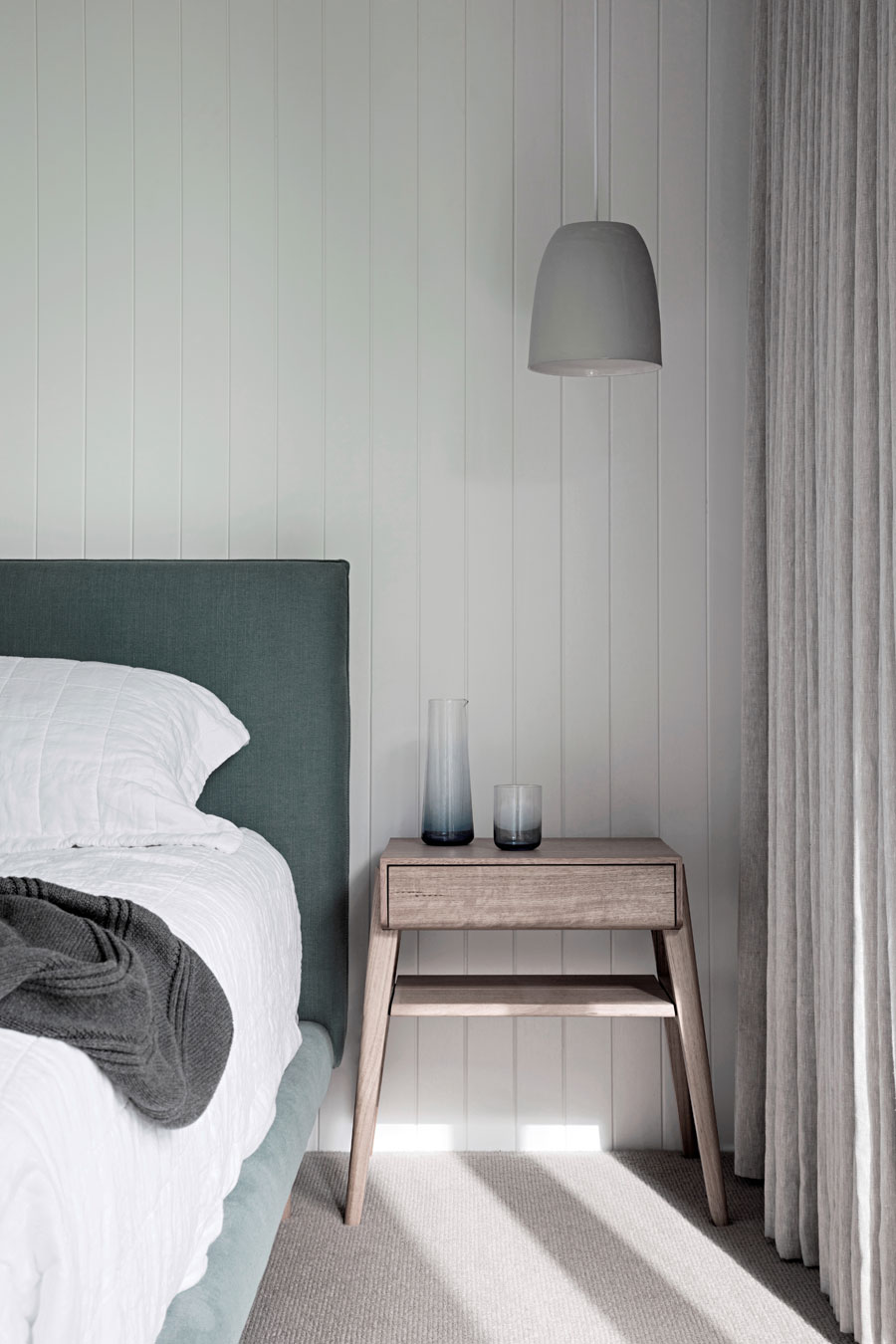 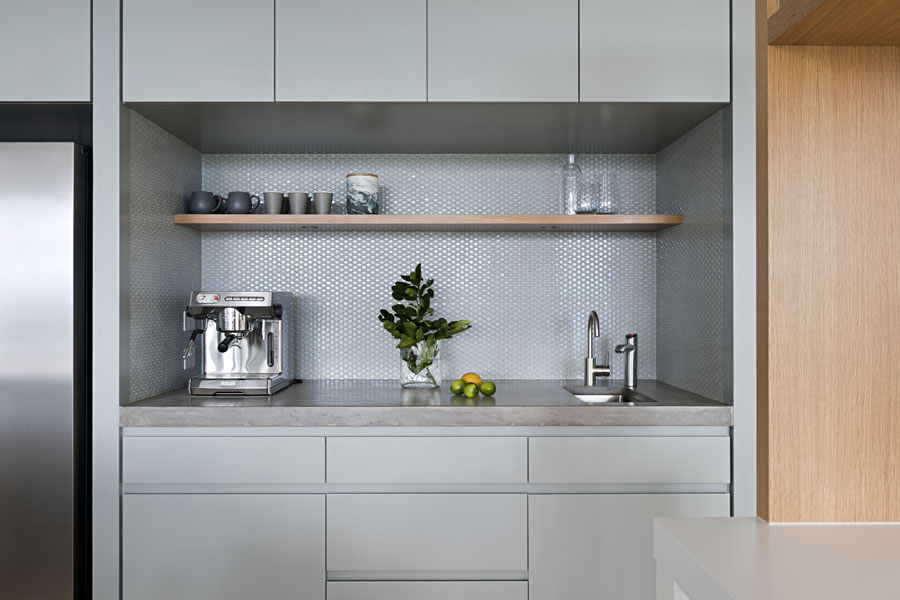 Take a tour of the Kingsville Remodel by Richard King Design.