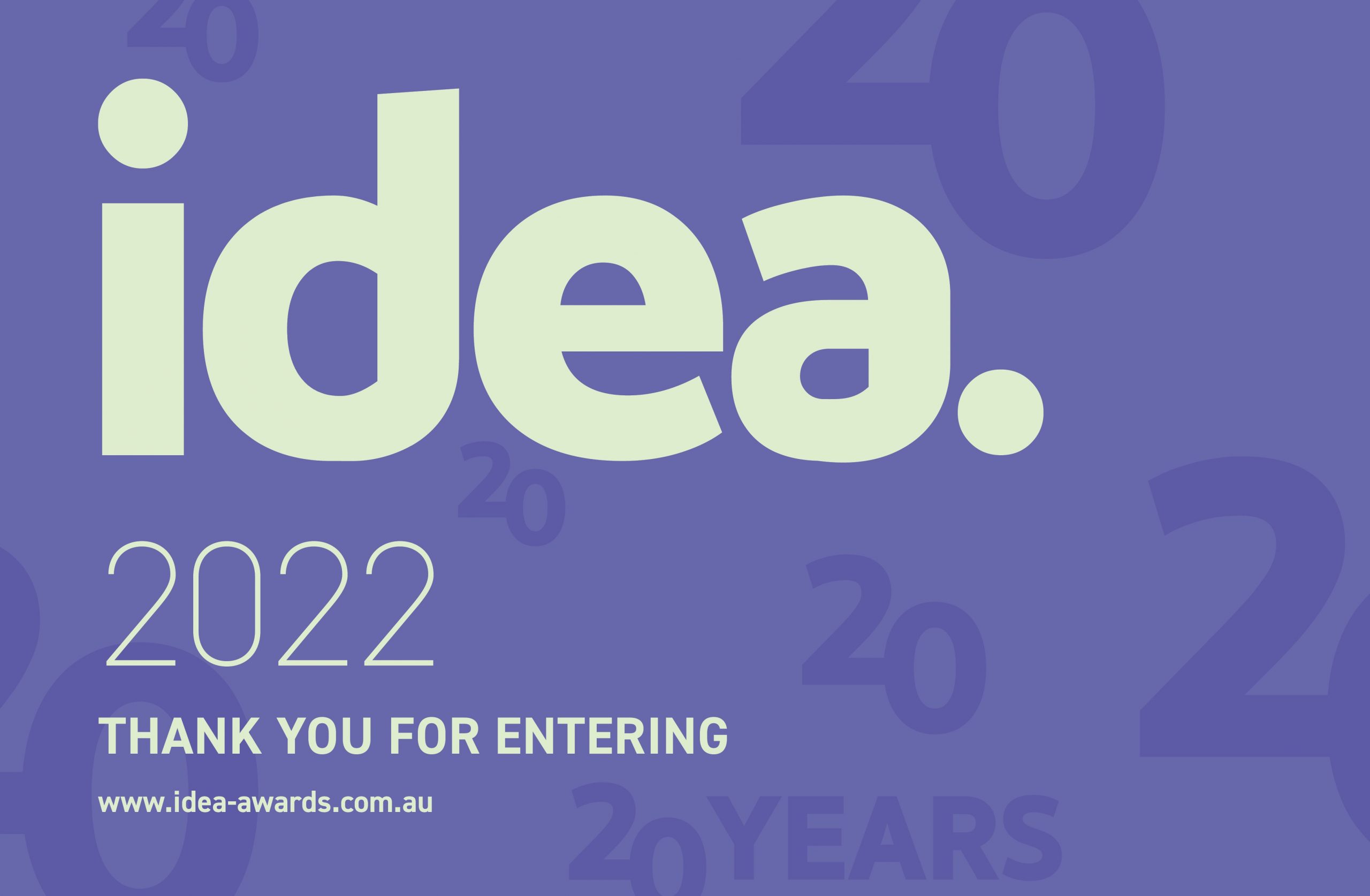 Thanks to everyone who entered IDEA 2022!

We know it’s been a difficult few months, but to all the practices and studios who entered IDEA 2022, we wanted to say thanks! Read on to find out the next steps for this year’s awards.

Shortlisting, which is the first stage of the judging process, has now begun.

All submitted entries will be reviewed by the ADR editorial team, which will select a shortlist of entries for each category.

The preliminary judging process will take place between July and August. During this stage, our star-studded panel of judges will score each shortlisted project using an online scoring system.

The final shortlist will be published in August in a special issue of inside magazine and on the IDEA website. We’ll also be in touch to let you know if you’ve been shortlisted.

During this time, the judges will select a shortlist of around seven practices for the Designer of the Year award. They will be asked to put together a short presentation that will be presented to the jury at the Shortlist Reveal party in Brisbane in August.

Emerging Designer of the Year nominees will also be selected during this time.

Our seven jury members will meet in Brisbane in August to discuss the shortlisted projects and select a winner for each category.

Winners will be announced at our annual gala party in Melbourne in November.

Subscribe to our newsletter to keep up to date with all IDEA 2022 related news!