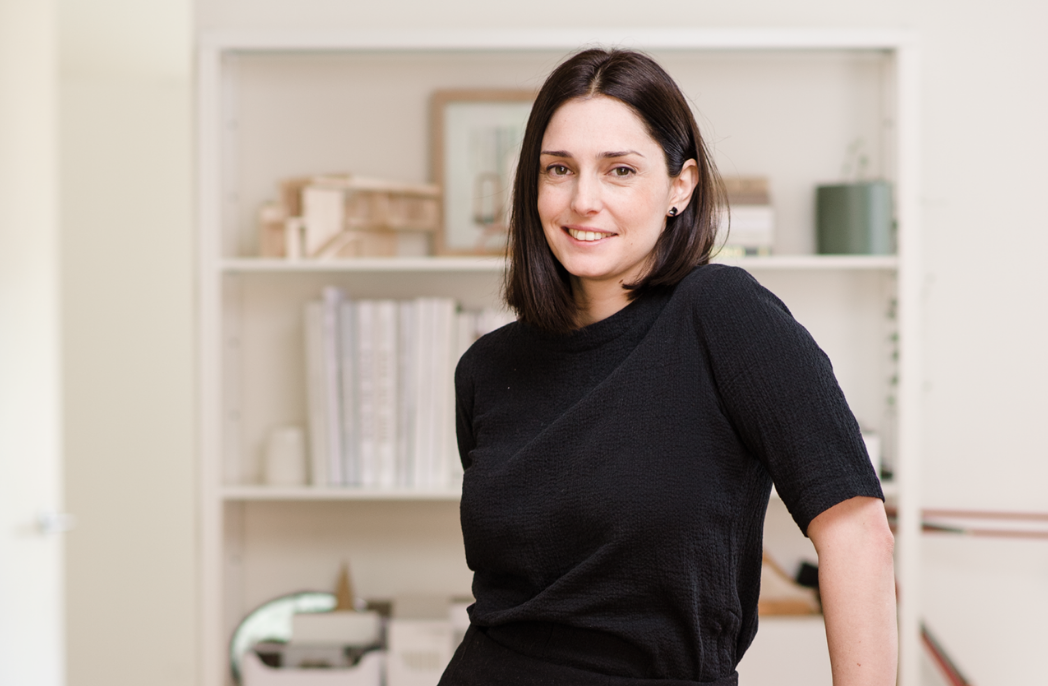 How Winter Architecture is shaking up the traditional business model

Winter Architecture’s intriguing business model makes it stand out as a likely way of the future.

Winter Architecture was established less than three years ago, but the architects involved all have solid experience working for larger firms before that, and the practice has already won or been shortlisted for a number of high-profile prizes, including significant recognition for its first project, Port Melbourne house.

The sole director at this point is Jean Graham, who works out of a cosy home/office space in the inner Melbourne suburb of Fitzroy. The rest of the team members are spread across the state. Hailing from regional Victoria, Graham studied at Deakin University where she completed a double honours degree in architecture and construction management in 2007.

She followed that with a year of travelling before returning home to work in Melbourne “moonlighting and working for bigger practices” while also beginning an ongoing relationship with academia, working as a sessional academic at both Deakin and Swinburne.

While working for other practices she found she was called on to spend a significant amount of time travelling, both interstate and internationally. But this gave her valuable skills, she believes.

“This was where a lot of online collaboration came into it,” she says. “Working in larger teams and collaborating with different consultants on a big scale meant that when I came into a small practice, I could incorporate that function into our practice.”

And this has become the model for Winter Architecture. The practice currently numbers around six, and many of the people that come through have also had experience with larger firms, says Graham, and they’re comfortable not sharing the same physical space as each other.

“It’s a very natural process for us to use the online system, work interstate, work online, collaborate via [Google] Hangouts. It wasn’t a hard thing to learn.”

Translating this into a whole new company wasn’t always the plan though. “I didn’t start out having any ideas of what I would do,” says Graham. “There’s this idea of the hero architect, grey-haired, on the front cover of a magazine, sitting in the Rodin position. I didn’t want to have that hero image. I always liked working in a team.”

Instead, the Winter model evolved naturally, almost accidentally, she explains. “It just sort of happened. I got one project, the Port Melbourne house [and then] one more project after the other started rolling in.

“That client has been referring me to other clients… so it’s a long journey, but my clients grow with me and help me get other work.”

It still took a while before she made the leap to starting Winter Architecture, she says. Fear held her back. “

I just didn’t think I could do it. And that fear of not being able to do it was just overwhelming. But essentially when I realised I didn’t have to do it alone, I could build a team and we could do the work as a team, just like in the bigger firms, it made everything a lot easier.”

Along the way she handpicked that team, comprising like-minded architects she’d either worked with previously at other practices, or studied with or even taught – long established relationships that “come in and out depending on the projects and their availability”.

“It works really well,” she says.

This organic flexibility is key to the practice’s structure. Currently the six members of staff are evenly split between full-time and part-time. One is in Torquay and looking after projects based on Victoria’s Bellarine Peninsula and others are working from the Fitzroy office, from home or in other studios with which Winter collaborates or shares spaces.

The flexible hours structure is dependent on their individual circumstances and the particular projects on which they are working.

“We tend to collaborate with other firms and other interior designers as well. The idea is it’s a fluid process; it can expand and contract and go with the flow essentially. We’re not fixed, it’s project specific.”

The fluidity also applies to staff tenure. “People will get bored and want to do different things, and that’s completely fine,” says Graham. “I think the old way of thinking is you stay in a company for 30 years and then that’s the end of it. I’m on the cusp of that generation that feels loyalty is so important, but this model means that people can feel free to come and go and potentially come back as things change and as the projects desire it.”

The team tries to keep the travelling to a minimum (interstate is “once or twice a month,” says Graham) but comes together in the early stages of a project to brainstorm. 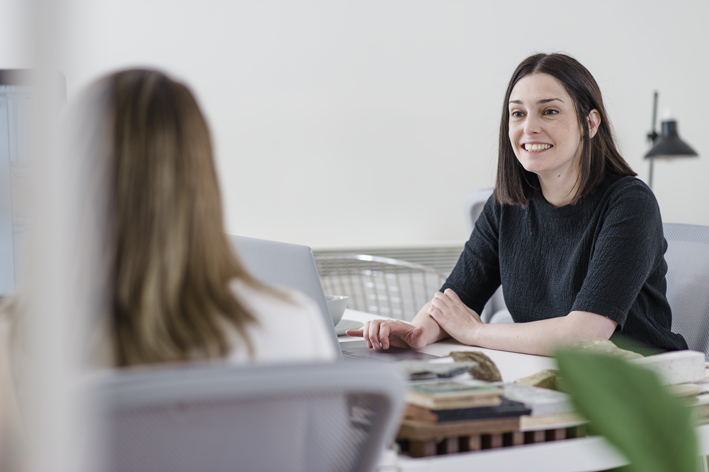 “We spend a good few days together to come up with ideas and watercolours and sketches and models, and then after that a lot of the work is research or drawing,” says Graham, “so it can be done either at home or in the office.”

A remote working structure that sees staff spread out geographically is not without its challenges, however, not the least of which is a feeling of isolation. “We’re learning how to manage that,” says Graham.

“One way we alleviate that issue is by having shared office spaces, so people from other offices working from our space and, vice versa, interstate. And shared spaces…” She refers to one colleague who works from both home and from a shared space in Sydney that he can use, giving him the choice depending on whether or not he feels the need for company.

Keeping the team motivated and cohesive also requires consideration, though Graham emphasises that this is challenging for all firms, large and small. She addresses it by ensuring that each member of staff is treated as an individual.

“Often we try and see what people want to work on and how they want to work… we bring them to the site and they get to meet the clients. They’re involved. A lot of the larger firms lack that connection and can be a bit disjointed.”

Although she’s currently the sole director of the practice, Graham says the intention is to expand this so that it’s a shared company. “The idea is that there will be many directors and then potentially associates and so on. It can grow and evolve over time. We’re currently national and interstate, but ideally we could get some work overseas too.”

Even with the current size of the practice most of the design-related work is done in-house. “We don’t do many renderings of our projects,” says Graham. “We tend to focus on our three-dimensional modelling and our hand models and our sketches to deliver the concepts and ideas. And we do all our own documentation. But we share with other designers; we collaborate within the package together.”

That takes care of the creative side of the business, but of course, there’s also the actual business side. At the moment, the lion’s share of the administration and the day-to-day running of the business is down to her as sole director. How does that work?

Graham says her current ratio of admin tasks to design works out to about one day a week, but the practice outsources some of the roles.

“We have different people who work with us to help us with the business – bookkeepers, HR, that sort of thing – which lessens the impact of those types of management roles on us.”

But it still can be tricky to hold on to the creative impulse. “Essentially design is a small part when you really look at it. A lot is management and coordination and within that is underlining ideas, and the design has to keep going throughout all of them. Otherwise you lose the concept or the ideas by the end of the project.”

And what about in the beginning? With no business background or specific training how did she go from moonlighting academic/architect for hire to director of a fully-fledged company? Graham reached out to her networks. “I have quite a lot of mentors in the industry,” she reveals, naming Six Degrees’ Peter Malatt as just one of the people who helped her along the way.

“It depends on the stage that you’re at and you need to know who to ask for the right answers,” she says. “There are a lot of different resources available, like ArchiTeam, which is fantastic for young practices. We’re a member and we go to a lot of their events. There are many like-minded individuals at those events as well.”

It’s still relatively early days for Winter Architecture and its brave new model of working, but Graham is only looking ahead and advises anyone considering following her lead to be courageous.

“The fear is big, particularly financially,” she admits. “It’s a big risk, but if you can buffer that with working with other firms or teaching or just being comfortable and sitting with it and knowing that this is