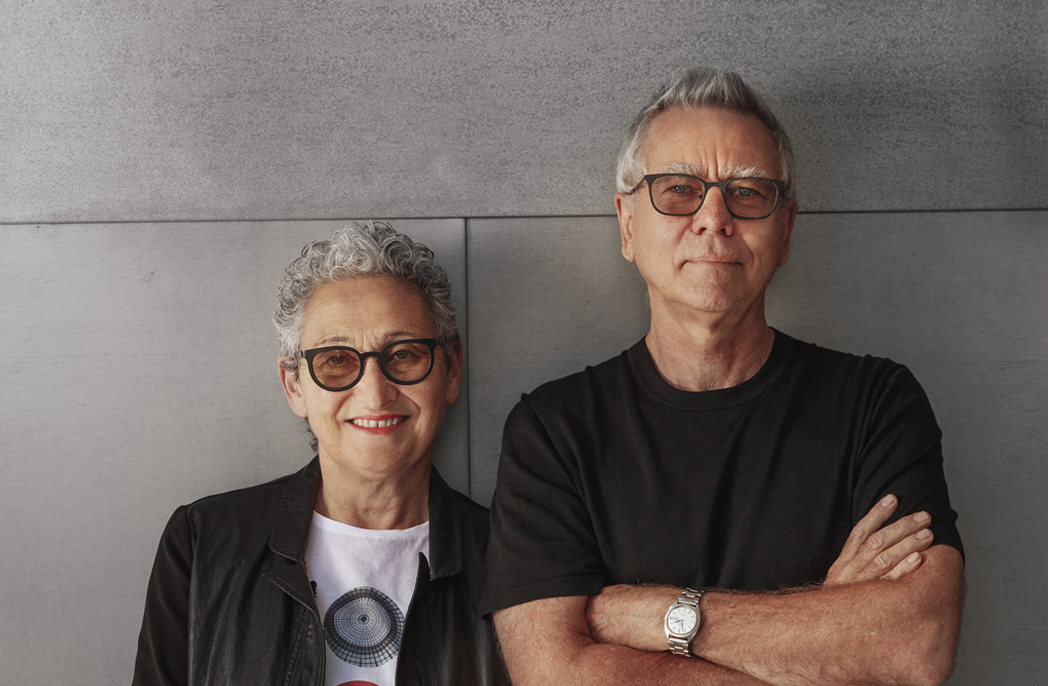 Australian expatriates Hank Koning and Julie Eizenberg – who have led a movement of architect-designed social housing and community-focused projects in the United States – have been honoured by the Australian Institute of Architects.

Announced today at the Australian Institute of Architects’ National Conference, the directors of Los Angeles-based Koning Eizenberg were lauded for their service to the profession through social outcomes combined with design excellence.

Their community-first design ethos has resulted in landmark buildings including the Simone Hotel and 28th St Apartments that offer supportive housing in Los Angeles and community buildings like the Children’s Museum of Pittsburgh in Pennsylvania, and Pico Branch Library in Santa Monica.

The recently completed Geffen Academy at UCLA offers a new secondary school paradigm and the upcoming Student Pavilion at the University of Melbourne will be the firm’s first project in Australia.

The jury described their work as having ‘an egalitarian generosity of light, scale and air, all imbued with Australian congeniality and wit’.

“Their efforts have transformed the lives of those they have touched – by providing meaningful and respectful homes, they have also brought these communities into the spotlight so that other firms may now consider designing for them a worthwhile pursuit,” the citation said.

Institute immediate past national president Clare Cousins says: “Throughout their careers and long before it was mainstream, Hank and Julie worked relentlessly to improve social and community outcomes through effective design,”

“Working mainly in areas of need, Hank and Julie created appropriate and respectful homes for people who were not widely considered in the design world.

“They took on complex and difficult challenges and now have a legacy of meaningful projects that have transformed individuals’ lives and the communities around them,” she says.

On their graduation in 1981 they established Koning Eizenberg in Santa Monica and started undertaking projects that challenged the notion of what social housing and educational buildings could be.

Together they built a practice that supports the design of sustainable neighbourhoods through the creation of schools, housing, and civic buildings.

Their work is underpinned by their belief in social interaction and its benefit on daily life.

The pair has also advocated for improved planning and engagement processes throughout their careers, and educated the profession and other urban policy professionals through ongoing learning. Their practice was also a trailblazer for sustainability.