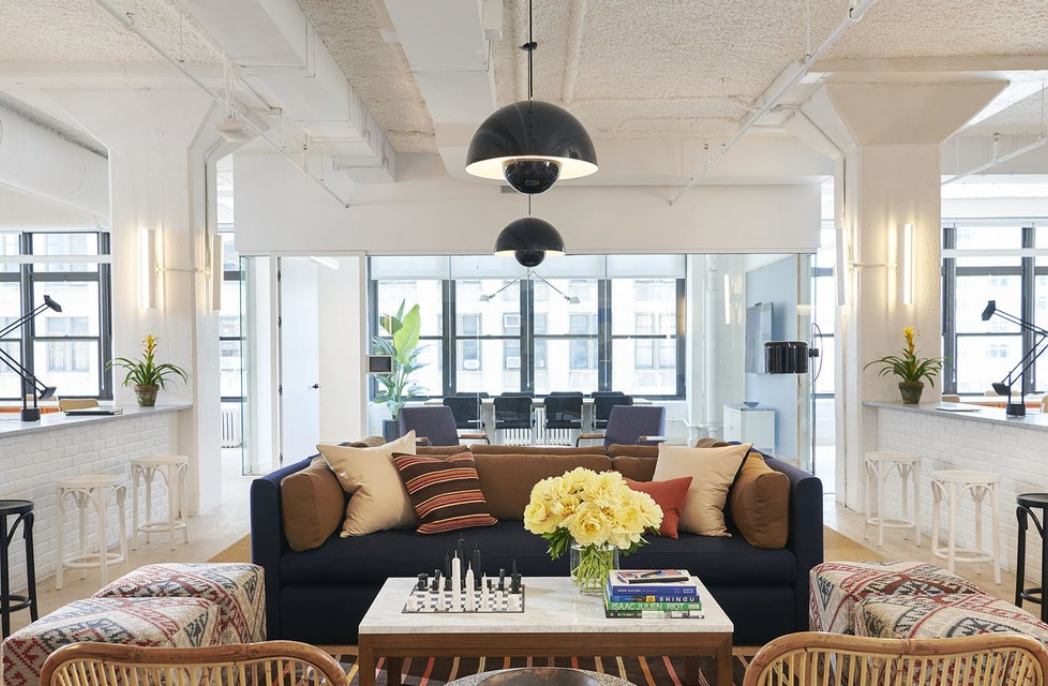 WeWork is expanding its external interior design offering and has created a new space for US-based health insurance start-up Oscar.

Although famous for its co-working spaces, WeWork has been steadily growing its offering in recent years and is now starting to take its design capabilities into companies outside of its own premises.

Oscar is one of the first such businesses to commission WeWork’s team of designers, architects and workplace experts to design a space for its 500-plus New York-based employees.

The space reflects the WeWork aesthetic with an abundance of light wood, mini-lounges, a central library, greenery and beer and coffee taps. A space for yoga and other health classes is currently under construction. There’s also a large nook fitted out with a daybed.

It’s not the first project for WeWork’s interior design arm; the company recently redesigned Arianna Huffington’s wellness business Thrive Global, as well as the Wealth Management USA Headquarters for banking giant UBS. It is also about to start work on Rent the Runway’s new Brooklyn headquarters.

WeWork designs its offices using real-time data and spatial analytics from its 280 global locations, allowing it to get a better idea of how each of its spaces are utilised. Around one-third of America’s 500 largest companies use WeWork spaces in some way, meaning the firm has a lot of insight into how big companies operate.

WeWork says that part of its draw as a design firm is that companies can test out any of its co-working spaces before deciding on a design. “We can let them sit in a space for a week or a month and test drive it,” says Liz Burow, the company’s director of workplace strategy.

“You can really kick the tires with us. An architecture firm can’t do that.”