Home • Architecture • “We’re here to live, not to defy death. Our architecture should do the same” – Koichi Takada 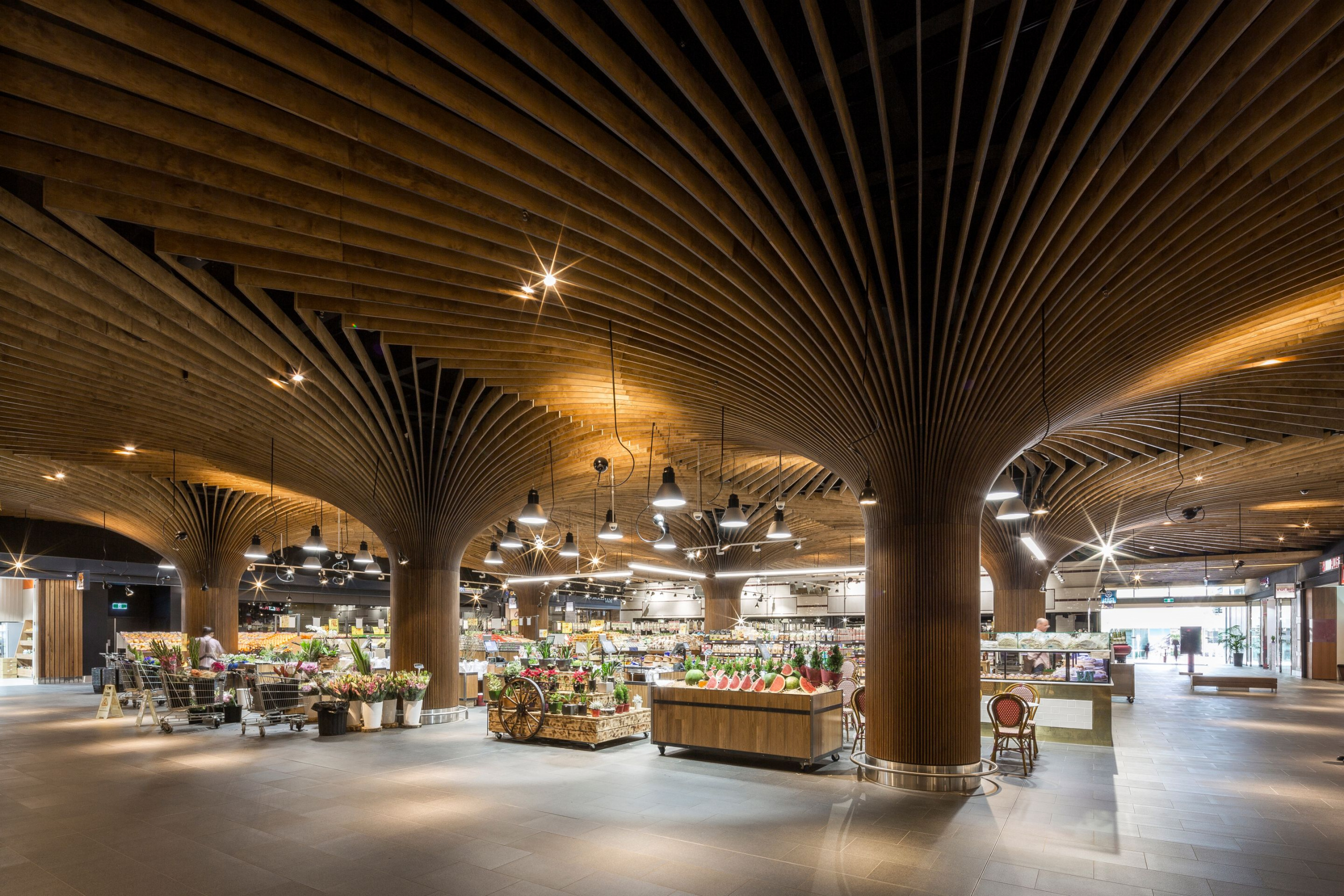 Architects and designers need to seize the moment post-COVID-19 to wind back the clock and “protect architecture as a sanctuary for human beings” says architect Koichi Takada.

“We try to sit on a bench and it says, ‘Please do not sit.’ Or, ‘Make sure you keep a 1.5-metre distance’. The rule completely destroys the idea that open spaces are the most idealistic way to connect architecture or any building to the public domain. I call it the death of architecture.”

Koichi Takada doesn’t have a flair for the dramatic, so he isn’t ringing the death knell for the industry lightly.

The Japan-born, Sydney-based architect has made a name for himself as someone who embraces the return to nature in an urban form.

He’s behind the plant-filled, green exterior that emulates a stacked forest in Crown Group’s upcoming Waterloo development, teaming up with Kengo Kuma on the project.

He also designed the exquisitely curvaceous timber interiors of the National Museum of Qatar.

But that was before COVID-19. Now we’re being encouraged to stay indoors and the concept of big public spaces filled with friends, neighbours and strangers is slightly terrifying.

Still, Takada is adamant architects and designers need to seize the moment to wind back the clock and “protect architecture as a sanctuary for human beings”.

“Although I believe in the power of architecture, I don’t like the direction it’s headed – the move towards creating big urban cities that aren’t designed with people at the forefront.”

While the coronavirus pandemic has made us wary of public spaces and the great outdoors in general, it’s also shone a light on overcrowding in cities globally.

Between 2006 and 2016, Melbourne has added close to one million people. Sydney added 800,000 and Brisbane and Perth both grew by almost half a million.

“People are being crammed into narrower and narrower spaces and you’re getting constantly closer to the urban sprawl,” says Takada.

“In some way this idea has monopolised the architectural desire that then transformed into the form. Everywhere you go, you feel this force of desire or the economic commercialisation ideal that we need to privatise the whole world. Now with this COVID situation, I think it’s a great opportunity to pause and rethink and not just adapt, but shift the paradigm from industrial to natural.”

When Takada speaks of the death of architecture and traditional architects, he’s referencing both the emphasis of quantity over quality in our cities – poorly designed buildings that seek to squeeze in the maximum number of occupants above all else – and the reluctance of architects to incorporate the natural world in their designs.

He says it’s an expression he picked up in his youth, studying under the Dutch architect Rem Koolhaas.

“He was promoting the idea of landscape for the 21st century. I remember him talking about the [unrealised] Jussieu Library in Paris, which I thought was one of the most amazing pieces of modern architecture, transforming the landscape form into the vertical form and the continuation of street. In other words [it was] the continuation of public domain in a vertical form into the private sector,” says Takada.

“In some way Koolhaas was ahead of us all.”

Takada has been “naturalising cities” since he founded his eponymous practice 12 years ago – designing “pedestrian-friendly, people-friendly, climate-friendly” projects that connect private buildings with public spaces.

It’s something at which Australia used to excel, he says.

“I lived in New York, London, Tokyo… so many different cities, and I could not bear them. Now I’m settled here in Sydney because I see that the fine balance between the city and nature is working. Or at least it used to work.

But what does that actually look like? Takada has been working on a project in Brisbane that goes beyond your simple rooftop garden.

Water will start off on the rooftop pool deck and slowly cascade down the tower via glass panels, visually dividing the tower into two parts.

As the waterfall reaches the podium of the tower, the water will dissipate with a misting effect created on the podium’s green walls and ground level planting.

For further inspiration, Takada cites Stefano Boeri and the Bosco Verticale in Milan, the PARKROYAL in Singapore and his own days in New York.

He hated every minute of his high-rise existence, but says, despite its artificiality, Central Park was an inspiration.

“We should be creating more natural settings like Central Park, but in a vertical form,” he says. “A living world in a vertical form that makes you feel happy and hopefully richer, but not just in an economic sense.”

It’s not all about the exteriors, the buffer spaces and buildings connected to the street below, Takada also wants architects and designers to take a break from industrial materials.

“When I started my practice, I was one of a few that really tried to promote natural materiality. The client would say, ‘Can you actually use timber in the interiors in terms of maintenance and soundproofing? Will people accept it?’ People are obsessed with eternity in architecture. Using materials that last forever over natural materials, living things.

“One takeaway from this COVID situation is the realisation that we are all living things. We are here to live, not to defy death in some way. Our architecture should do the same.”

Koichi Takada founded his eponymous Sydney practice in 2008 with the aim of ‘naturalising’ architecture in the urban environment and believes in greening our cities.