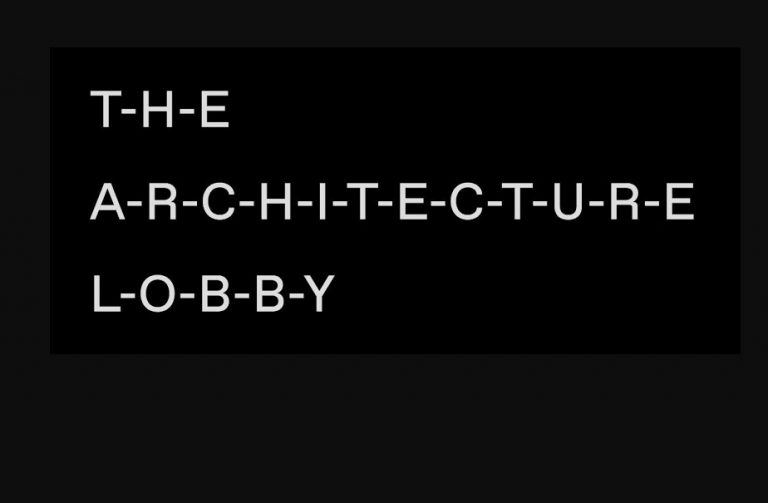 The Victoria Chapter of the Architecture Lobby has published its second Graduate Student Kit as a guide for students transitioning into the industry.

The lobby was founded in New York City in 2013 by American architect and academic Peggy Deamer. The not-for-profit organisation advocates for labor reform in the architecture industry so that it may become a more powerful social force.

The lobby currently has 17 chapters, with the Victoria Chapter, established in 2019, the first outside the United States.

The lobby’s pledge is three-fold, to: (1) refuse unpaid internships, (2) negotiate employment contracts, and (3) be ready to walk away.

“As long as architecture tolerates abusive practices in the office and the construction site, it cannot insist on its role in and for the public good,” reads the lobby’s Manifesto.

The Graduate Student Kit, released in November 2020 by the Victoria Chapter, is an effort to achieve greater transparency on the architecture workplace for people looking to transition into the industry from study.

The booklet covers both the general and specific questions of this transition, from an overview of workplace culture to a breakdown of the graduate award rates and the registration process.

The booklet was written by four of the lobby’s graduate members: Bella Singal, Isabelle Peppard, Olivia Potter and Jesse Oehm.

“As Graduates of Architecture, we have gone through a variety of different experiences during our education as well as entering the workplace”, the members tell ADR.

“What we have in common is having known people or having ourselves been- overworked with unpaid overtime and under remunerated. Often, due to the limited resources provided, there is a lack of confidence in accordance with how to address such issues, and how to navigate the workplace.”

The Kit consolidates the peer-to-peer knowledge and conversations that have always taken place between architecture students in the absence of institutional advice.

“We found that we learned to make sense of our workplaces through our discussions with one another, and this includes peer reviews of our portfolios and CVs,” explain the kit’s writers.

“It is unfortunate that such critical knowledge about the architectural workplace is not available to students by their institutions. We hope that this kit bridges the gaps of knowledge that anyone might have, no matter how familiar or unfamiliar they are with the workplace.”

The COVID-19 pandemic prompted radical change to the architecture workplace. Remote work became the standard after previous industry stubbornness, bringing with it the isolation of operating without the physical community offered by the office.

The Graduate Student Kit addresses these changes by ensuring that workers know the rights that exist outside the architecture studio as well as the opportunities for connection still available to them.

“Situations such as the pandemic exacerbates overtime and alienation, amongst many other issues,” say the writers.

“Besides explaining the path to registration or what to expect in the workplace, it encourages people to keep an accurate timesheet and to reach out to as many people as possible to extend and share their knowledge.”

The architect as solo creative genius must be “demystified”, says the Architecture Lobby