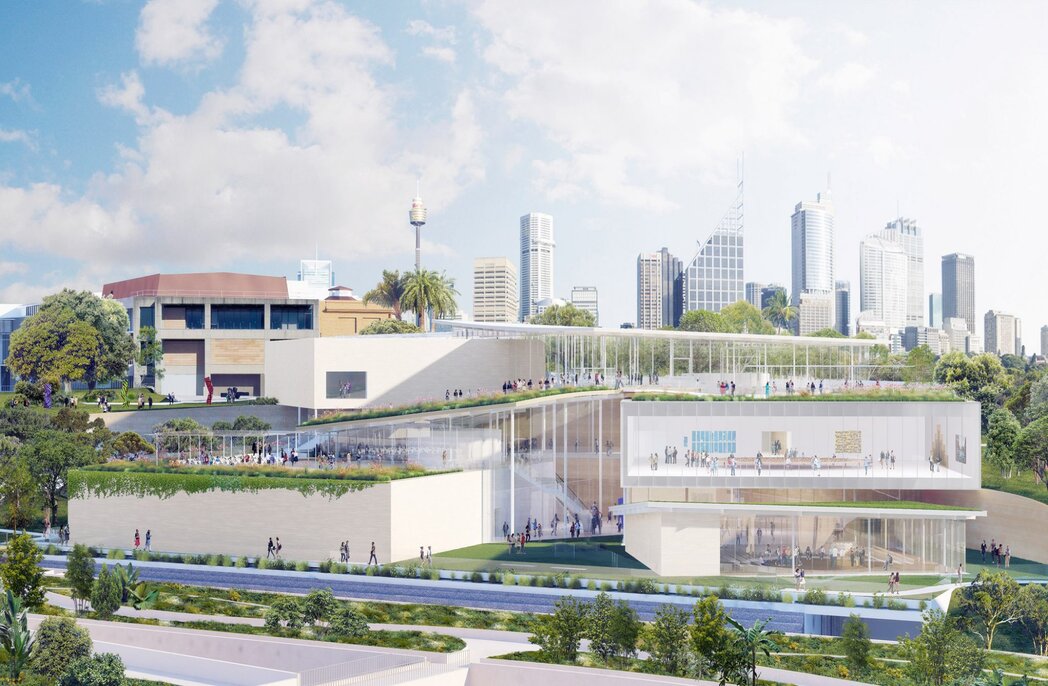 Japanese architecture firm SANAA has unveiled its design for the new standalone extension of the Art Gallery of NSW overlooking Sydney Harbour.

The Art Gallery of NSW has been working with SANAA to develop their design for the Sydney Modern building since an international competition jury unanimously selected the team as preferred architects in 2015.

This month, they released their final designs for the extension, revealing a series of interlocking rectangular pavilions that step down the hill towards Woolloomooloo Bay.

The pavilions will contain 7,0000 square metres of gallery space and include two galleries each over 1,000-square-metres with 5.5-metre-high ceilings. The two galleries will be separated by a square that will function as a public art garden.

The interlocked pavilions will be connected by a large, multi-level atrium that will have views towards Sydney Harbour through glass walls.

The building will also contain a range of smaller galleries, learning studios for children and school groups, a dedicated studio for creating multimedia works and a rooftop art terrace.

The extension structure will be built on top of a world war two oil tank, where an underground art gallery space will also be inserted. The 2,200-square-metre space will host large-scale gallery commissions and site-specific performances.

Sydney Modern has been designed by SANAA to contrast with the gallery’s existing 19th-century neo-classical buildings. These buildings are currently being restored to their original architectural condition by Australian architects Tonkin Zulaikha Greer (TZG).

“We have come to know the project site very well. We continue to learn more and more about its history, especially about the traditional owners of the land and the site’s importance today for them, and for all visitors,” says SANAA’s design team.

“Our intention is that the site will be of greater benefit to the people of Sydney and Australia, and visitors from around the world than it is currently.”

Sydney Modern will be SANAA’s first project in Australia. It is scheduled for completion by late 2022.