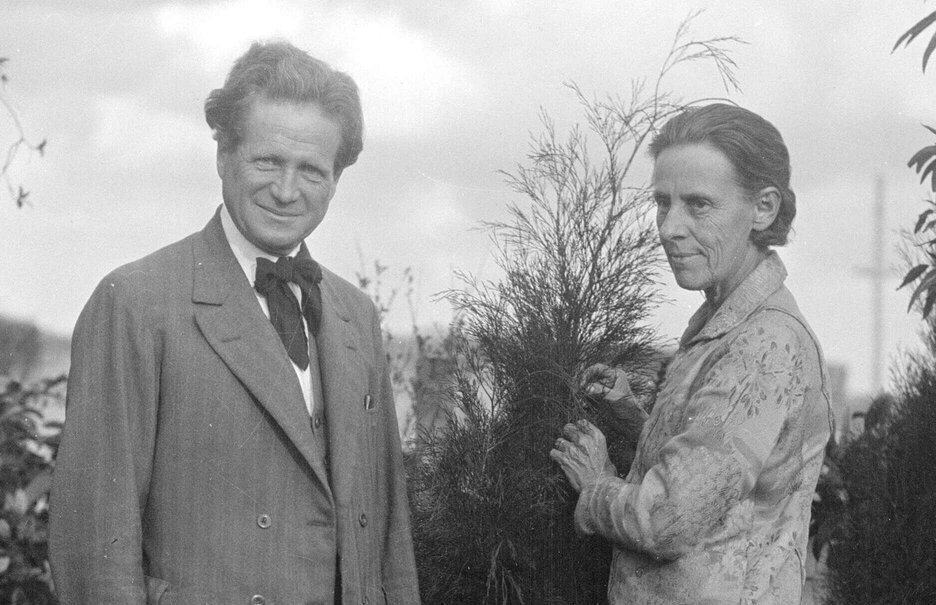 Opened on the 7 November at the Museum of Sydney, Paradise on Earth reimagines the extraordinary architecture career of Marion Mahony Griffin and her deep connection to the natural environment.

Born in Chicago in 1871, Marion Mahony Griffin was the second female architect to graduate from the Massachusetts Institute of Technology as a landscape architect and artist. While working with Frank Lloyd Wright, Marion met Walter Burley Griffin, who she married in 1911. The couple came to Australia in 1914, having won the Australia Federal Capital Competition, to design Canberra.

Over a five decade career, Marion Mahoney Griffin and her husband worked according to their strong design and philosophical principles – connecting social, architectural and environmental ideals.

A significant period in her career took place in Sydney in the 1920s and 30s, when she and her husband established their ‘model residential suburb’ Castlecrag, on Sydney’s Middle Harbour. Their vision for Castlecrag was a suburb of houses, reserves, walkways and contoured roads that were ‘aesthetically in keeping with the surroundings … and subordinate to the natural beauty of the land’.

Like many female architects and innovators of her era, Mahony Griffin’s role was, for much of the 20th century, relegated to the shadows.

Paradise on Earth celebrates and creatively engages with the many dimensions that make up Marion Mahony Griffin’s story. Visitors to the exhibition will learn of Marion’s architectural beginnings and aesthetic sensibility, her collaborative work with her husband and their signature ideal for a ‘utopian way of residential living’ realised in the Sydney suburb of Castlecrag.

Throughout all levels of the museum, Paradise on Earth reflects on Mahony Griffin’s work through her drawings and writings, stunning objects, photos and films. An immersive installation, Enchanted Valley, presents a dynamic digital reimagining of the Haven Scenic Theatre – capturing the colours, textures and changing moods of the Australian bushland as Marion would have experienced and imagined it.

“There’s something truly magical about this exhibition,” says Adam Lindsay, executive director, Sydney Living Museums and NSW State Archives. “All displays throughout the museum combine to create a sensory, imaginative and interactive experience for visitors – enchanting, evocative and playful.”

Today, 100 years after the establishment of Castlecrag, and nearly 150 years since Marion Mahony Griffin’s birth, Paradise on Earth explores Marion’s extraordinary vision and her ongoing inspiration to artists, architects, historians and urban planners.

Paradise on Earth will be on show at the Museum of Sydney from 7 November 2020 until 18 April 2021. Plan your visit here.