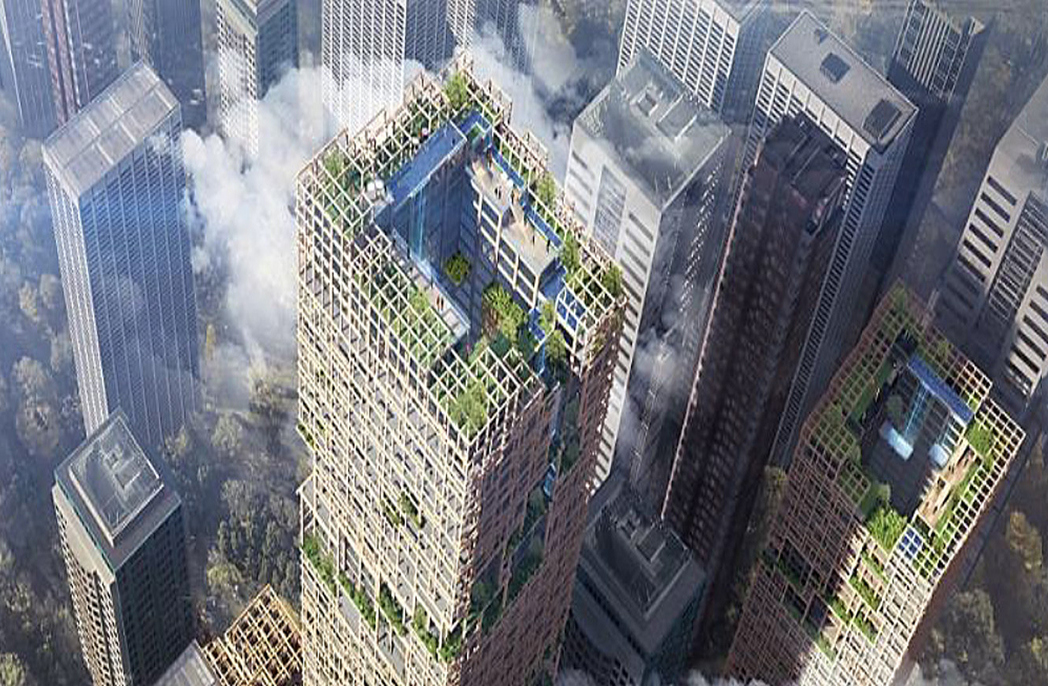 The planned structure, which is being proposed to mark the company’s 350th anniversary in 2041, would be almost four times higher than the world’s current tallest timber building – the 18-storey Brock Commons Student Residence in Canada’s Vancouver.

Sumitomo’s Tsukuba Research Institute, in collaboration with Tokyo practice Nikken Sekkei, has drawn up the concept plan for the building: a hybrid wood and steel structure made from 90 percent wooden materials. 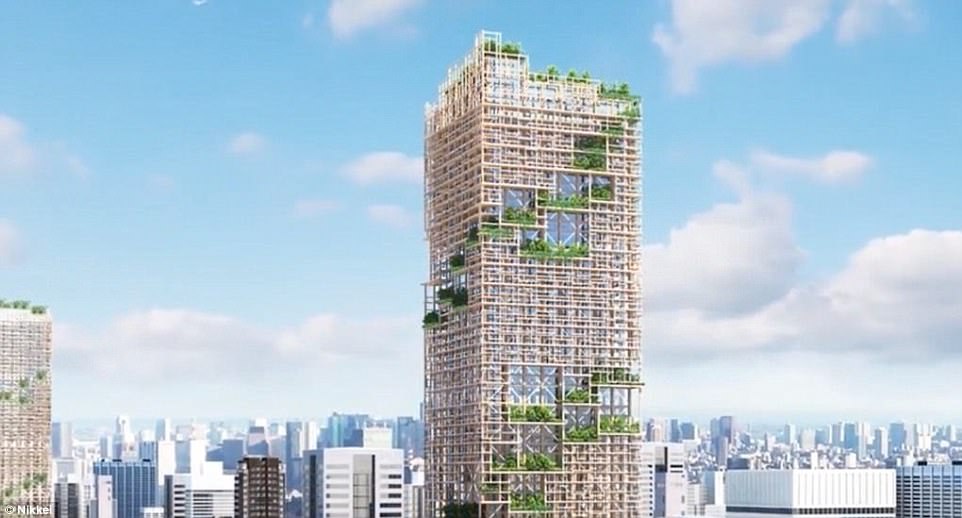 Comprising 70 floors the tower will require more than 6.5 million cubic feet of wood. It will use a ‘braced tube structure’ made from a combination of wood and steel, designed to withstand high winds and earthquakes.

The multi-use building will feature shops, offices, hotels and residences, with large balconies that wrap around all four sides. It is hoped that the skyscraper will set a precedent for wooden buildings in Japan, with the aim of “changing towns in to forests”. 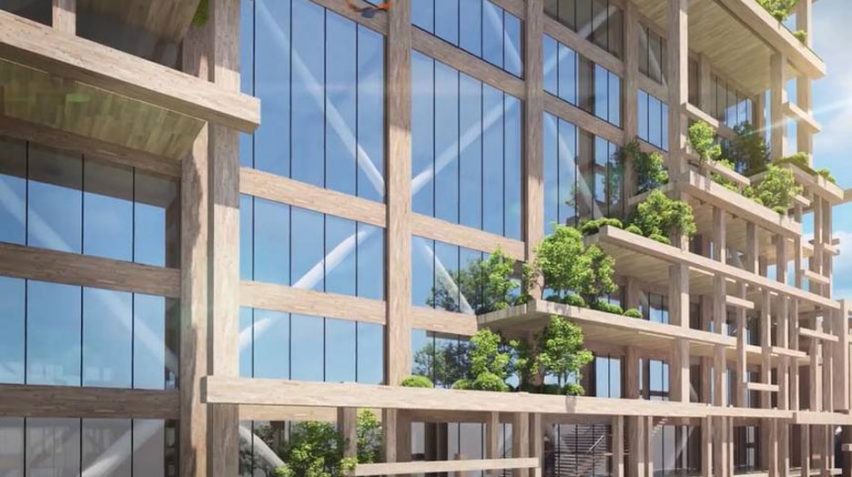 “Such buildings create a comfortable environment for both plants and living organisms, providing a pleasant space for the people living there and in the surrounding city,” said Sumitomo in a statement.

“These structures are like a forest, a habitat for living things. The number of wooden buildings in urban areas is increasing. Under this concept, greenery on the earth will contribute to buildings and cities, changing cities in to forests. Buildings that are full of greenery will form a network that is linked to the biosphere of living creatures such as wild birds and insects, contributing to the biodiversity of cities.” 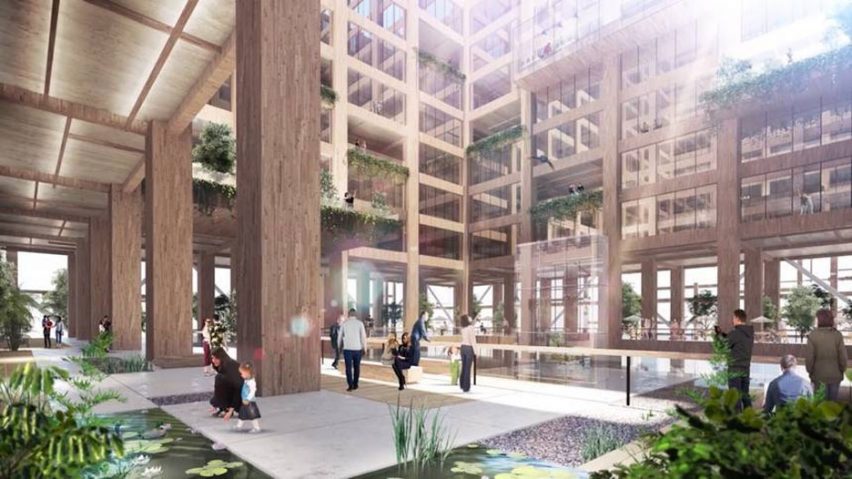 Sumitomo estimates that the cost of the building will be Y600 billion ($7.4 billion).