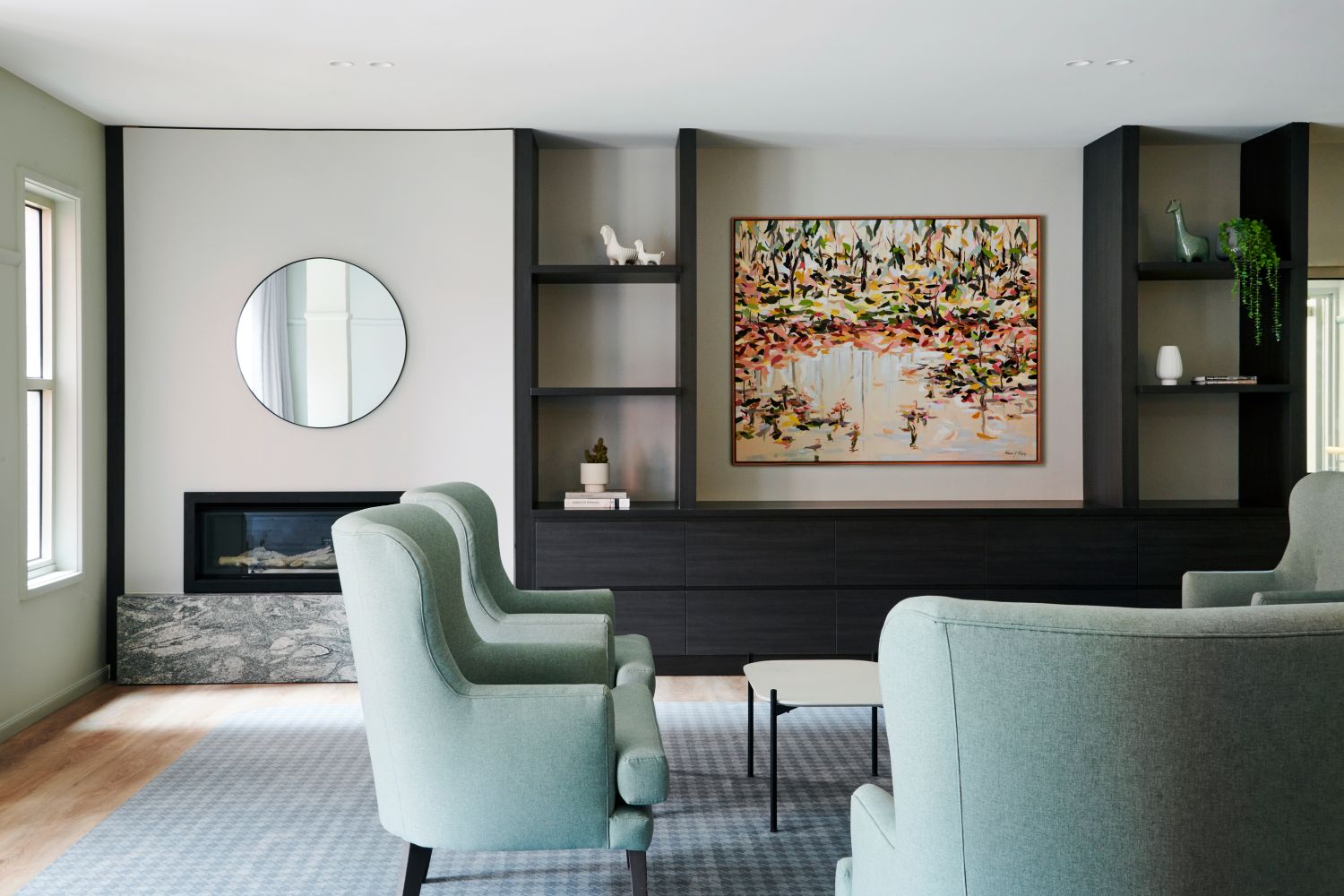 Not making great design accessible to the wider community is a missed opportunity for architects and designers in Australia to enhance people’s lives, says Studio Tate director Carley Nicholls.

“There’s so much that design can achieve and maximising those opportunities is really important,” Nicholls tells ADR.

“You don’t just want it to be for the one per cent. You want to touch the lives and improve the lives of as many people as possible.”

Strategy and practice director at the Melbourne studio, Nicholls says it’s about architects applying their skills to enact real change in the community.

“Whereas there is such a large percentage of the population for which architects and designers can have such a big impact, often by doing not quite a lot, frankly.”

In 2019, Studio Tate set out to “disrupt the established norms of ageing” in its renovation of the Eva Tilley Memorial Home in the Melbourne suburb of North Balwyn.

Banishing the institutional palette and clinical hallways, the practice used bright pops of colour and natural stone to bring character to every wing of the aged care facility, adding a beauty salon, bar for Friday night drinks and an art studio, as well as a fish tank-filled memory support wing for residents with dementia.

“They basically went from having just bedrooms to having a community,” says Nicholls of the project.

“And it’s just wonderful to see what impact design can have when you apply it to an aged care home or a school or a country town or really anywhere in the wider community.”

Studio Tate considers the Eva Tilley Memorial Home one its most rewarding projects to date, and Nicholls says the benefits of working pro-bono or with non-for-profit organisations isn’t just confined to the end user.

“We have a rare opportunity in our profession to be part of something bigger than just beautiful bedrooms. We can get a real insight into people’s lives and give them access to resources and design outcomes they never could have imagined.

For architects and designers, it’s also an opportunity, says Nicholls, to expand your scope and step outside of the box.

“These community projects are not all cookie cutter. They push you to do your very best design because you invest so much into them and you want to get the best outcome for your client.

“And we’re very lucky in Australia to have such great access to products at different price points, so you are able to deliver, often really basic stuff, that will change people’s lives.”

In speaking about Studio Tate’s work with non-profit organisations and community groups, Nicholls recognises that not all practices have the time, budget or resources to do the same.

She acknowledges that it is those “beautiful expensive projects” that help support the practice’s pro bono work, while also giving its staff the chance to flex its design muscles.

But she encourages architects and designers who want to become more active in this space to approach it in “bite size” pieces.

“It doesn’t have to be this big massive gesture. Just redesigning one room is going to have a massive impact on the outcome or experience of someone in a vulnerable community, even if it’s just a waiting room or a counselling room,” she says.

“So rather than thinking that it has to be a lot, approach your local community organisations and see if you can find common ground.”

Nicholls says this work doesn’t necessarily have to be pro bono, suggesting that practices can work at cost or to a small budget and then give “three times the amount of value”.

She also suggests partnering with other studios or seeking out design networks to make connections with other designers working in this space or organisations looking to collaborate.

“If you can do what you can do then that’s so much better than doing nothing.

“As designers I suppose we all want to do more than just design, and knowing that your design, at the end of the day, has an impact and improves people’s life and their experiences is really what designing spaces should be about.”

This year, ADR and IDEA launched its inaugural Community Services award. This special prize recognises the architects and interior designers who have delivered projects pro bono or at a significantly reduced fee across Australia in the past three years.

Find out more about our newest IDEA category and enter your project before tonight’s midnight deadline!

Women designers on their experience at the top