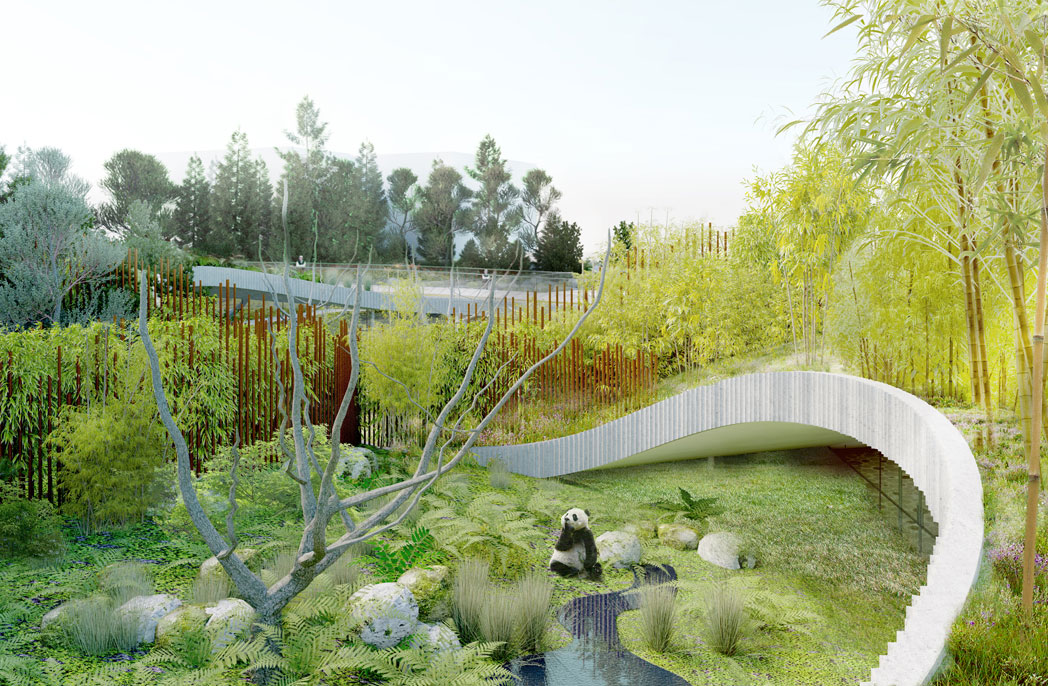 The structure is the second architecturally-designed enclosure to be constructed at Copenhagen Zoo, with Norman Foster having completed an award-winning elephant enclosure in 2008. 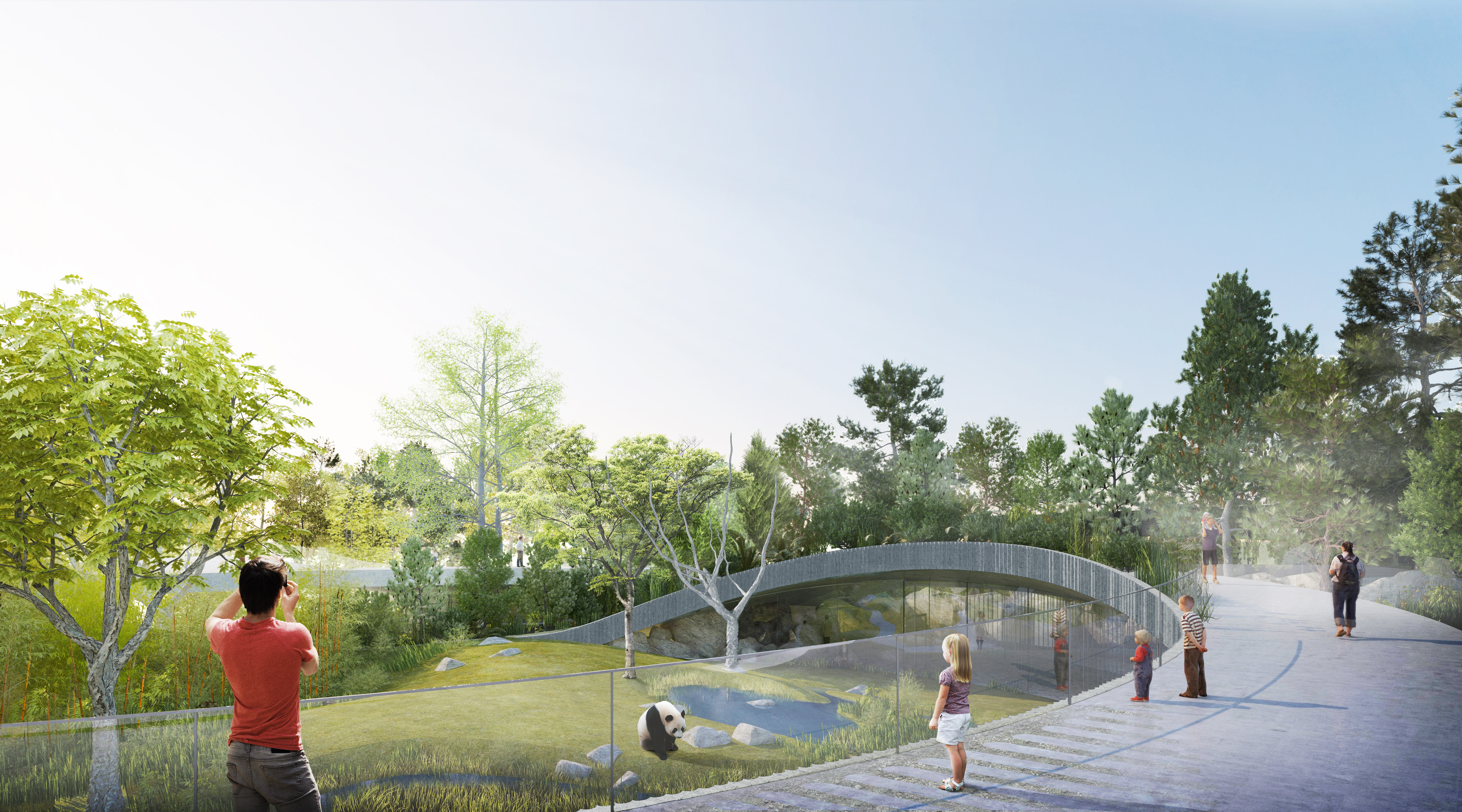 The Panda House design bears a yin and yang shape so as to create barriers between the enclosures for the two pandas. “The habitat is formed like a giant yin and yang symbol, two halves – the male and the female – which complete each other to form a circular whole,” explains Bjarke Ingels, director at BIG.

One key consideration of the design is that resembles the animals’ natural habitat and creates a peaceful environment. Copenhagen Zoo director Steffen Stræde highlights that a collaborative approach to the design was necessary, particularly when dealing with animal wellbeing. “Copenhagen Zoo’s idea-driven organisation was key in defining the team we wanted to work with on The Panda House project. It’s part of our DNA to let everyone, from zookeepers to gardeners and vets, influence the design and function of the facilities to secure the well-being of our animals. The team understood our approach and successfully integrated it into their design process to create a world-class home for these adored pandas.”

The Panda House is designed to feel like humans are the visitors in the pandas’ home, rather than the animals being the guests. The habitat forms the freest and most naturalistic possible environment for their lives and relationship with each other, providing the freedom to roam about and the ideal conditions to mate – one of the major challenges facing pandas from becoming endangered. 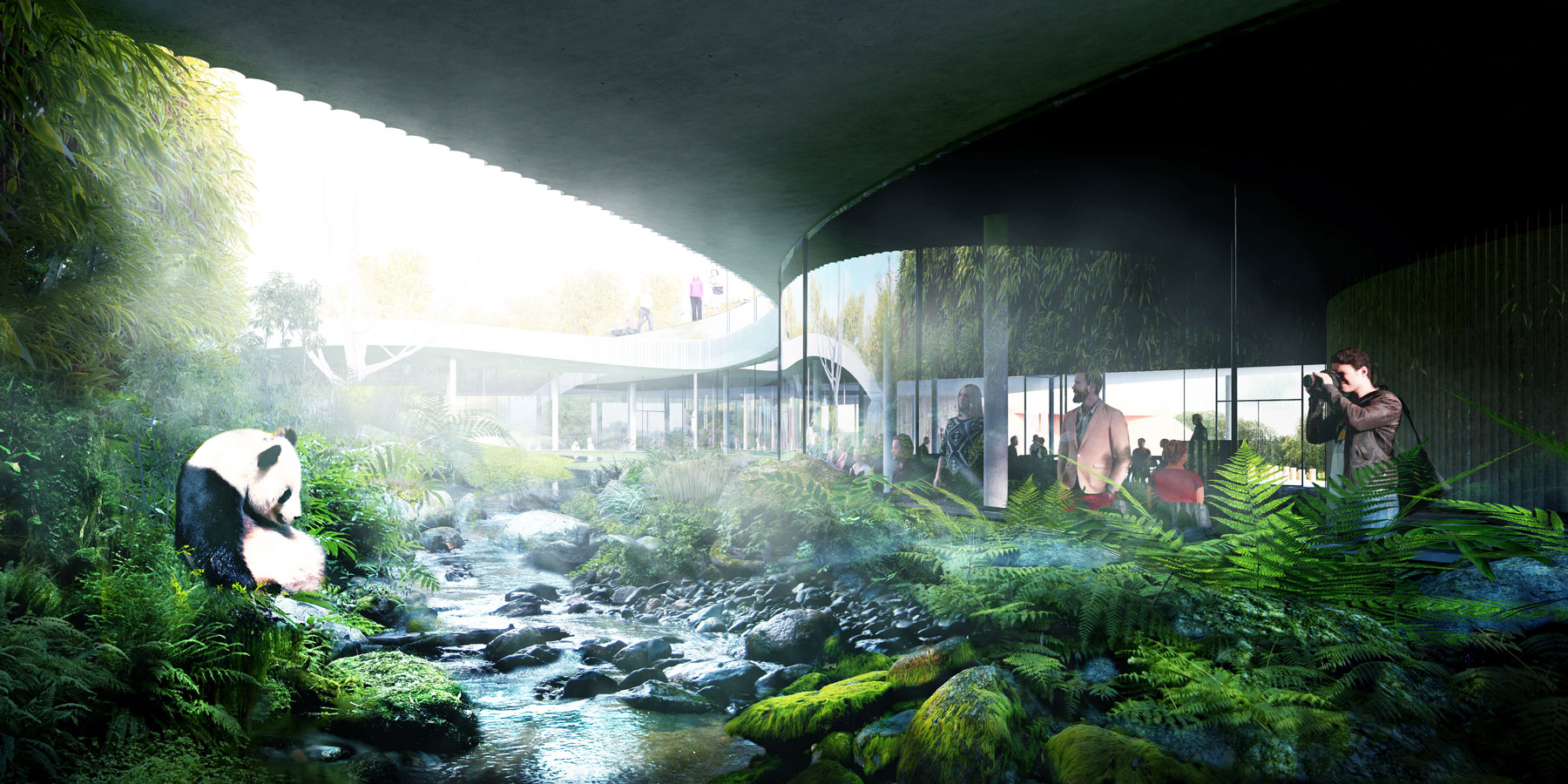 “Architecture is like portraiture. To design a home for someone is like capturing their essence, their character and personality in built form. In the case of the two great pandas, their unique solitary nature requires two similar but separate habitats – one for her and one for him. The curvy lines are undulating in section to create the necessary separation between him and her – as well as between them and us. Located in the heart of the park, we have made the entire enclosure accessible from 360 degrees, turning the two pandas into the new rotation point for Copenhagen Zoo,” says Ingels. 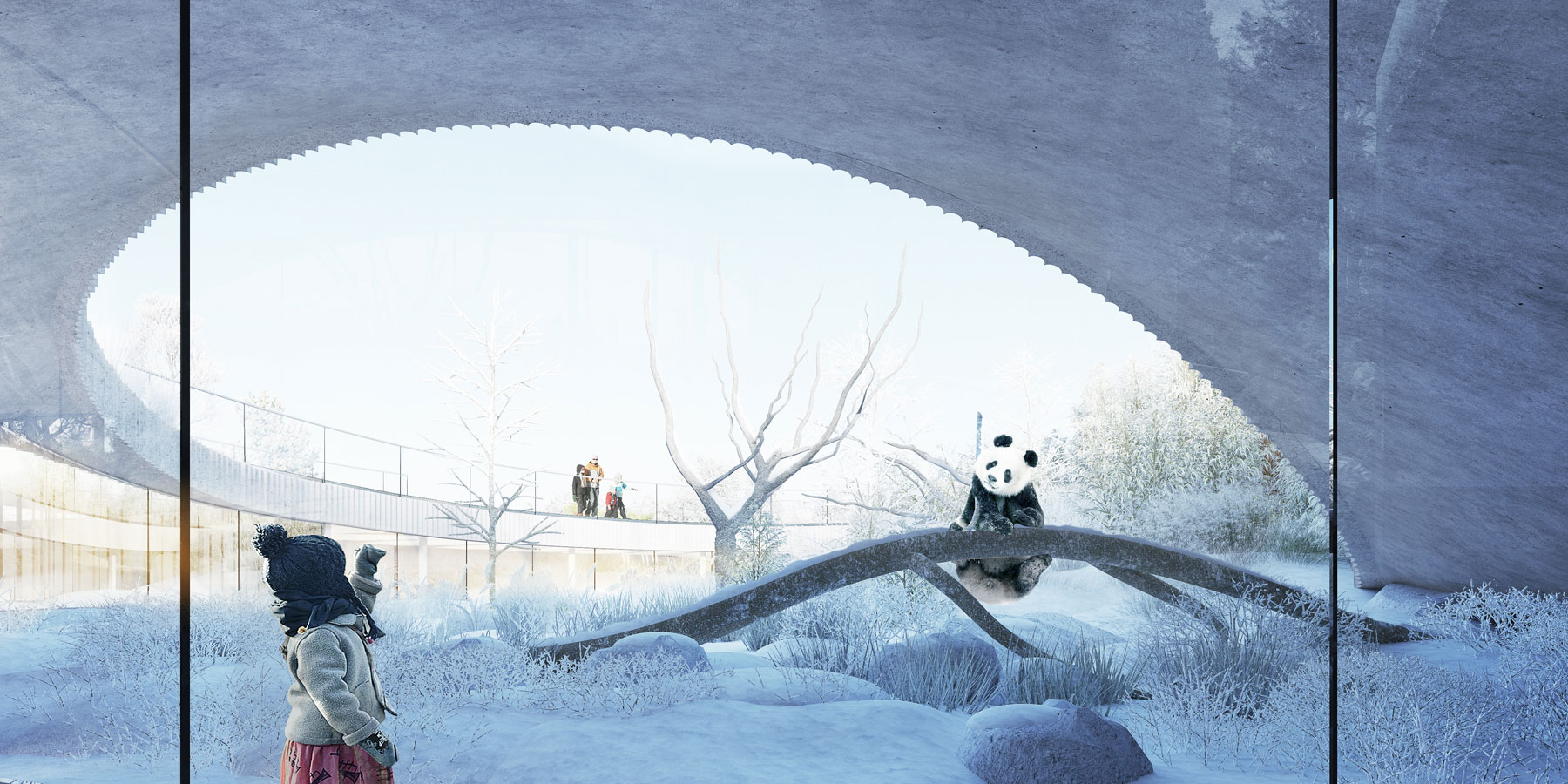 The structure consists of two levels: the ground floor, where access to the interior spaces is connected by a ramp circulation, and the upper floor, which leads to a walk along the rocky slope, through the native Nordic plants and into the dense bamboo forest. All interior functions are designed to have the lush landscape at eye-level. By lifting the earth at both ends of the yin and yang symbol, an undulating landscape then allows direct views into the enclosure.

The ground floor of The Panda House encompasses a restaurant, located between the elephants and the pandas so visitors can dine while observing both animals simultaneously. 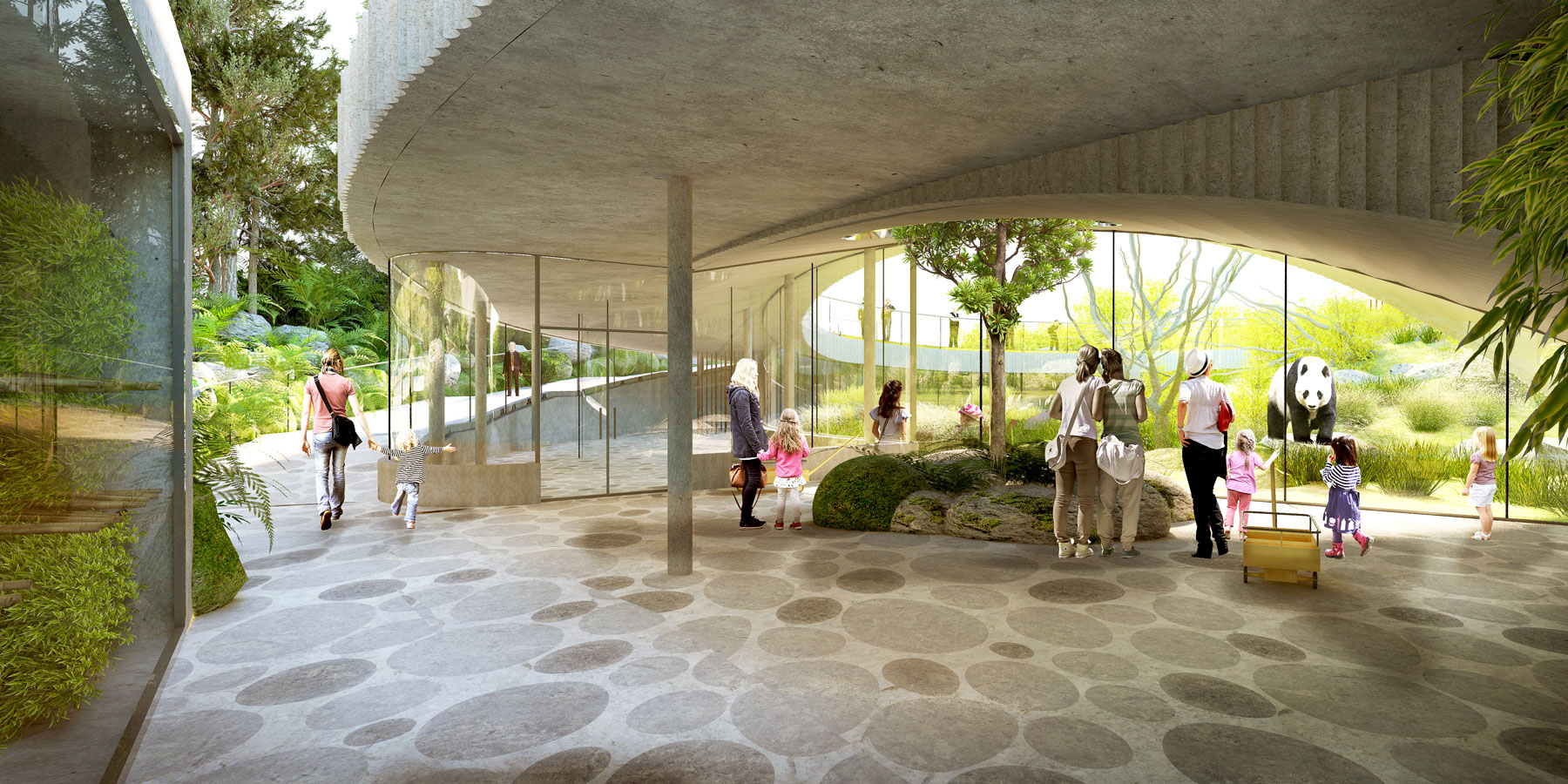 The vegetation and landscape mimics their natural environment in the wild. It is important that the pandas can find both shade and sun, as well as water and foliage. By creating two forests – a dense and lush ‘mist forest’ and a light green bamboo forest – the new enclosure will give the opportunity to move between the two according to season and temperature, just like pandas do in the wild, where they move up and down the hilly slopes of western China.

The building is scheduled for completion in 2018, ready for the arrival of two giant pandas from Chengdu, however funding for the project is yet to be secured. 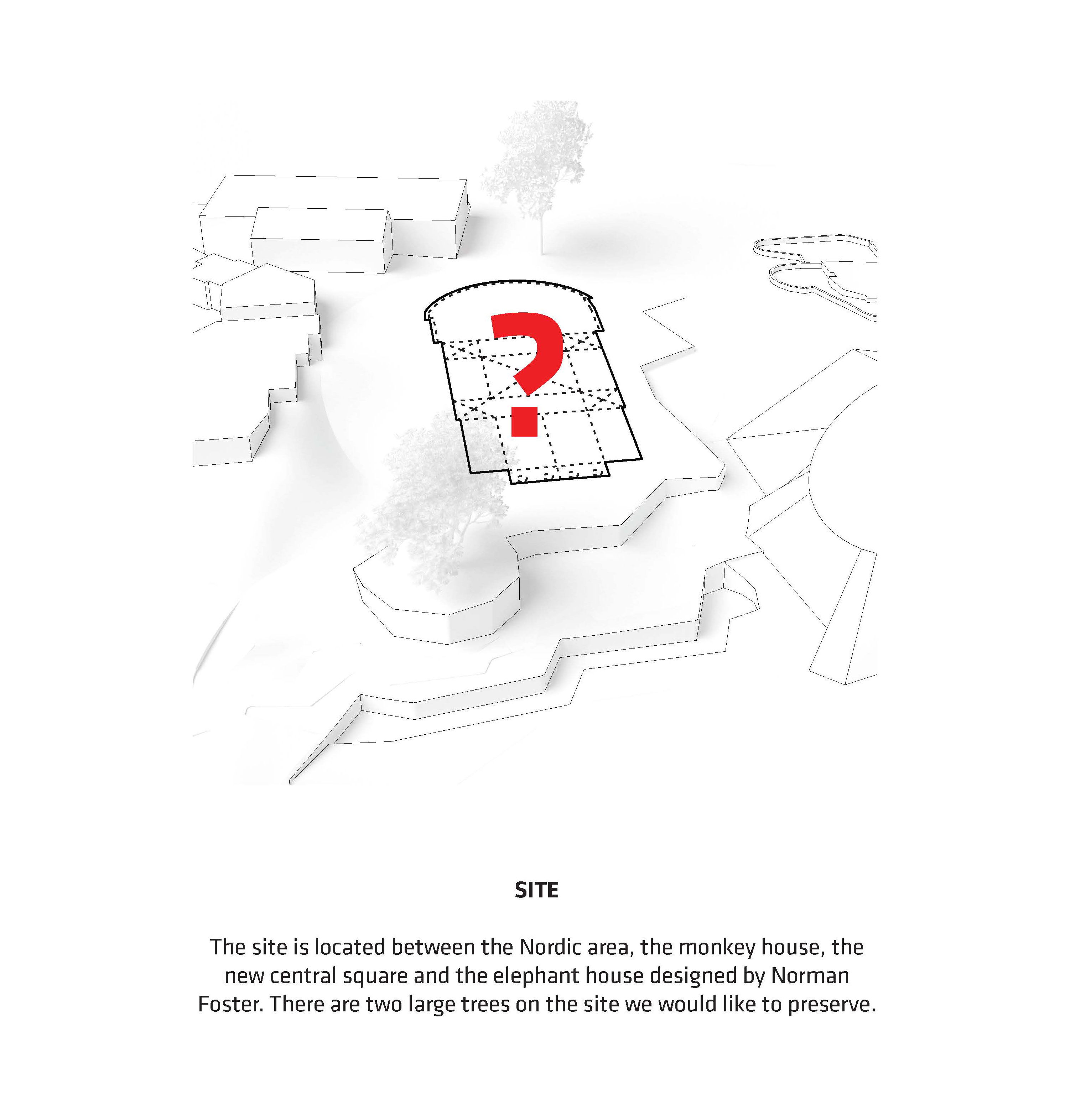 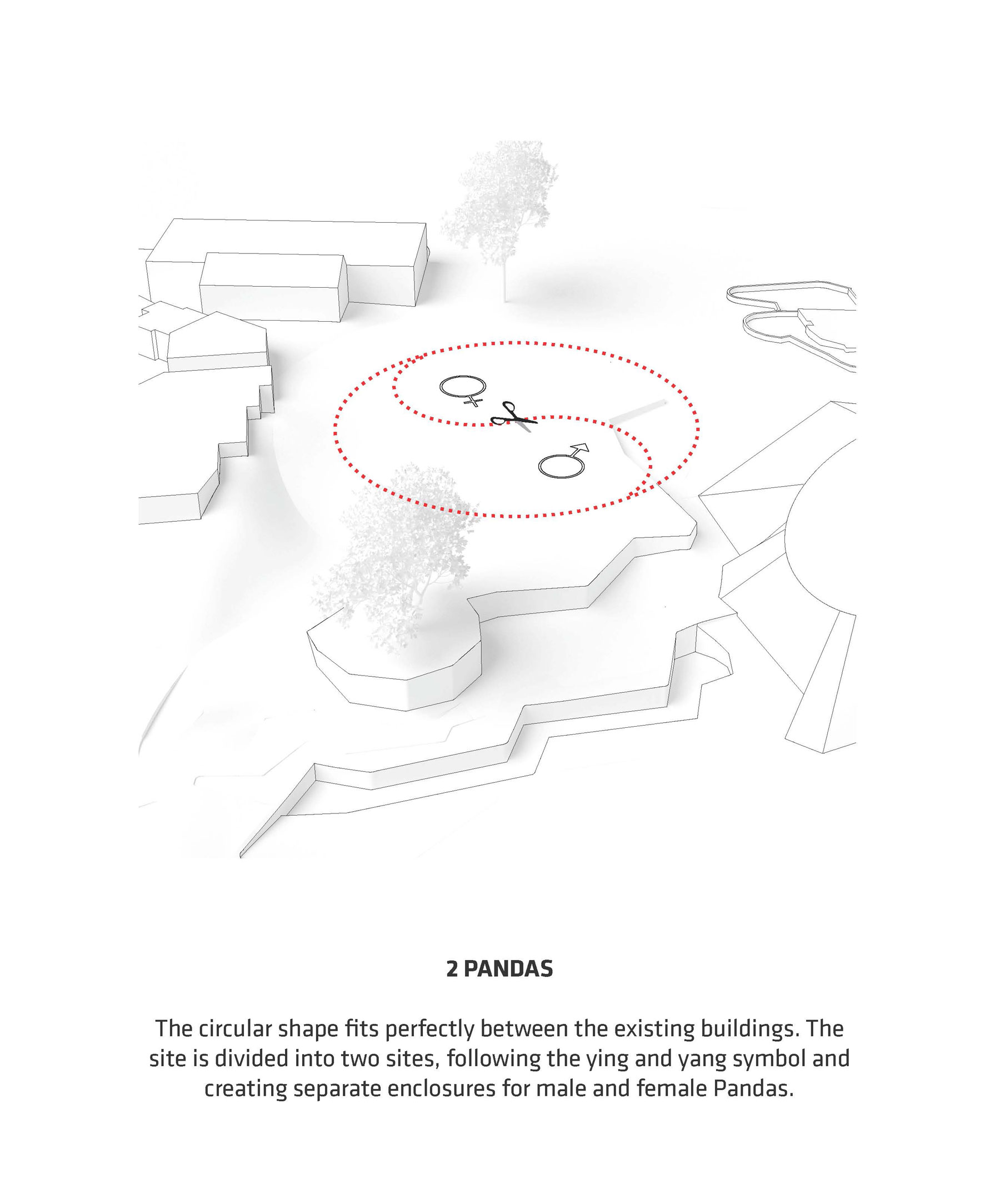 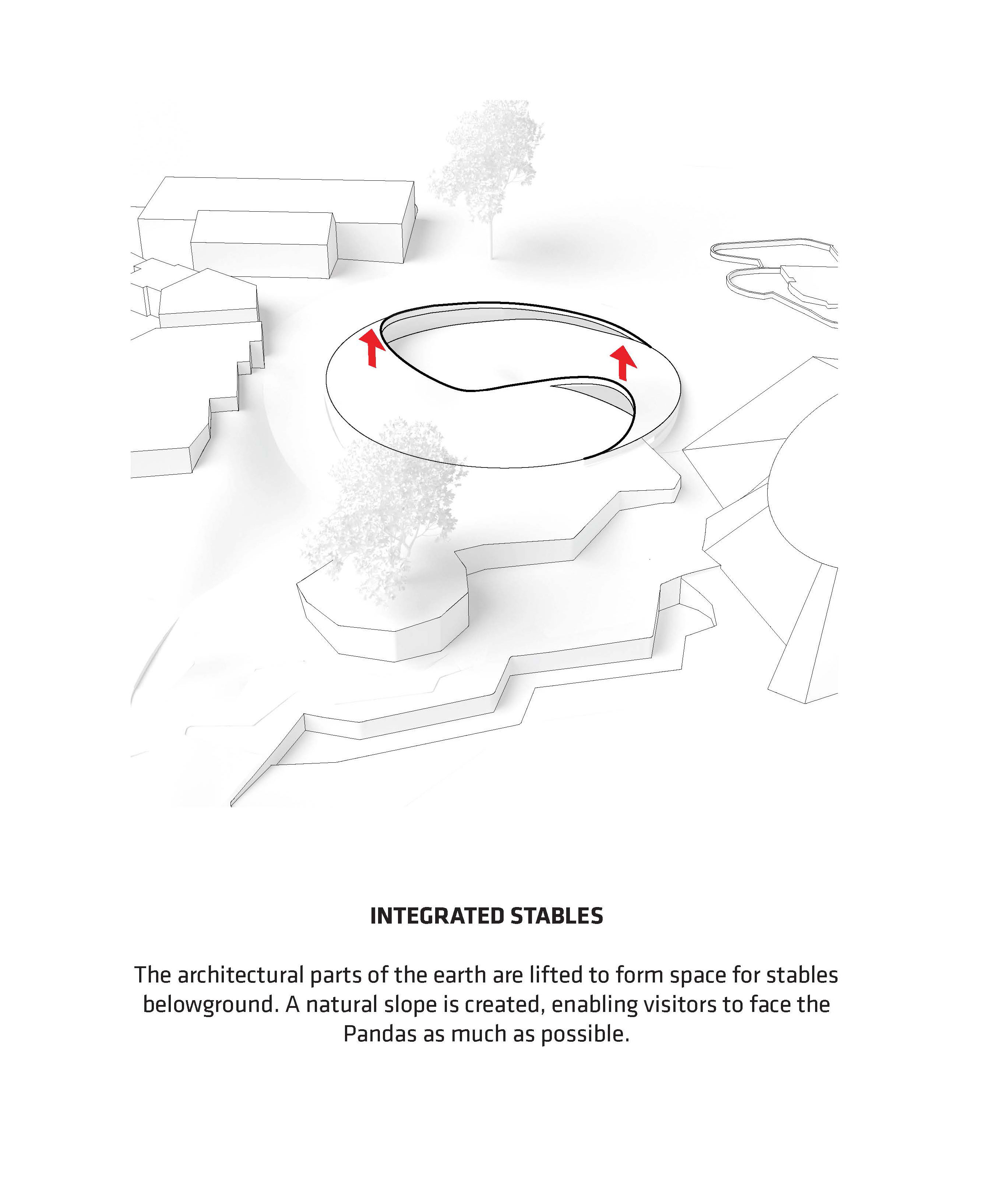 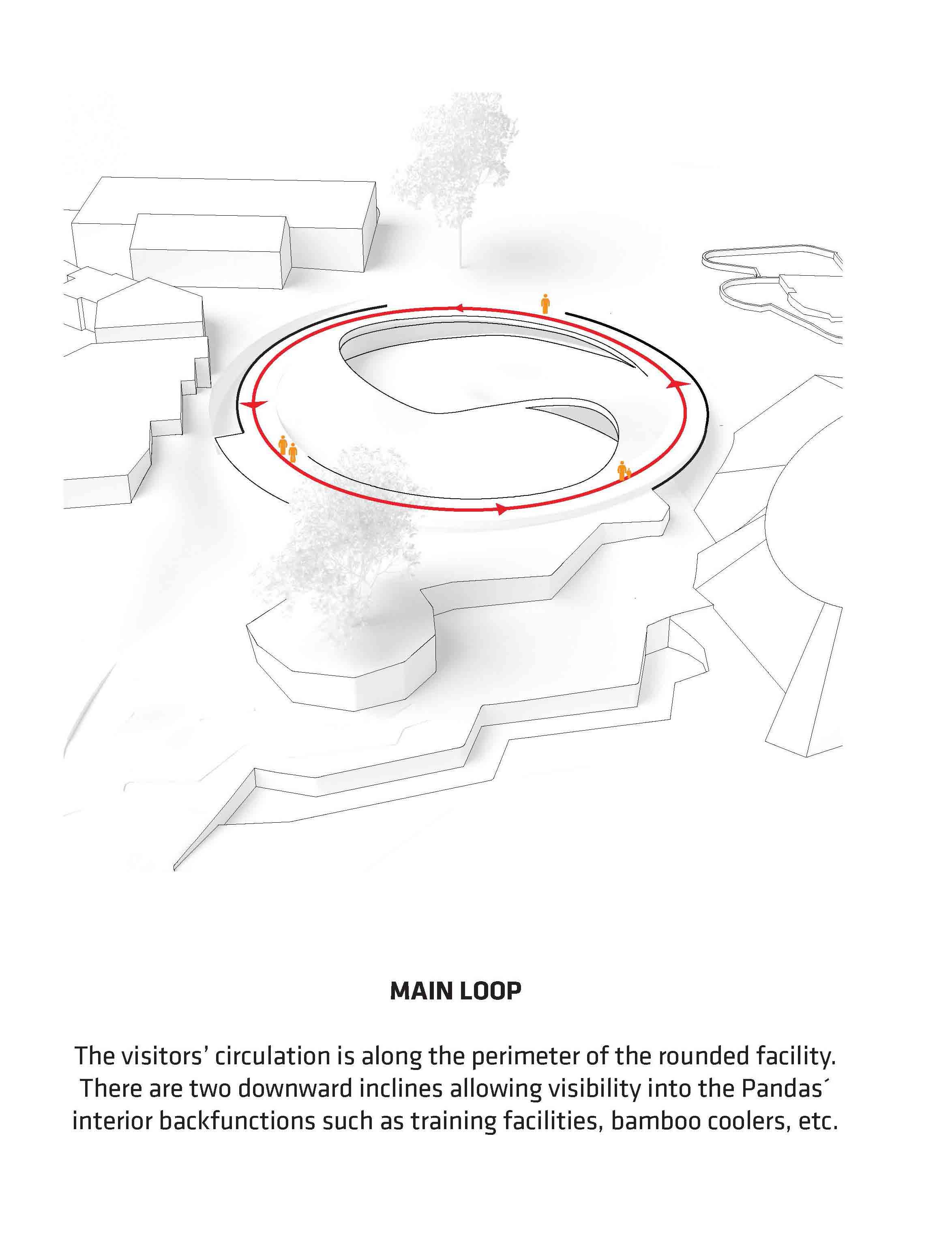 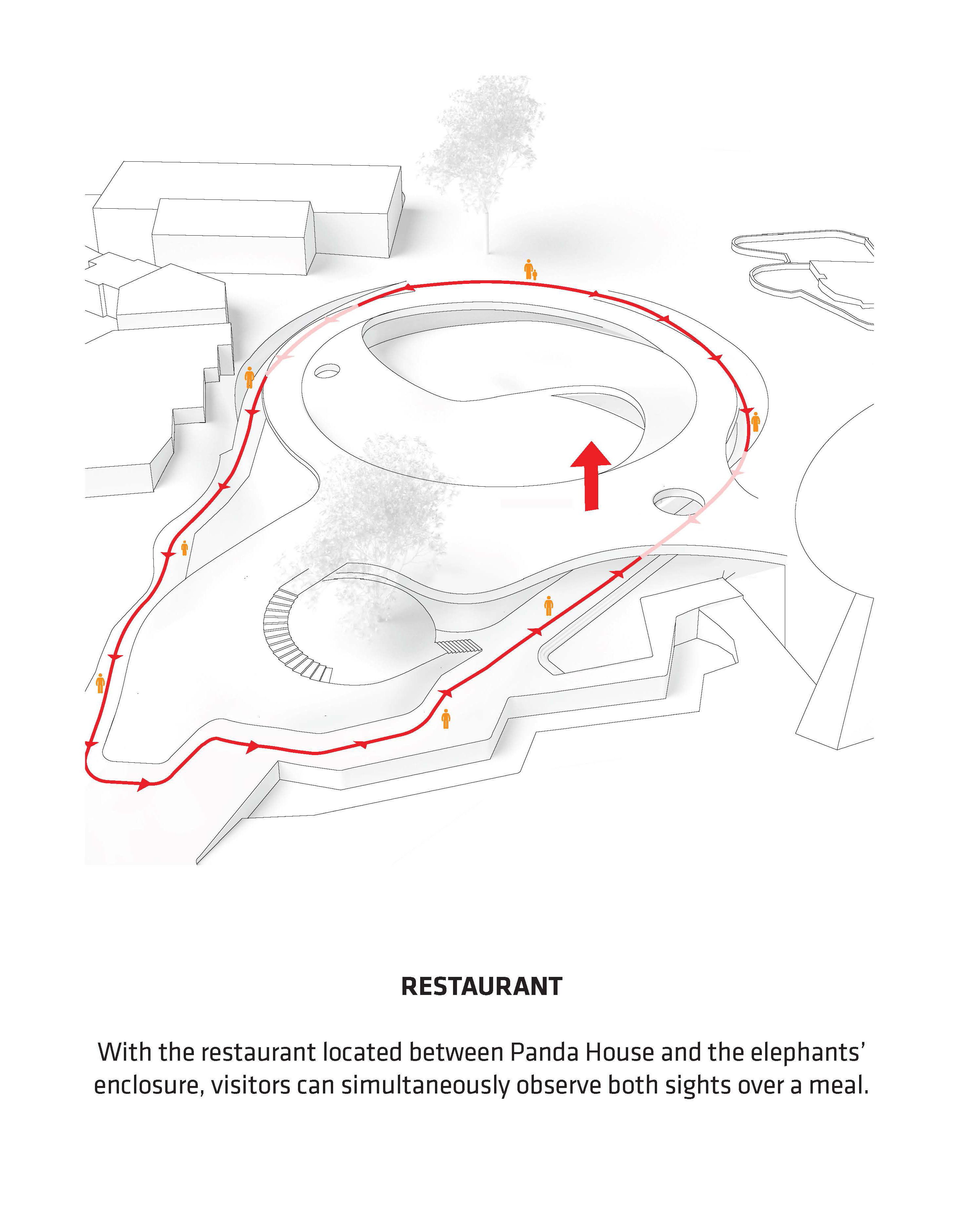