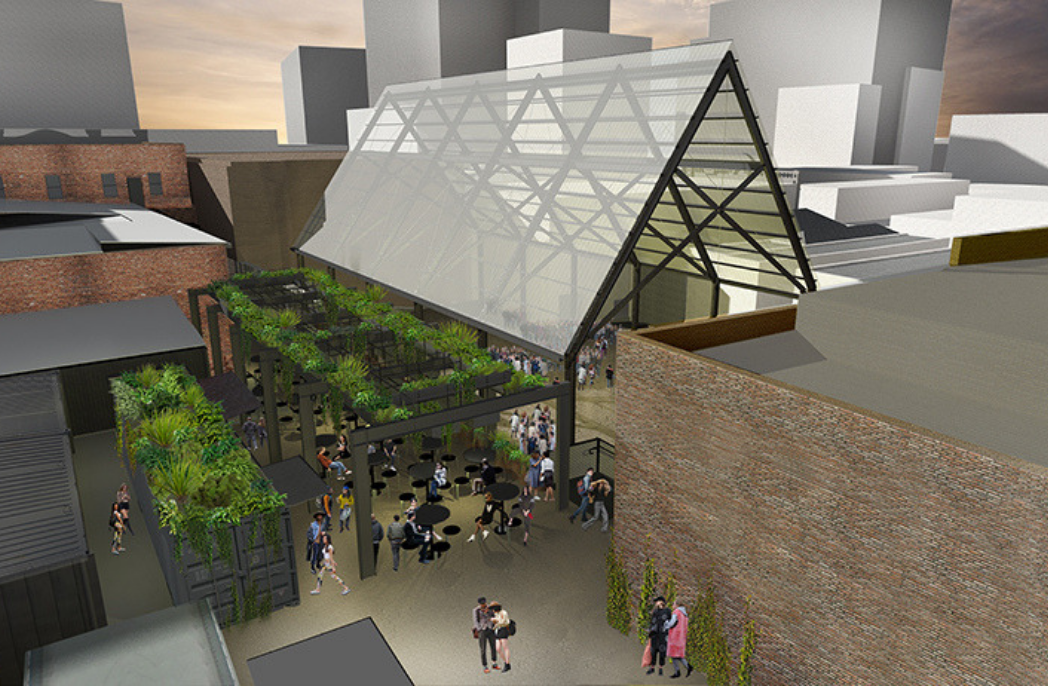 Fender Katsalidis has designed a new $5 million cultural and entertainment district for the centre of Hobart, named ‘In the Hanging Garden’.

The first stage of the cultural precinct, which is set to open the first week of June, will surround the Odeon Theatre and extend access through adjoining properties fronting Liverpool Street, Watchorn Street and Murray Street.

Included in the first stage is In the Hanging Garden, an outdoor dining and beer garden, with rotating pop-up kitchens with local vendors, including the team behind Pilgrim Coffee, who will open a 24-hour specialty coffee and pastry offering after the renowned Pilgrim Coffee burnt down late last year.

Built in 1916, and believed to have been based on the Strand Theatre in New York, the Odeon Theatre has had different incarnations over the past century, including a 1100-seat movie theatre in its heyday, before substantial upgrades in 1956, including changes to the Victorian façade.

Developer Riverlee was granted Development Approval three years ago to demolish the Odeon, but followed a recommendation from council to explore opportunities to retain the building, and formed a partnership with Mona subsidiary DarkLab to provide something unique for the community.

DarkLab director Leigh Carmichael says if Hobart is to assert its reputation as a cultural leader in Australia, these types of projects are essential.

“It’s rare to find developers prepared to consider investments that benefit the community as well as the bottom line, so we hope the project is given the support it deserves, as it has the potential to be a game-changer for the CBD,” he says.

In the Hanging Garden will open to the public in the first week of June to coincide with the start of Dark Mofo 2019 and once the festival concludes, the precinct will remain operated by DarkLab on a permanent basis, seven days a week.