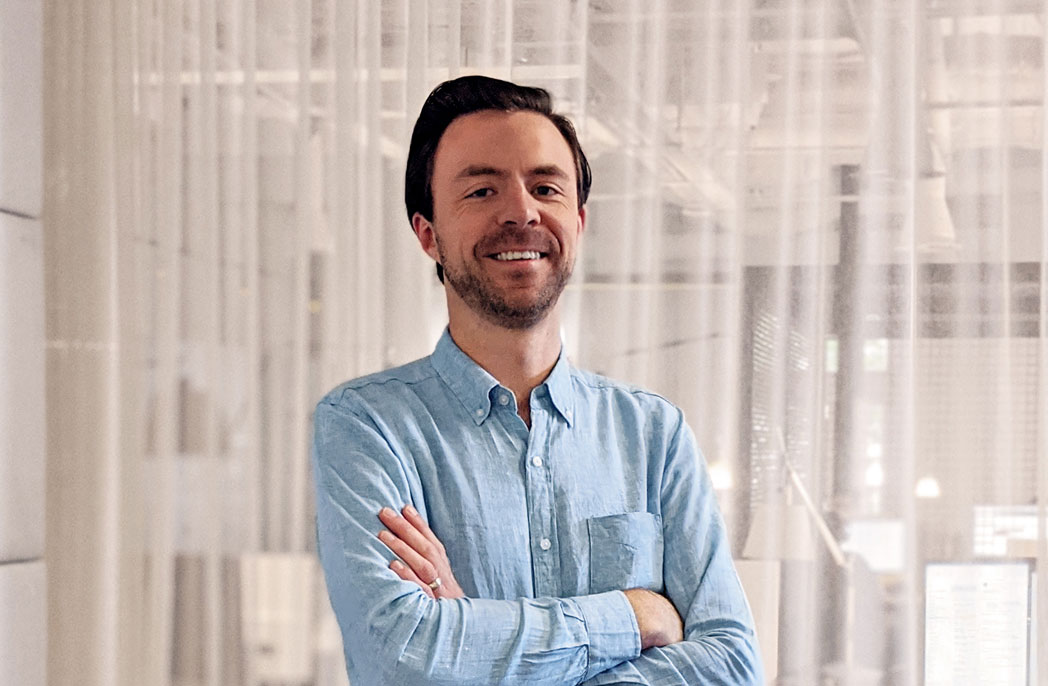 “A simple example is you design a house for someone and you have a great view, so someone comes out of their bedroom in the morning and they go, ‘Wow, isn’t that view beautiful? I’m so glad’,” McPierzie tells ADR.

“You don’t have to do it every day, but just every now and then, you get someone with that moment of delight. We talk about it in the studio as being an essential part of how we do our work. In all our projects, we have to find where those moments are, and often they don’t just come about by accident.”

McPierzie joined Woods Bagot as Perth studio chair in August 2019. He was previously design director at Gresley Abas Architects and has worked as the Master of Architecture design studio coordinator at the University of Western Australia since 2017.

“Architecture and building are sort of a common experience in a lot of ways, rather than just a thing,” he says.

McPierzie argues the industry is shifting away from this “transformative potential of design” and towards creating an image.

“These Instagram moments do my head in because it’s more than that. We design buildings that’ll last 50 or 100 years. Who knows what Instagram will be around in that timeframe?”

And postcard Instagram moments can actually be quite dangerous, he continues.

“It dilutes sense of place. It dilutes people’s connection with place. It just becomes an image rather than something with substance.

“So people feel like they’ve seen it, but they haven’t actually. The difference between being in a space and seeing an Instagram photo of a space is just fundamentally different.”

The loss of ‘place’

Instagram and platforms like it can also lead to a generic outcome, where everything is similar says McPierzie.

“It democratizes images, so you can see images from all over the world, but the sense of the place is lost.

“That’s where I think the Instagram thing can just get really dangerous, to be honest.”

McPierzie grew up in Canberra, but studied environmental design and architecture at the University of Western Australia, and says there has been a focus, in the last 10 years, on making Perth a liveable city.

“Perth would look to Melbourne to see what’s going on there and then think, ‘Right, okay, we can do that,’ and almost mimic what Melbourne did,” he says.

“That’s really shifted in recent years. We’ve now become more comfortable with who we are as a culture. We don’t need to look elsewhere as much anymore.”

McPierzie points to some of the city’s newest projects, including Elizabeth Quay and Yagan Square, as well as Perth Stadium and OMA and Hassell’s New Museum.

“There are a lot of good people doing good work here and there are good projects that would stand on their own in any city around the world,” he says.

“Perth is starting to create its own identity and sense of place as a city, celebrating that and not being afraid of that,” he adds.

“It’s a counter to the globalisation or Instagram effect. We need to have a local focus that Perth is Perth. Melbourne is Melbourne. It’s got all these amazing influences, but then it’s got its own thing going on. As designers and architects I feel like we’ve got a role to play in that conversation.”

“We need to have an across-the-board uplift in design quality,” he says.

“Our design can be measured, they can be quantified, so we need to be able to lift the bar in the way our cities are designed,” he continues.

“As an architect, I ask myself, ‘What do I want to achieve in my lifetime? In my career?’. I think most architects would say they want to make a difference. Make the world a better place,” he says.

“We have to design buildings that are more energy efficient and not just for the building, but for their lifetime. We have to design smarter. We have to do environmentally responsible things. We must do that as an industry, otherwise we might as well not be in the industry.”

Woods Bagot is a founding signatory of Architects Declare. One of the goals of the movement is to adopt more regenerative design principles with the aim of designing architecture and urbanism that goes beyond the standard of net zero carbon in use.

“There are published roadmaps that say we need to move towards a carbon zero future, where all the buildings we live and work in have a net carbon zero footprint,” McPierzie says.

“If we want to actually design every building to be net carbon zero, what do we need to do right now to make that happen? What tools do we need to lock in? What technology do we need? How can we lead that conversation? That’s the sort of challenge I’m throwing down to my team now.”

“I would love to be sitting here, in fact, I need to be sitting here in 10 years’ time and say, ‘Right, we have made a positive contribution to climate change through our buildings’. We are designing better buildings than we did 10 years ago and we are doing it for these reasons.”