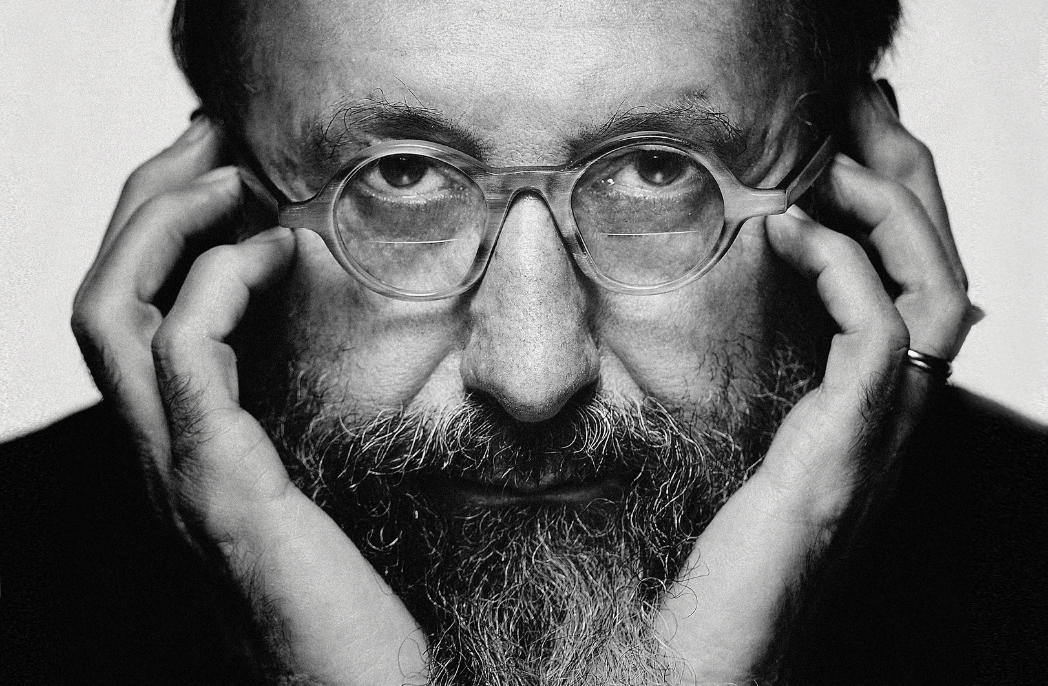 In conversation with Michele De Lucchi

As a founding member of the Memphis Group, architect, designer, philosopher and freethinker Michele De Lucchi’s gorgeous creations have been at the design forefront since the Memphis Group made its debut launch at Salone del Mobile of Milan in 1981.

From an art and design perspective, there are two streams of readily identifiable designs to De Lucchi’s name. From the Memphis camp his Oceanic table lamp is arguably one of the most iconic of the movement’s pieces – with its happy row of striped rods, pink base and yellow suspended block a joy to behold.

Likewise, the Kristall, Flamingo, Polar and Continental side tables are among the most coveted furniture items of the movement. From a more commercial design perspective, the Artemide Tolomeo lamp (1986) is one of the most oft specified lamps, with its soft and focusable light giving it application across commercial, retail, domestic, institutional and all other interiors, and causing it to be the most taken-home piece of many office fitouts.

The other great aspect of De Lucchi’s career is his architectural practice, which has attached his name to many projects of note including Pavilion Zero 2012-2015 (Milan), the Bridge of Peace 2009 (Tbilisi, Georgia) and the Enel Power Station 2002 (Siracusa, Italy). Meanwhile, his work on workplace environments continues to evolve.

Born in 1951, De Lucchi’s career started with his graduation in architecture from the University of Florence. By 1976 he was involved with the neo- modernist Studio Alchimia, a radical architectural movement with the premise of “materialising a non- existent thing into being” as its mission statement (De Lucchi’s Earth Stations continue this bent with Poltrona Frau’s flagship store recently dressed as a prototype to coincide with Milan 2019).

From 1988 to 2002, he was design director for Olivetti, designing and developing for Compaq, Philips, Siemens and Vitra – shaping the way computers look and behave through their formative years. Concurrently, he designed for Artemide, Olivetti, Alias, UniFor, Hermès and Alessi. While each of his architectural or design pieces are unique realisations, the recurrent motif is that of the grid.

“I have always been fascinated by the grid; it is to me a transparent skin to allow us to see the same face in different ways from different angles. Every angle you look at the grid you see something different. This is the peculiarity of the grid and what I love; sometimes the grid is fully transparent and sometimes fully opaque,” says De Lucchi.

The Nuova Manica Lunga 2005 (Venezia Italy), for example, overlays the grid of railing and shelving systems with the grid form of the books themselves. At scale, the grid has been used to envelop many of his buildings including the Centro Guida Sicura 2013 in Milan where a white checkerboard of glass and metal panels floats above the ground.

“The grid offers a lot of details when we need to focus on the façade. To appreciate the quality of the object of the building of architecture through details. The veil of the grid gives presence to something underneath,” says De Lucchi.

The grid also gives detailed texture to the building when seen at near quarters. “Distance is a very important subject in architecture and design. If you look at architecture from far away it is an object in the landscape; if you look at a building from one metre away you have the feeling of the big wall and nothing else. I impress on my students how important it is to find the right distance: distance is a matter of defining proportions defining perspectives.”

Memphis has enjoyed a renaissance with many interior designers, particularly the younger generations, including both vintage and contemporary pieces in their designs. For De Lucchi the recurrence makes sense to his approach to design and architecture, which is as an artist with ideology, materiality and form shared drivers.

“I’m very happy. I really feel that we need something optimistic and positive in the environment of design. We are facing so many problems and troubles and difficulties. When the environment can be positive looking, we get a positive stimulation to think and act positively. Memphis was a way to demonstrate that everything can be different and there can be an optimistic way of looking at things,” he says, while cautioning that design can only be truly successful when there is genuine intent.

“The market is important to get an economical outcome, but you cannot design for the market if you don’t have any idea or ideological position or visionary abstract idea about how to develop the environment and the world we are living in.”

One design that has seen outstanding economic success is the Tolomeo lamp for Artemide. It has also been copied and reinterpreted in many ways and while Artemide is probably up in arms about this, De Lucchi takes a different view.

His latest work for UniFor comprises a grid enclosed work environment that, while freestanding and transparent, is also contained and discrete. Continuing De Lucchi’s philosophical exploration of how we occupy the workspace, the piece makes conscious facilitation of a more relaxed way of working where time is a crucial element, particularly the time equation of the work/life ration, which is less a balance than a constantly shifting evolution.

For his project, the enclosing grid uses timber for warmth and materiality, while solid door apertures convey a sense of threshold. With more than 40 years of involvement in design and architecture, De Lucchi remains a positive agent for change, exploration and joy.

His oeuvre is recognised the world over with inclusions in the world’s best museums and collections. Moreover, his sense of joy and hope imbues his work with an ebullience few would dare. He is a delight.