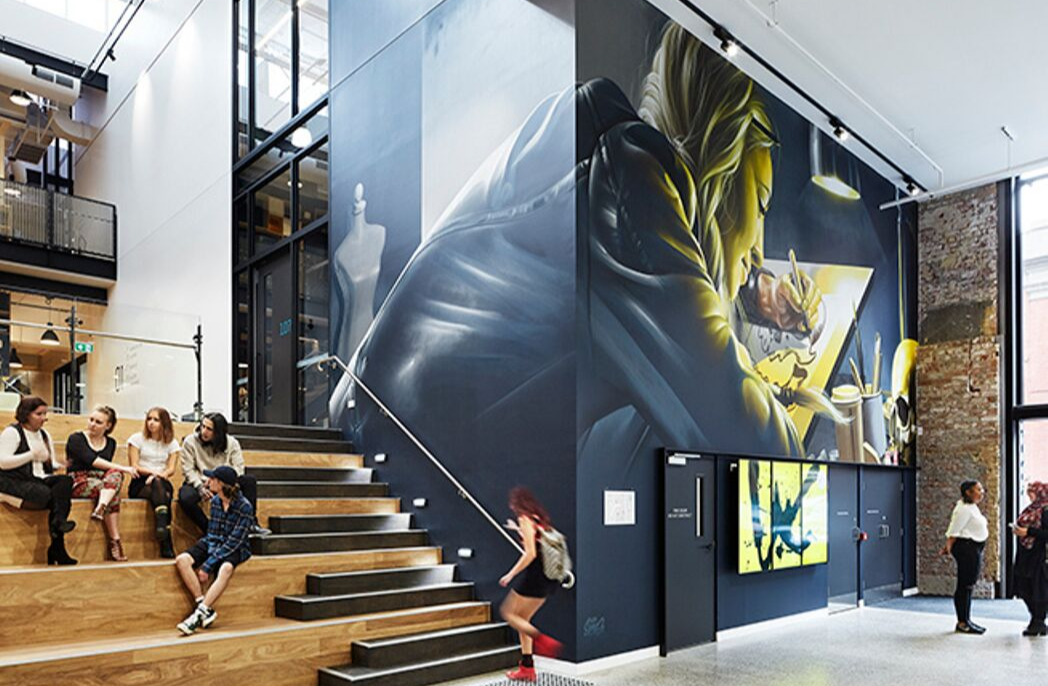 The new principal and dean of LCI Melbourne, Karen Webster, has come back to academia after a spell in the industry. It’s like coming home, she says.

Karen Webster worked at RMIT for 25 years and she loved it. “It was my life, my world,” she recalls. “I headed up fashion and textiles there and people used to joke that I was going to die under a pattern-making table one day and they would drag me out.”

Always one to both keep a foot in industry herself and emphasise the importance of aligning the tertiary experience with the industry outside, she also says that, while she has the greatest respect for research, as emphasis on it increases many universities in the public sector are becoming even less industry focused.

These frustrations, combined with a number of headhunting approaches that all came around the same time, made her think it was time for a change. She spent a year as part of a consultancy at the Whitehouse Institute of Design in Melbourne’s CBD, before taking a role as the design director at Buzz, a company located in Melbourne inner north that designs for the travel industry.

She enjoyed that too, until the global organisation LCI Education Network came calling and made her the proverbial offer she couldn’t refuse. 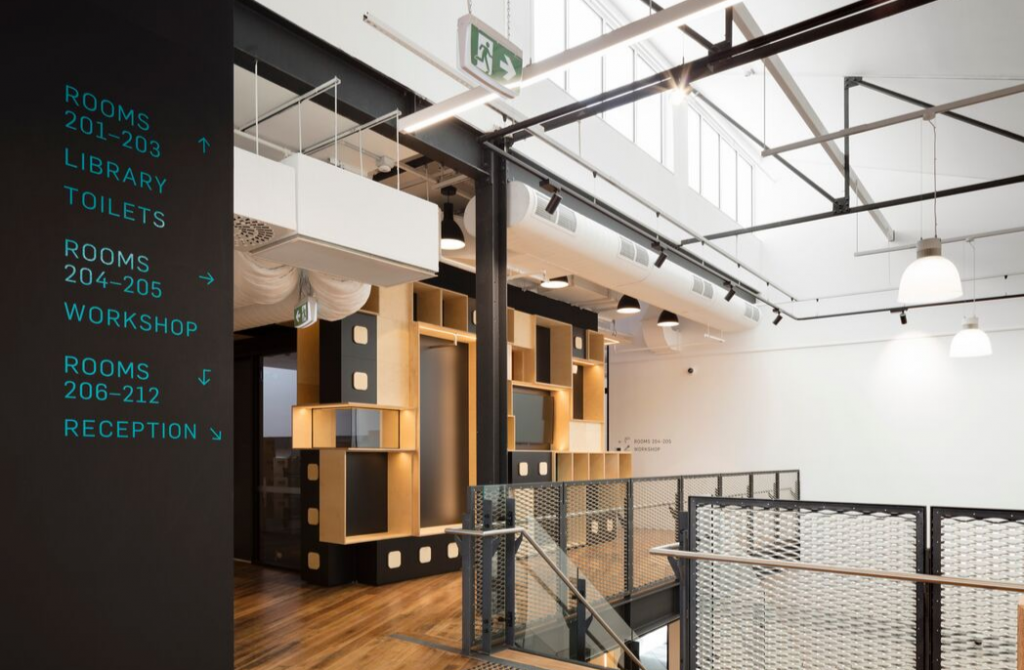 LCI Melbourne was founded in Collingwood as the Australian Academy of Design in the late 1990s, offering undergraduate design degrees.

Three years ago, it was bought by the LCI Network – an educational organisation that began as LaSalle College in Canada in 1959 and now has over 20 colleges in locations as disparate as Montreal, Bogotá, Jakarta and Casablanca. When you visit the Collingwood campus, a beautifully reimagined Foy and Gibson factory designed by Gray Puksand and completed last year, you’ll see a world map behind the reception area, detailing the locations of the various colleges. The first thing you notice is that the organisation has eschewed the obvious Paris, New York and Berlin settings for more intriguing hot beds of design innovation – such as Istanbul, Marrakech and Surabaya. With a network that is big on collaboration and cross-pollination across its various institutes, this puts Melbourne in some fascinating company.

But, despite LCI’s long-standing reputation elsewhere, why did Webster want to join an organisation that was so comparatively new to the Australian scene? First, she felt the pull back to pedagogy. “Being back in education, it’s heartfelt, it’s what I absolutely love,” she says. But LCI was a particularly enticing prospect, she adds. “What I loved about it is it was personalised, it was bespoke, it was progressive in its thinking. And it was global and we’ve got to be thinking globally.” 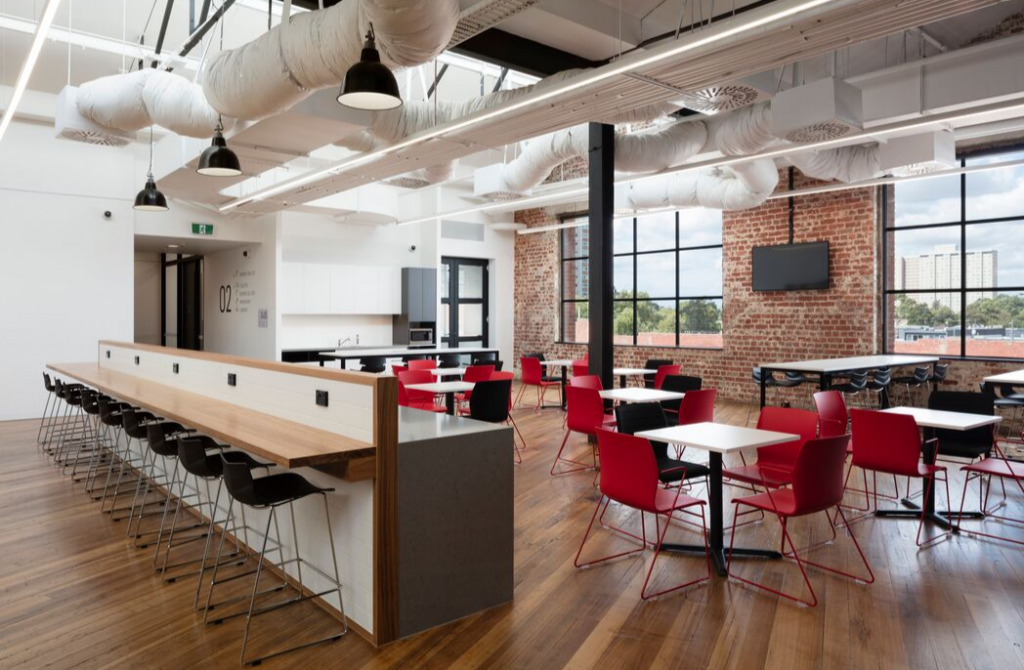 And LCI offered the best of both worlds, she believes. “We’ve got the benefit of being small here, but part of a really large conglomerate. Across the world we have 17,000 students, which is the size of a small university, but here we’ve got 250.” She describes it as being like a start-up, but with the resources of a large-scale group.

“We’d never have had an amazing building like this if it weren’t for the investment of head office,” she notes. “But we’ve noticed a real difference. In a lot of large-scale institutes you can go into a lecture with a hundred people and you’re a number, not a name. Here we get to know who you are and what your strengths are. It’s true guidance.”

Above all, Webster has embraced the opportunity to address something she sees as a real gap in the current tertiary design landscape. “I talk to industry all the time,” she explains, “and they say that so many students are just not work ready yet.” Part of the reason for this is the speed of change in the industry. “Even architecture, which can take years, we’re now churning through buildings like you wouldn’t believe,” she says. “It’s almost the McDonald’s of architecture.”

Trying to keep up, organisations don’t have time to take on graduates and train them properly. At the same time, work placements and internships are much thinner on the ground in traditional university structures, she says. “They’re very hard to organise. You actually need committed staff on the phone, ringing people, making sure the student is looked after. If you’ve got 300 people in a program, you can’t do it.” 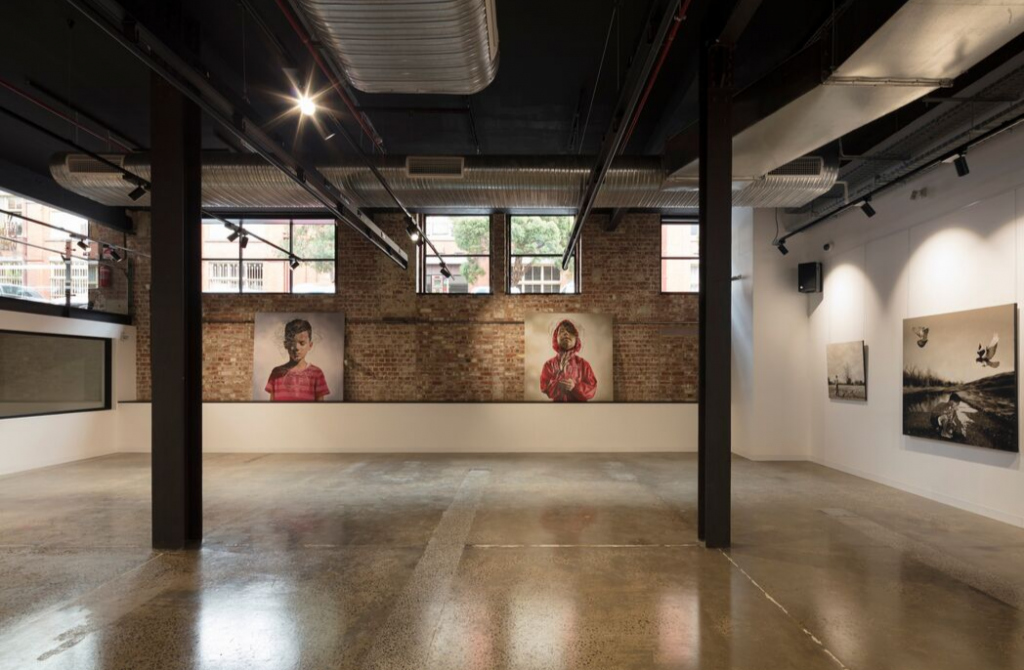 But LCI’s size means it can, she says. “It’s a much more personal relationship with a student and a much more personal relationship with industry.” The curriculum also encompasses collaborative projects with industry, where the college puts a call out for a brief and then works closely together with the industry practitioners to execute the brief, in order to make sure that the students are learning the right thing.

The students of the original cohort are graduating now and Webster says the prospects are good for them. “Because of our engagement with industry, pretty much every one of them has already got touch points to move straight into at least an entry level job.”

Adding to their business skills, the college offers two classes on professional practice, ensuring that graduates know the basics of setting up their own business and above all understanding what Webster describes as the four core pillars on which every designer should focus:

Now that the new college is established, Webster’s eye is on consolidating its reputation and growth. “We’ve got 250 students and we can accommodate three times that easily in this space. And we want to make our mark as a progressive design institute that’s an alternative to everything. Right now our point of difference is that it’s very personalised, it’s industry facing and it’s global,” she says.