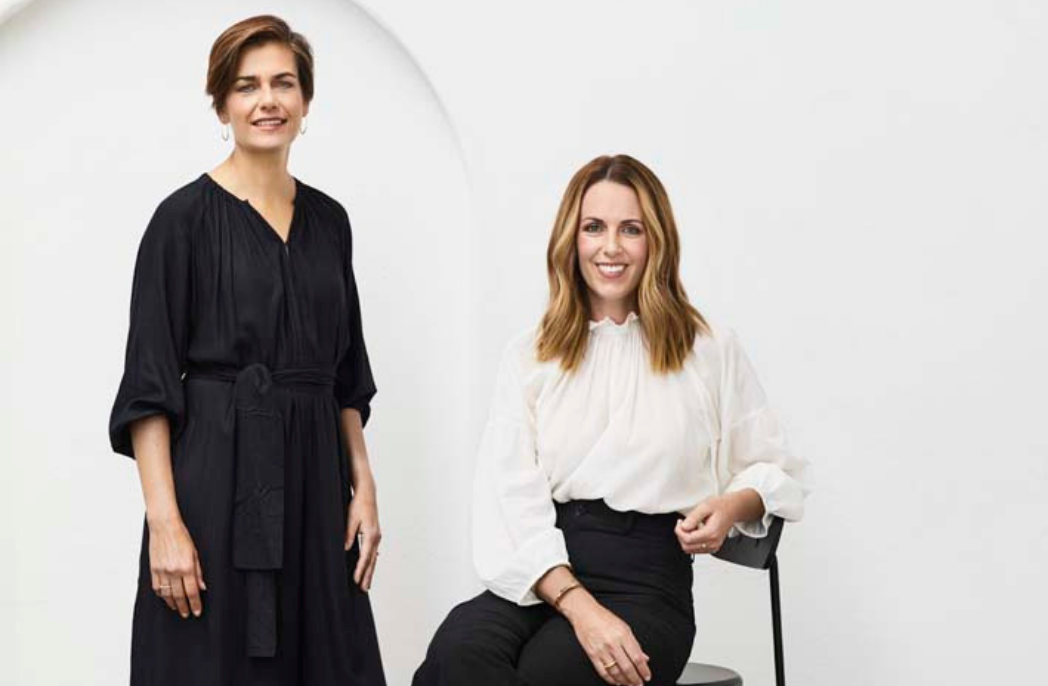 Armadillo & Co: from floor to foundation

inside speaks to the founders of ethical rug company Armadillo & Co about its inception, its ethos and its change in direction.

Sally Pottharst, from Zimbabwe, studied as an accountant before immigrating to Australia where she became a charted accountant and enjoyed a career with KPMG before shifting focus to her family’s floor covering company based in Adelaide.

Conversely, Jodie Fried studied costume design with NIDA (National Institute of Dramatic Arts) followed by a career in costuming and production in the film industry. In 2001 she was filming in India when earthquakes hit and made the decision to stay and help rebuild villages.

She is recognised by Time magazine as being among the top 100 most influential green designers. Having stopped work to start her family in 1999, when Pottharst rejoined KPMG part-time her sense was that she could instead add value to the family business while spending more time with her daughter, leading to an eventual decision to shift careers.

It also opened possibilities for a huge range of creative outlets and reignited the passion for textiles she had fostered in her early twenties, when, as an art teacher, textiles and graphics had been a particular passion. Concurrently, Fried had started a homewares brand that was driven by ethical trade and, in particular, being a means to provide viable employment to women in India. 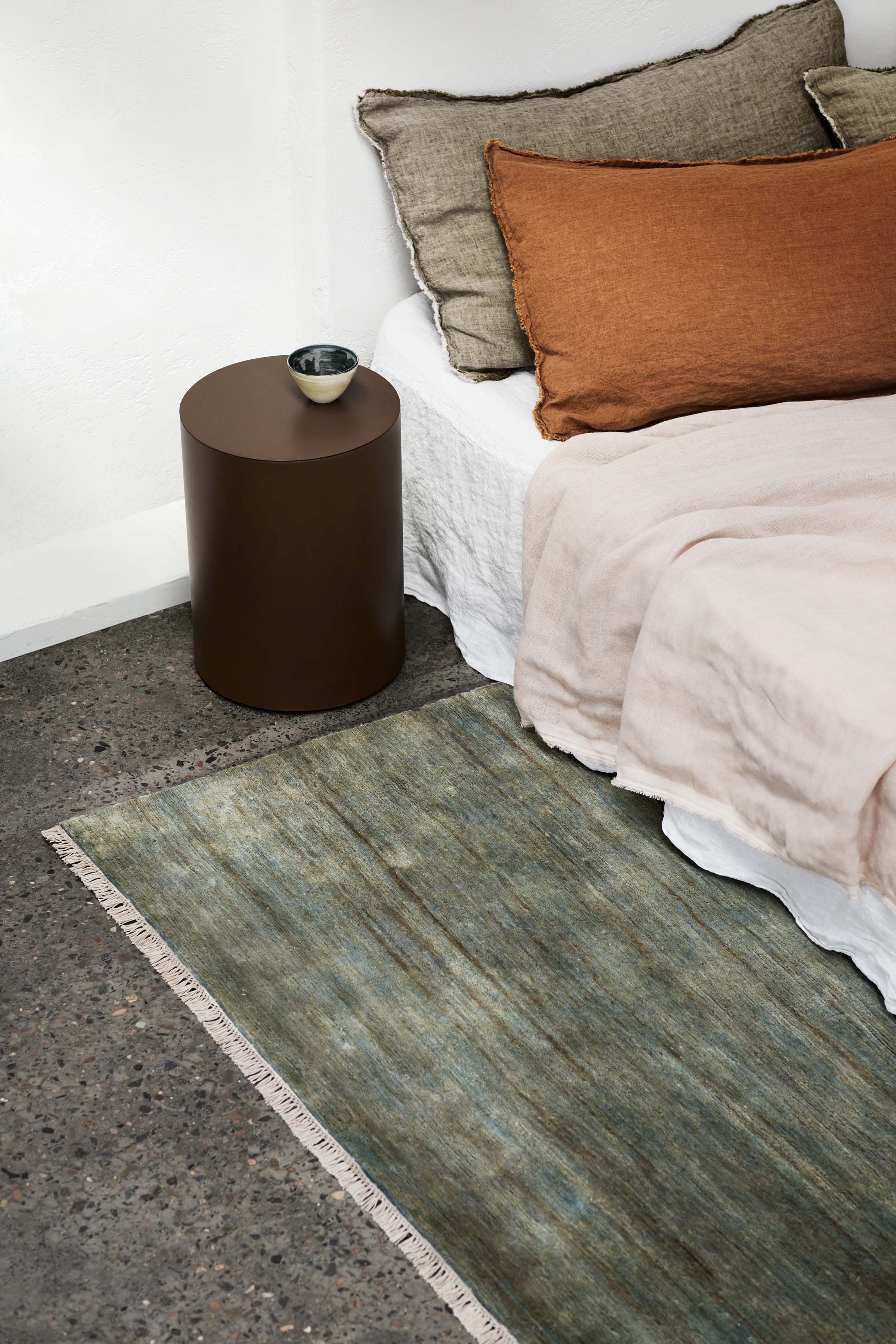 She had also started a not-for-profit that funded preschools in the poorer areas of India. She met Pottharst at a trade fair and the initial relationship, while instantly one of personal connection, was also one of commerce with each supplying and supporting the other’s business. The connection between the two, however, was a kind of crazy unstoppable force that kept coming back to the same proposition that they should do something together.

“We connected on a really deep level, and then we have an aesthetic that is complementary, so designing ranges is a pleasure. We work from different angles, but we can get to a point where it becomes a symbiosis of strengths,” says Pottharst.

“Jodie had the strength of understanding gained from working in India, while I had only worked from afar. The way we both wanted to work, in a way that gave back, was what really spurred us to grow the business,” she adds.

Their initial foray into the market as Armadillo & Co was via the Melbourne Décor and Design fair. The entry point was aimed at small boutique homewares stores.

“It was achievable, it was a product that people could identify with – simple understated rugs that were well made with natural fibres. The ethical side of our practice has been there from the start,” says Fried. 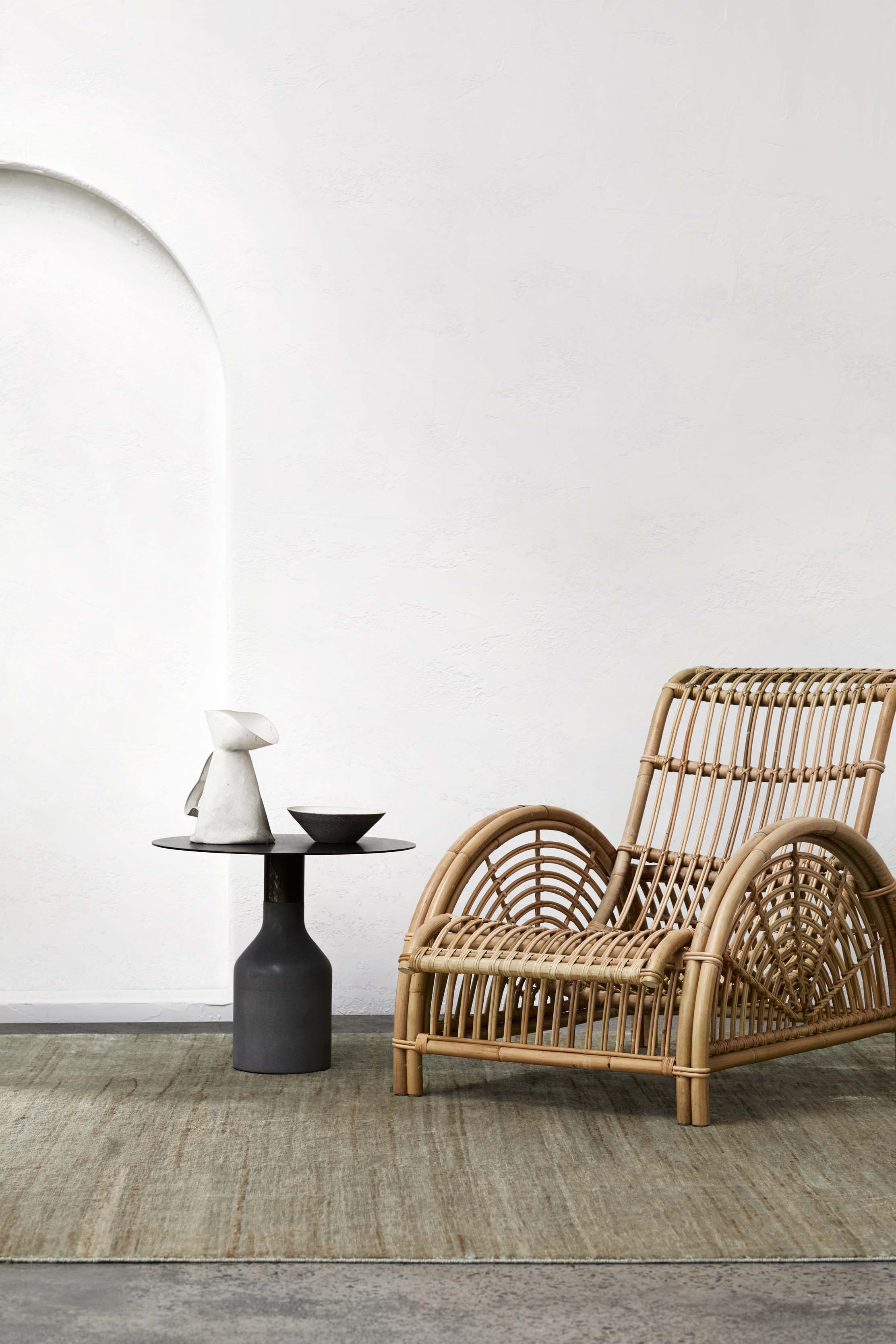 By starting in this way the production was also achievable and allowed a pace they could honour, even as their popularity grew. “There were crazy times. Once there was the uptake, we were busy… really busy! It was exciting and we were passionate about what we were doing, so it fuelled that energy and we made it work,” says Pottharst.

Having an ethical foundation was and remains the heart of the business with sponsorship and support given to schools local to the weavers. By 2014 the company (now styled as A&Co.) was fully funding the Kantilal Vidya Mandir School. In 2017 this was formalised as a foundation.

“The foundation gives clarity, structure and governance to propel the school forward rather than just letting it tick over. Social responsibility is close to our hearts and this gives back and improves the lives of children. Education allows the children to flourish and have a childhood,” says Fried.

Importantly, there is nothing of the token about their commitment with a significant board overseeing the endeavour, which currently provides school to grade five for 240 children across six classes of around 35 per class.

Already paying for teachers, principal, books and all running costs, they have developed a further nine-year scholarship to support four girls annually into senior school. Initially established in 1994 via Care and Fair – a non-profit organisation looking after the weaving community – the school was funded by a German group for some years before a Canadian company stepped up to take stewardship.

“We were working with people in India and a board member introduced us to the school as the Canadians had gone into receivership. We don’t like to see any company have financial troubles, but we didn’t hesitate. We said ‘yes’ straightaway – for us it was a gift to be given this school to take care of and really make a difference,” says Pottharst.

As the company has flourished, the A&Co. direction has had to alter. Creating pieces for interior designers was a key driver from inception, but they were also aware of the fiscal realities of growing a business and the need to start by supplying at volume to boutique homeware stores. By 2011, the brand had started to appear on specifier sheets with designers giving feedback and suggestions. 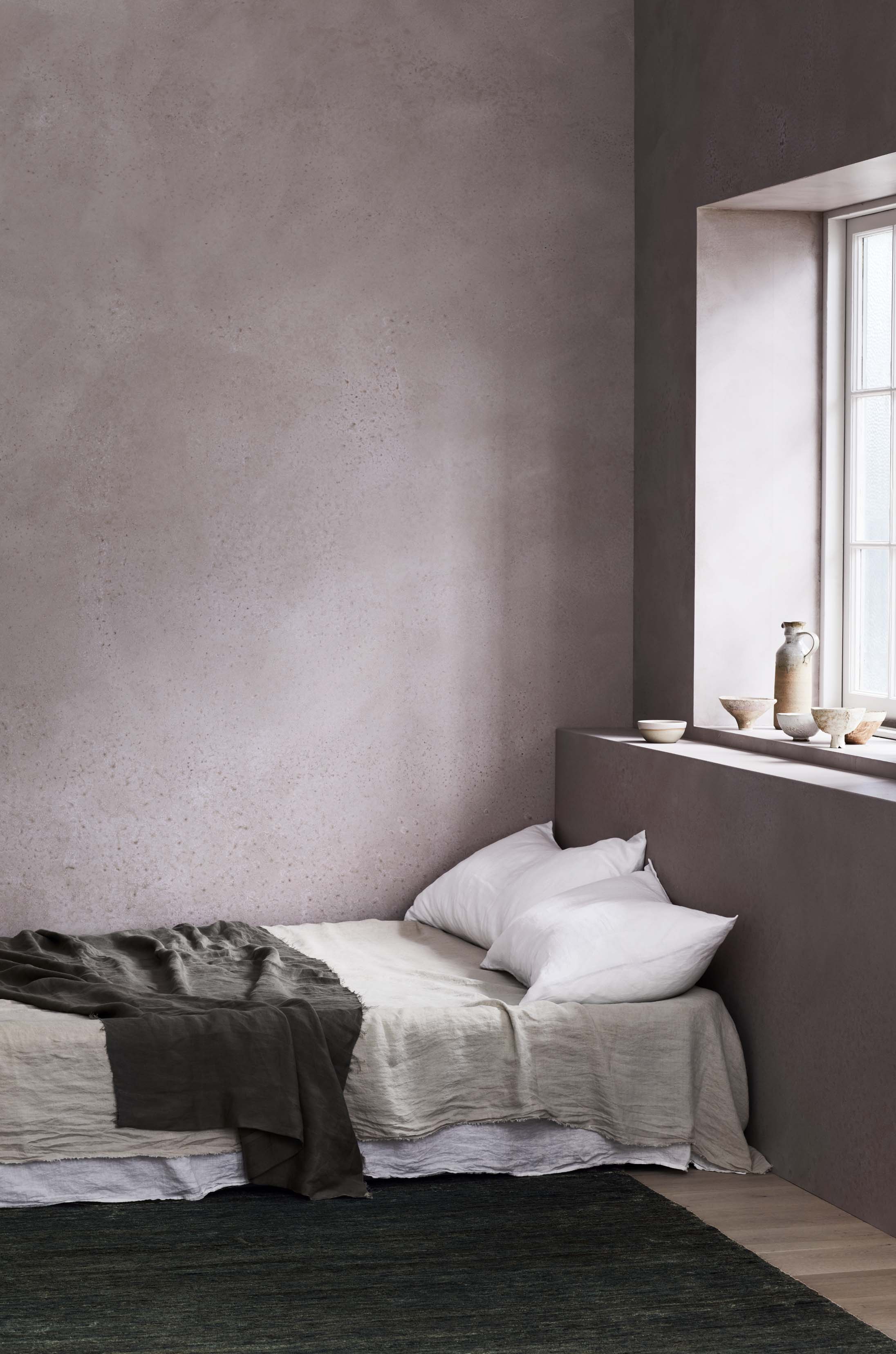 “We were small and agile, and could respond to those requests to deliver a bespoke product,” says Fried.

Defining the product further was a range that offered more than what was then available in terms of aesthetic, size, variety and so forth. This has now been streamlined to a selective and saleable offering. The growth of the business had in some ways to be tempered.

With an entirely handmade product, there is a procurement process to consider rather than a factory of machines pumping out a product. As such, being specified for a boutique hotel was a solid win that could be achieved. They have also had to consider the competition moving into the space they once occupied exclusively and have made a conscious decision to reduce what was initially their bread and butter lines, while concentrating on high-end bespoke rugs. “The new territory for us was to elevate the brand and product to grow smarter rather than faster.

We made the decision to move towards a higher end, understanding that it would be slower but better,” says Fried. To achieve this the firm has reduced its network while pursuing a more exclusive approach through consolidating, strengthening and increasing innovation. 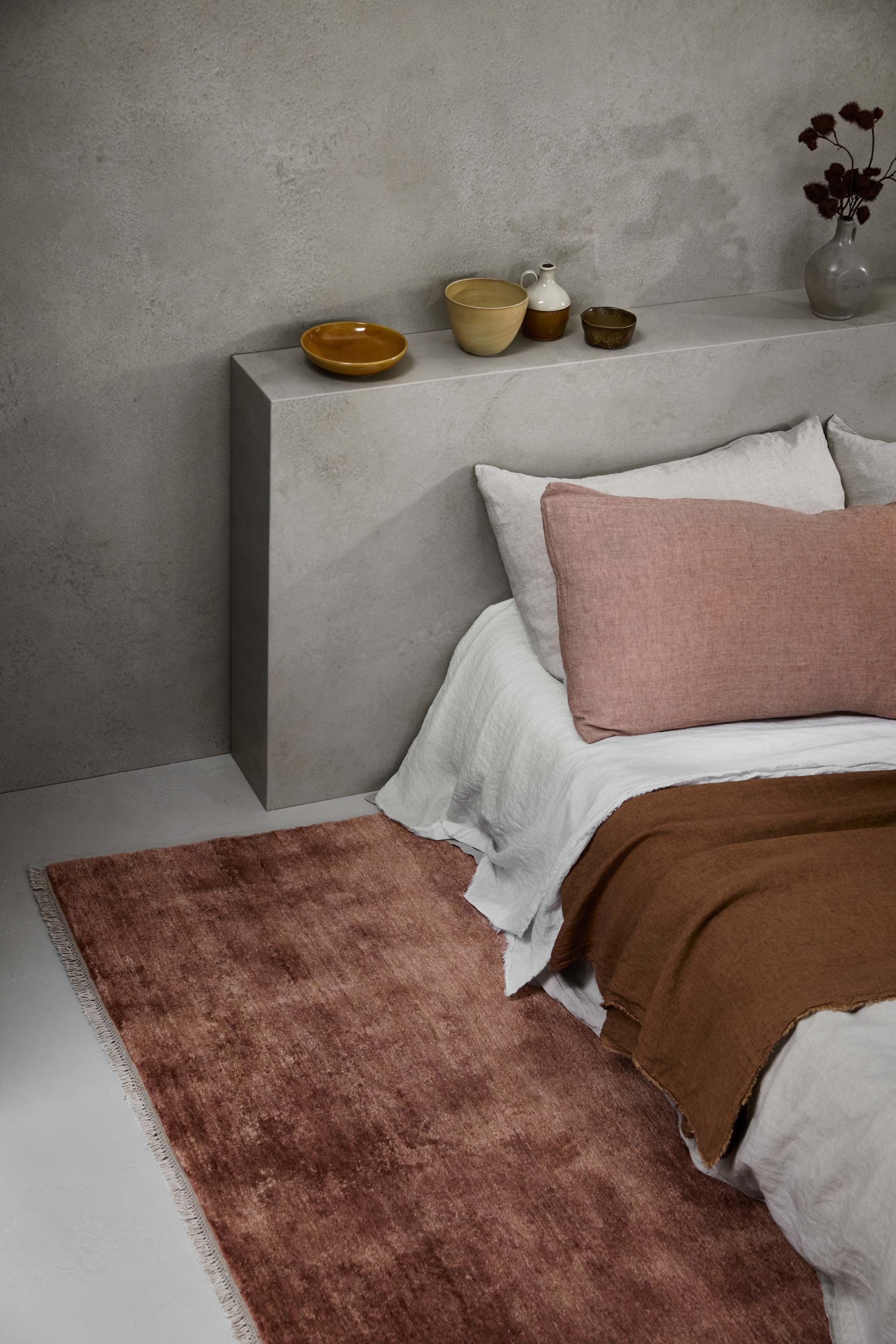 Developing several lines a year, with overlap as ranges organically expand, means cost has always been a consideration. To this end, the rugs, while all of an exemplar quality, explore different knot numbers and levels of refinement of weaving. 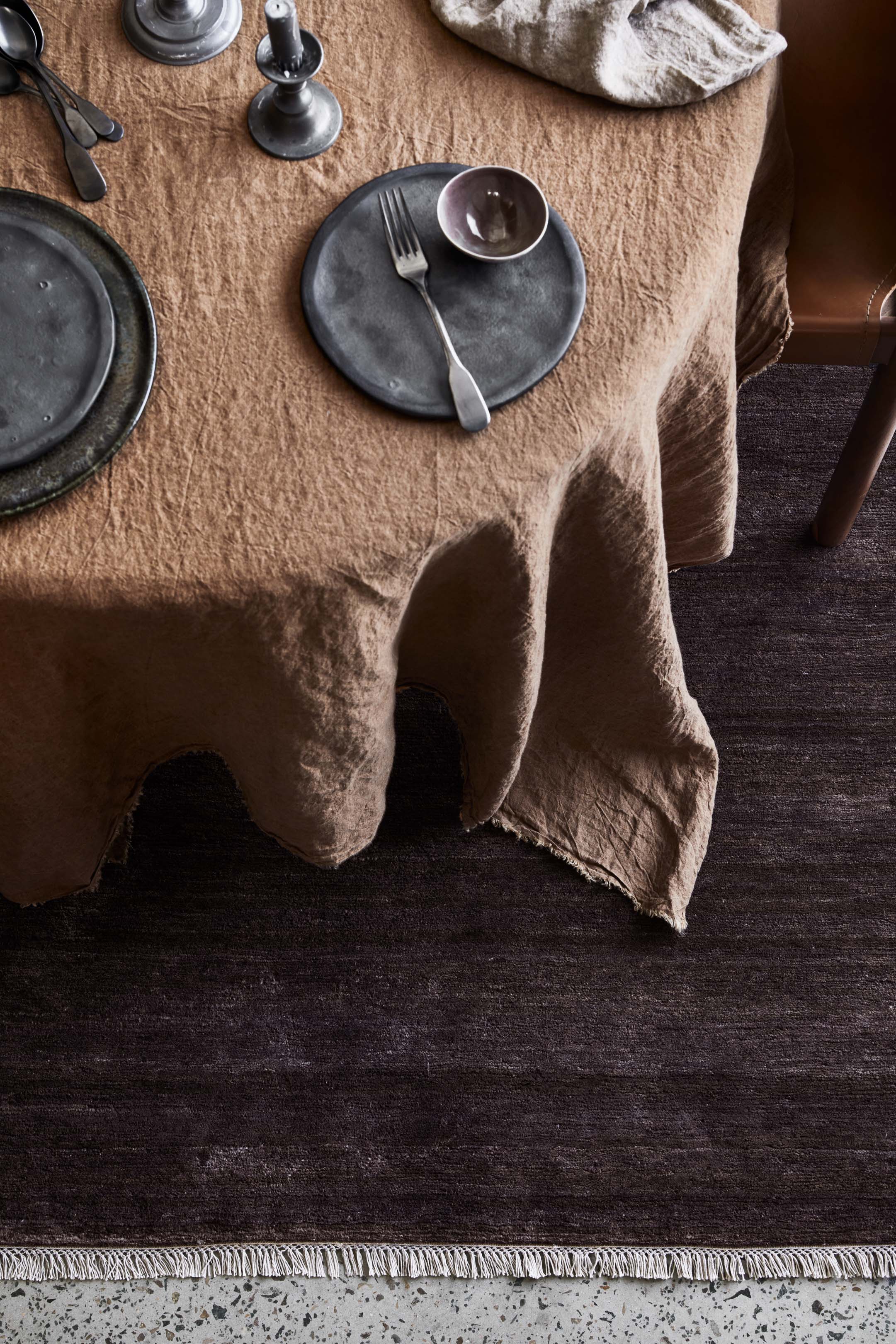 This has since been augmented by a small showroom in New York, with both aligned to the new strategy of working directly with interior designers to create bespoke rugs of exceptional quality. Both outlets are, perhaps more importantly, supporting the children of Kantilal Vidya Mandir and helping to make the selection of a beautiful rug an ethical choice.